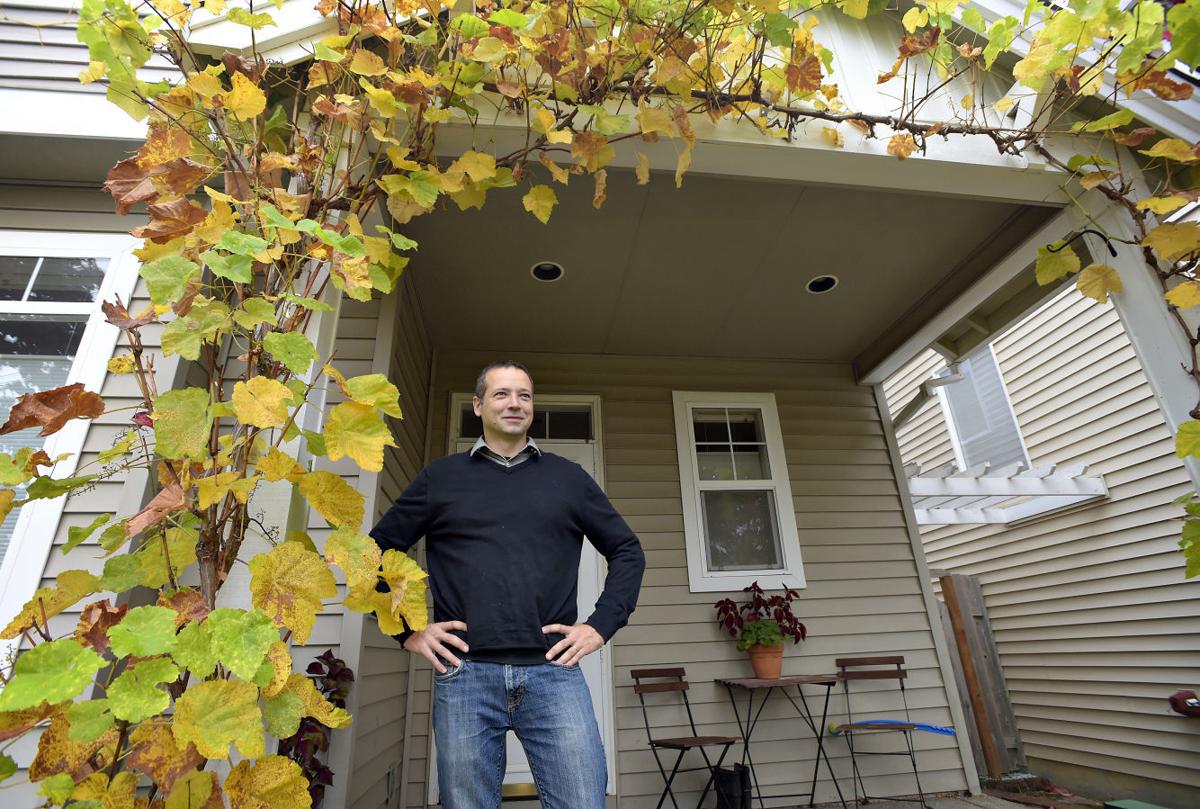 David Baker, a filmmaker and OSU employee, is the author of “Vintage,” a wine-related novel. Baker makes about 20 gallons of wine a year, some from the grapes on his front porch. 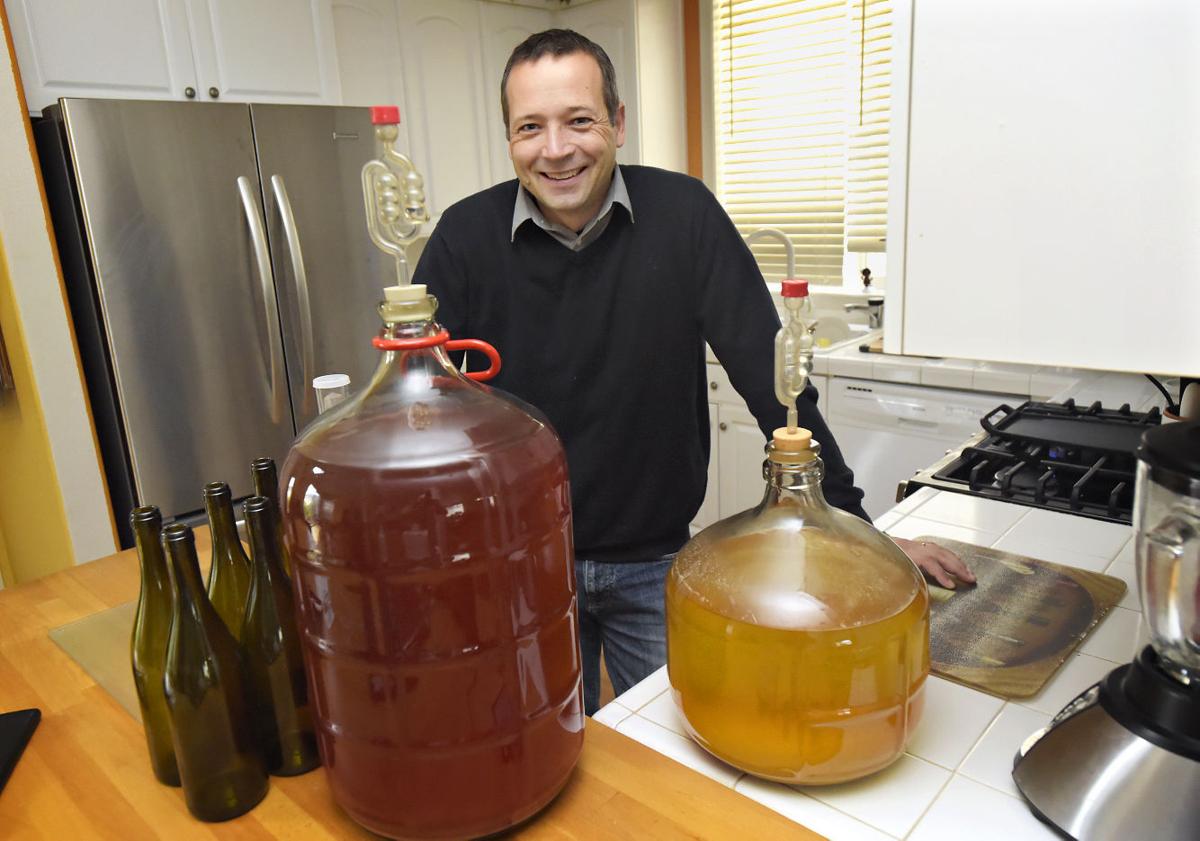 David Baker makes about 20 gallons of wine a year. Here he has a pinot gris and a chardonnay ready for bottling. Wine plays a key role in Baker’s new book, “Vintage,” the first novel from the Corvallis writer.

As David Baker and his colleagues interviewed winemakers for a documentary movie, a common theme emerged: Each of his subjects had experienced what Baker called an “epiphany,” a moment when they knew they were being called to winemaking.

Baker knew the feeling. He had his own epiphany 15 years ago, when he stumbled upon Beaune, a town in France surrounded by ancient vineyards.

“I wasn’t a wine drinker then,” Baker said in an interview this week. But strolling through the vineyards on a side trip, he felt the moment: “I just felt something special. The bottom of your feet tingle.”

That moment eventually led to the documentary “American Wine Story.” It explains why Baker’s Corvallis house and garage are filled with winemaking equipment.

Now, it has given birth to a wine-themed novel, “Vintage,” Baker’s first book, published last month by Touchstone, an imprint of Simon & Schuster. The publisher is pleased enough with the novel that it’s sent Baker on a small-scale book tour, a rarity for a first-time novelist. On Thursday, Baker, 44, is scheduled to read from the novel at Grass Roots Books and Music in downtown Corvallis. The free event starts at 7 p.m.

The book, which Baker has been working on since 2008, tells the story of Bruno Tannenbaum, a Chicago food writer who’s landed on hard times: He gets laid off from his newspaper job and is estranged from his wife and two daughters.

Then he gets a break: He stumbles on a clue that could lead to a “lost” wine vintage, one of many bottles stolen and smuggled out of France during World War II. It could be worth a fortune and could put Bruno back on top — but he’s not the only one in pursuit.

Baker said he started “Vintage” as a screenplay first, but that didn’t really go anywhere. In fact, it wasn’t until he started writing vignettes in Bruno’s voice — fictional excerpts from Bruno’s only best-selling book – that the book started to take off. (Those vignettes now start each chapter in “Vintage,” and they often include gourmet recipes — recipes that Baker said he personally cooked.)

Baker also liked the idea of building a novel around a bombastic, not always likeable, lead character. In fact, he said, Bruno was even more cranky in early drafts of the book, but advice from Baker’s agent and editor helped soften the character.

Even with the harsher edges, Baker said, “I always had a soft spot for him. … I’m full of forgiveness for heroes who don’t quite deliver.”

Baker himself is focused on delivering: He’s started early work on another food-themed novel, this one set in Missouri. He’s working on a documentary about the decline of coral reefs for his day job at Oregon State University. He’s also working on ideas for other wine-related movies.

To keep all those balls in the air, he rises at 5 a.m. to walk the dog and then settles in for a couple of hours of work before the day job beckons. “You’d be surprised what you can accomplish in small chunks day after day,” he said.

And in a house filled with books and homemade wine, Baker can easily draw parallels between writing and winemaking: “Writing a novel and making wine have certain similarities because they’re epic projects,” he said. “Writing a book has that full kind of sweep.”

David Baker, a filmmaker and OSU employee, is the author of “Vintage,” a wine-related novel. Baker makes about 20 gallons of wine a year, some from the grapes on his front porch.

David Baker makes about 20 gallons of wine a year. Here he has a pinot gris and a chardonnay ready for bottling. Wine plays a key role in Baker’s new book, “Vintage,” the first novel from the Corvallis writer.