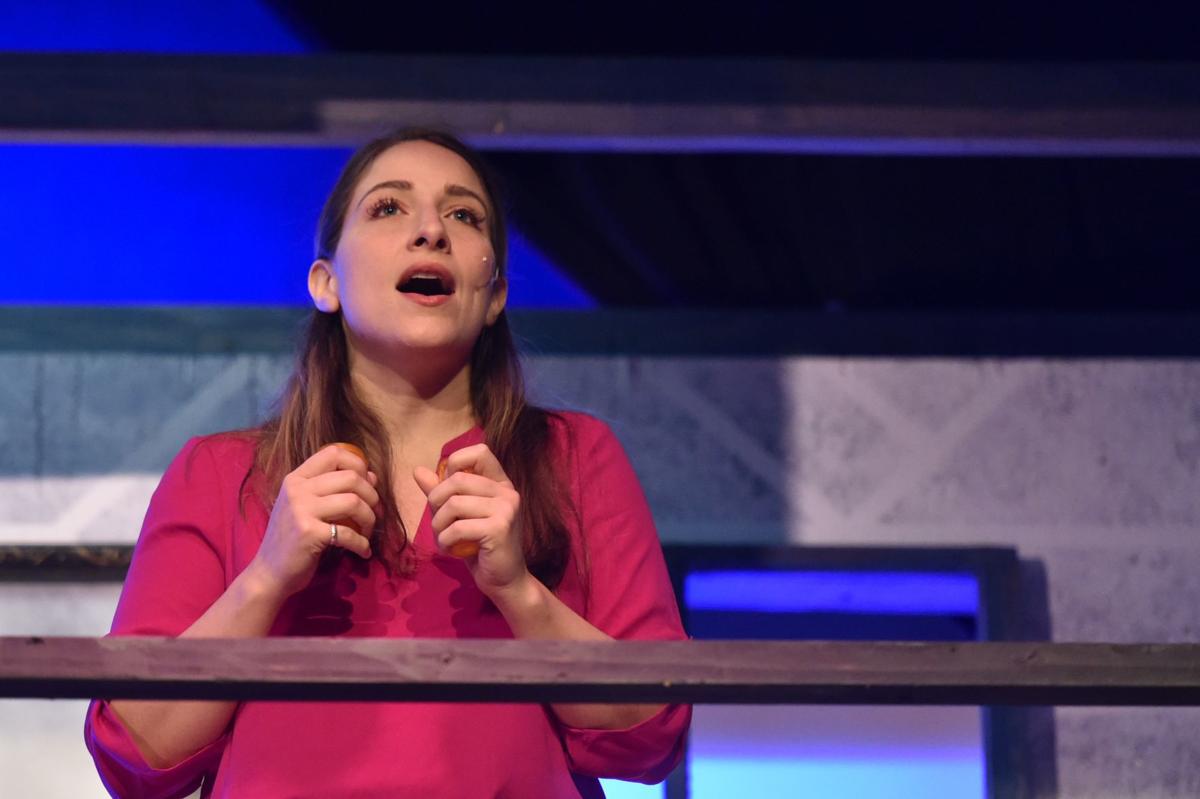 Weekend: 'Next to Normal'

• Theater: Bryony DuPont plays the role of Diana Goodman, a suburban mother battling bipolar disorder, in the Majestic Theatre's production of the musical "Next to Normal." DuPont will switch off in the demanding role with Jocelyn Eisenlohr. The musical, a Pulitzer Prize-winner for best play, continues its run at the Majestic this weekend starting Thursday night; see majestic.org for details. 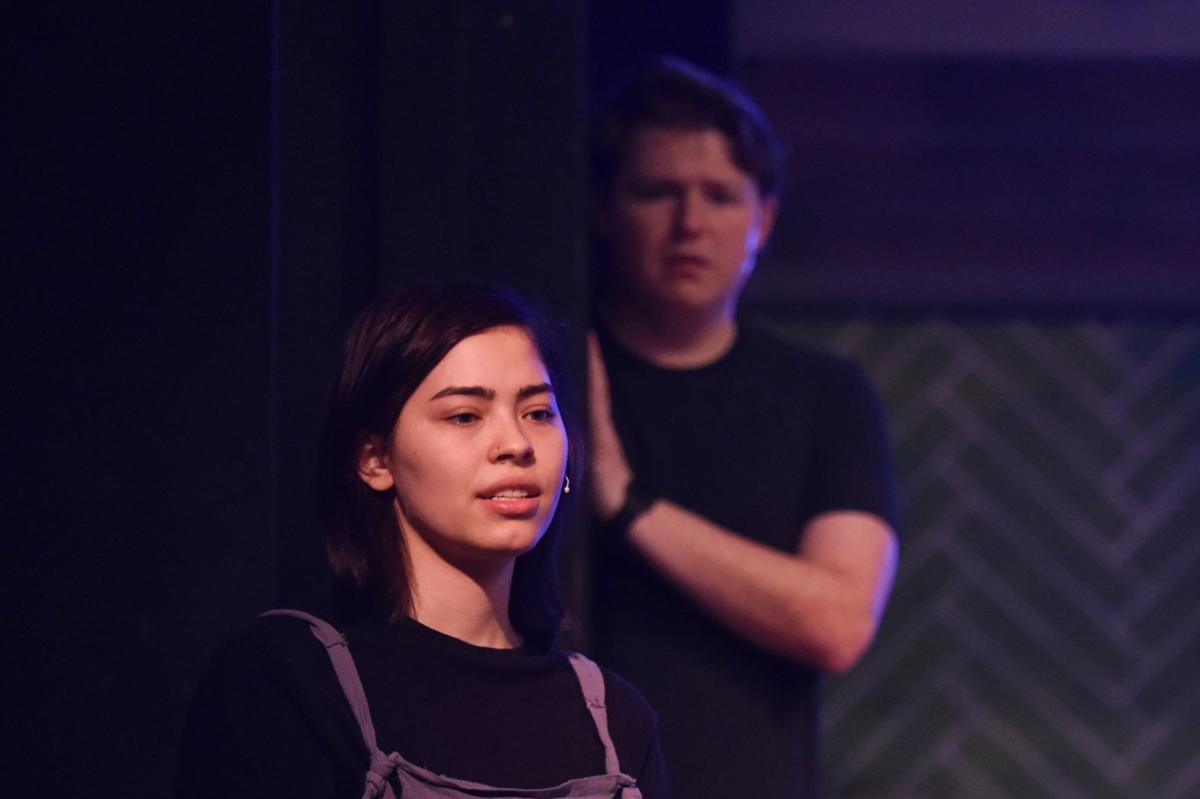 Natalie Goodman (Jasmin Nicole) must cope with her mother's mental illness — and also with a neighbor boy, Henry (Donovan Cassell) who might have a crush on her in the musical "Next to Normal."

You know how people sometimes call a play or a movie a "feel-good" show — or how a downbeat program sometimes gets labeled a "feel-bad" show?

Ruth Mandsager has a different term for "Next to Normal," the musical she's directing that debuts Friday night at the Majestic Theatre in Corvallis. (See the box for show details.)

"It's a feel-everything musical," she said. "It's a moving drama. You're going to feel everything."

And that's only appropriate: "Next to Normal," which won the 2010 Pulitzer Prize for best play, centers on a mother who struggles with worsening bipolar disorder and the effects that the illness has on her family.

It sounds like it could be heavy going — and Mandsager says it can be, at times. But the show also features stunning music, she said, and a wicked sense of humor. It's no wonder that critics like The New York Times' Ben Brantley said watching the show "is to ride a speeding roller coaster of responses. One minute you're rolling your eyes; the next, you're wiping them. When the show ends, you're probably doing both at the same time."

But the show, with its unflinching look at mental illness, is just as timely as it when when it opened in New York more than a decade ago.

"Everyone's lives have been touched in some way by mental illness," Mandsager said.

But maintaining that roller coaster of emotions requires considerable skill from the cast, in particular the actresses playing Diana Goodman, the suburban mother at the heart of the show. "She's just like a soccer mom," Mandsager said. "She's everybody's mom."

"It's a huge role," she said — and it comes with an additional challenge: "The trickiest thing is to find someone who can sing it," and the show's songs run the gamut from rock 'n' roll belters to tender ballads.

Considering those challenges, Mandsager elected to double-cast the role: Bryony DuPont and Jocelyn Eisenlohr each will take turns with the role during the show's run. "Both are so good," Mandsager said, "so uniquely talented, each in different ways."

The role of Dan, Diana's husband, is just as important to the show in many ways, and Mandsager chose to double-cast that role as well, with AJ Millet and Colin Salisbury playing the part in different performances.

Rehearsing such an emotional show offers challenges, but Mandsager has encouraged her cast and crew to stay grounded throughout: "Trust the show and trust yourself," is frequent advice to her cast members.

And it's the music that really elevates "Next to Normal," Mandsager said: "The music is absolutely gorgeous and stunning." (The score won a Tony Award.)

With all that said, though, Mandsager understands that the musical can be a bit of a tough sell: "We've been struggling with how to market this show," she said, and she noted that it's the type of production that's likely to generate word of mouth as its run continues.

But, she said, "Next to Normal" is a beautiful and emotional part of a conversation about mental illness that needs to continue in this country. (In fact, Sunday matinees will feature talkback sessions after each performance.)

These says, she said, "we are better about talking about" the issues surrounding mental illness than we were when the play first debuted more than a decade ago. But that doesn't make the conversation any less essential, she said, and "Next of Normal" has something vital to say.

Her advice to potential theatergoers who might be curious about the show?

"I think you should give this a try."

WHAT: The Majestic Theatre production of "Next to Normal," with music by Tom Kitt and book and lyrics by Brian Yorkey

INFORMATION: For more information and tickets, go to the website majestic.org.

In the original version of this story, the name of Bryony DuPont was misspelled in a photo caption.

Weekend: 'Next to Normal'

• Theater: Bryony DuPont plays the role of Diana Goodman, a suburban mother battling bipolar disorder, in the Majestic Theatre's production of the musical "Next to Normal." DuPont will switch off in the demanding role with Jocelyn Eisenlohr. The musical, a Pulitzer Prize-winner for best play, continues its run at the Majestic this weekend starting Thursday night; see majestic.org for details.

Natalie Goodman (Jasmin Nicole) must cope with her mother's mental illness — and also with a neighbor boy, Henry (Donovan Cassell) who might have a crush on her in the musical "Next to Normal."