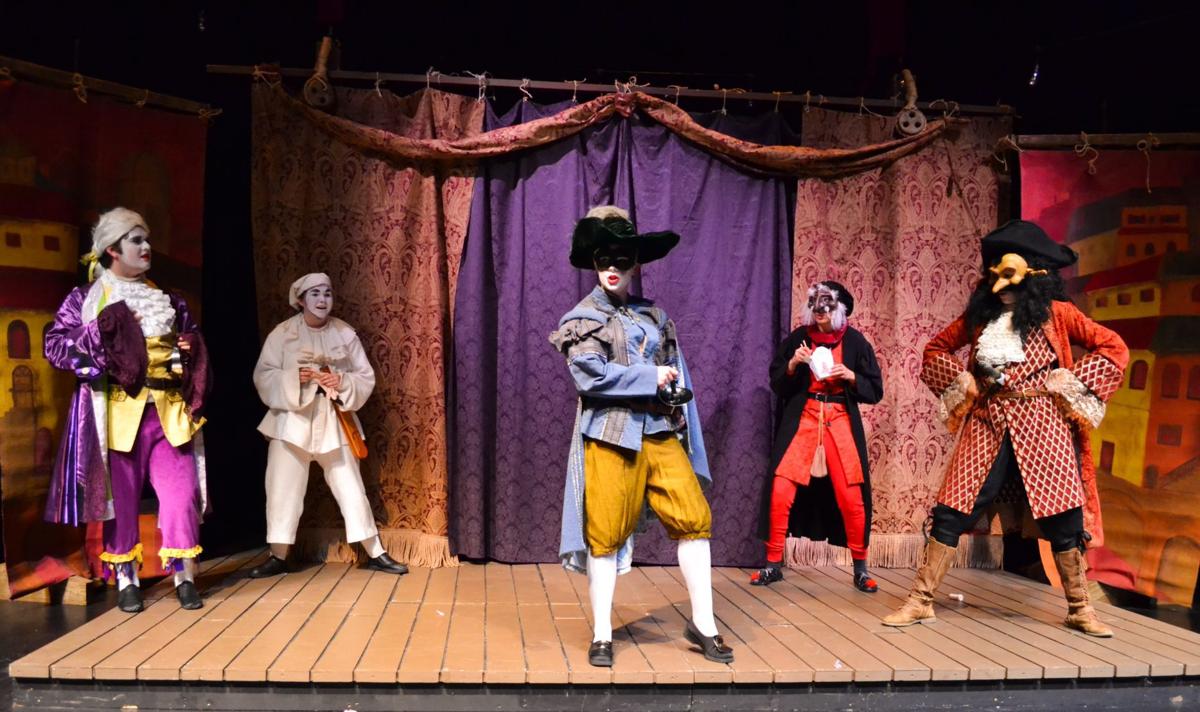 Actors strike their poses in the Linn-Benton Community College production of "The Duelist." The commedia dell'arte show opens Friday. 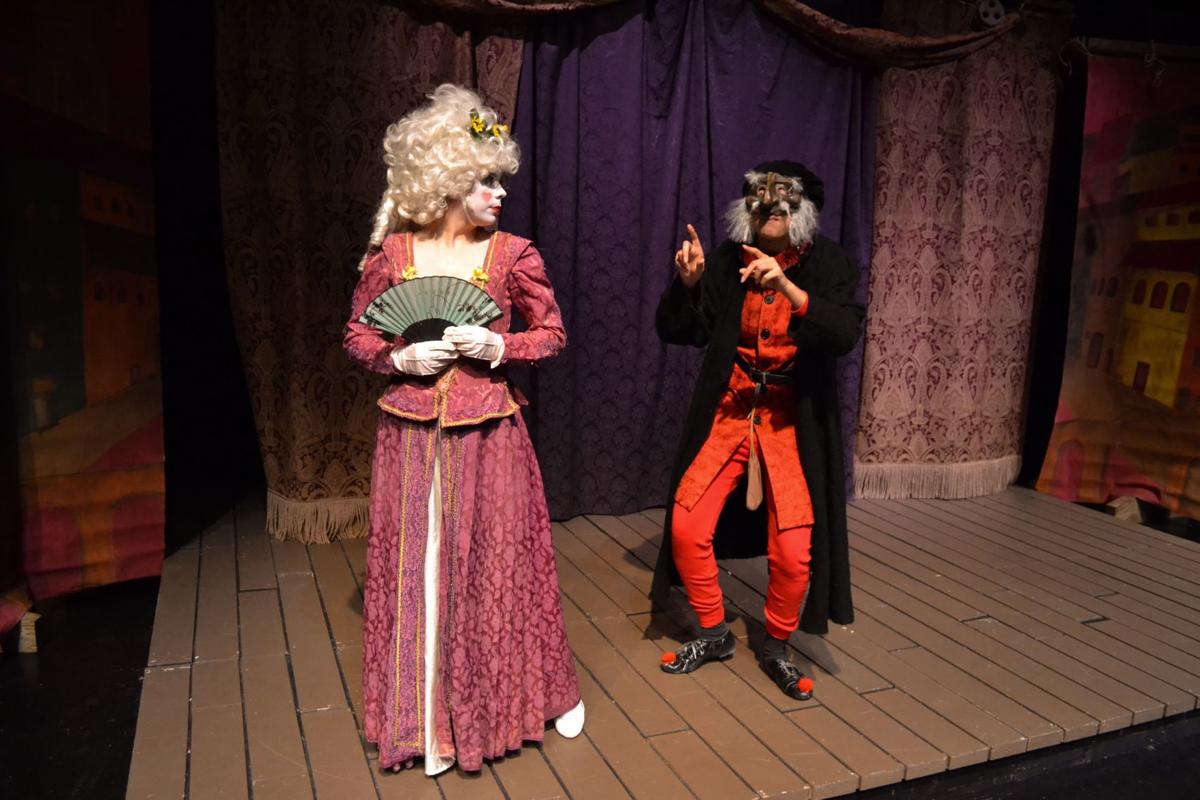 The stylized costumes of commedia dell'arte also help to tell the story for audience members who were familiar with the conventions of the genre.

The theatrical tradition of commedia dell'arte started in the Italian Renaissance. But, centuries later, its stylized costumes and storytelling still offer terrific training for actors, and here's part of the reason why:

"One of the hardest things an actor can learn to do on stage is to listen," said Tinamarie Ivey, who's directing "The Duelist," a new commedia dell'arte production at Linn-Benton Community College. (The production runs through Nov. 23. See the related story for details about performance times and tickets.)

That's because much of the play is improvised: Ivey provides what she called a "very loose script" that offers a bit of structure to the show — and, of course, each commedia dell'arte follows essentially the same storyline. That still leaves actors plenty of room to improvise — but it also means that actors need to be paying intense attention to everything that's going on around them.

"Our students are getting the opportunity to develop their work in a collaborative environment," Ivey said.

Not to mention the opportunity to develop their skills at physical comedy: For centuries, she said, audiences have been attending commedia dell'arte performances in large part to see the "lazzo" — any bit of verbal or physical humor, ranging from simple pratfalls to sophisticated acrobatics. In fact, Ivey noted, the term "slapstick" originated with commedia dell'arte; it refers to a prop carried by the servant characters in the play.

Stone used the form while he was devising a recent show called "I Got Guns!" The success of that production helped to convince Ivey and Stone that the time was right for another show — although she noted that "The Duelist" is not as overtly political as "I Got Guns!," although the improvisational nature of the form allows for topical political satire, as it did centuries ago, when troupes toured Europe.

"You want it to be true to its original form," Ivey said, "but yet you want to engage audiences and make it relevant to today's audiences."

The plot of "The Duelist" is classic commedia dell'arte: There are two lovers. The lovers cannot be together because their fathers hate each other, or because one of the fathers wants to marry off the daughter to an elderly old man or military captain. Plans must be hatched to unite the lovers — and these plans usually are led by servants of the lovers or the fathers. True love eventually wins out, but not before overcoming many obstacles.

As for the costumes, Ivey said they also help tell the story — to the point where audiences who didn't speak the language used by the performers still could follow the plot. The lovers, she said, "are always quite beautiful." And the captain's costume almost always features the color yellow — a signal to the audience that the character is "cowardly." (Ivey has made many of the costumes for "The Duelist" and has borrowed some from Oregon State University.)

One of the pleasures of directing a commedia dell'arte production, Ivey said, is watching the actors grow into their characters to the point where they start to try new bits in rehearsal — and to gain the confidence to understand that not everything they try is going to work.

"I look at my role in all of this as being able to guide them," she said. "I don't want to take ownership at all."

HOW MUCH: Tickets are $10 general admission, $7 for students and seniors. Tickets can be purchased at the box office an hour before showtime or online at linnbenton.edu/tickets. For more information, contact the box office at 541-917-4531.

Actors strike their poses in the Linn-Benton Community College production of "The Duelist." The commedia dell'arte show opens Friday.

The stylized costumes of commedia dell'arte also help to tell the story for audience members who were familiar with the conventions of the genre.