Classic 'Carol' comes to ACT
Share this
{{featured_button_text}}
1 of 3 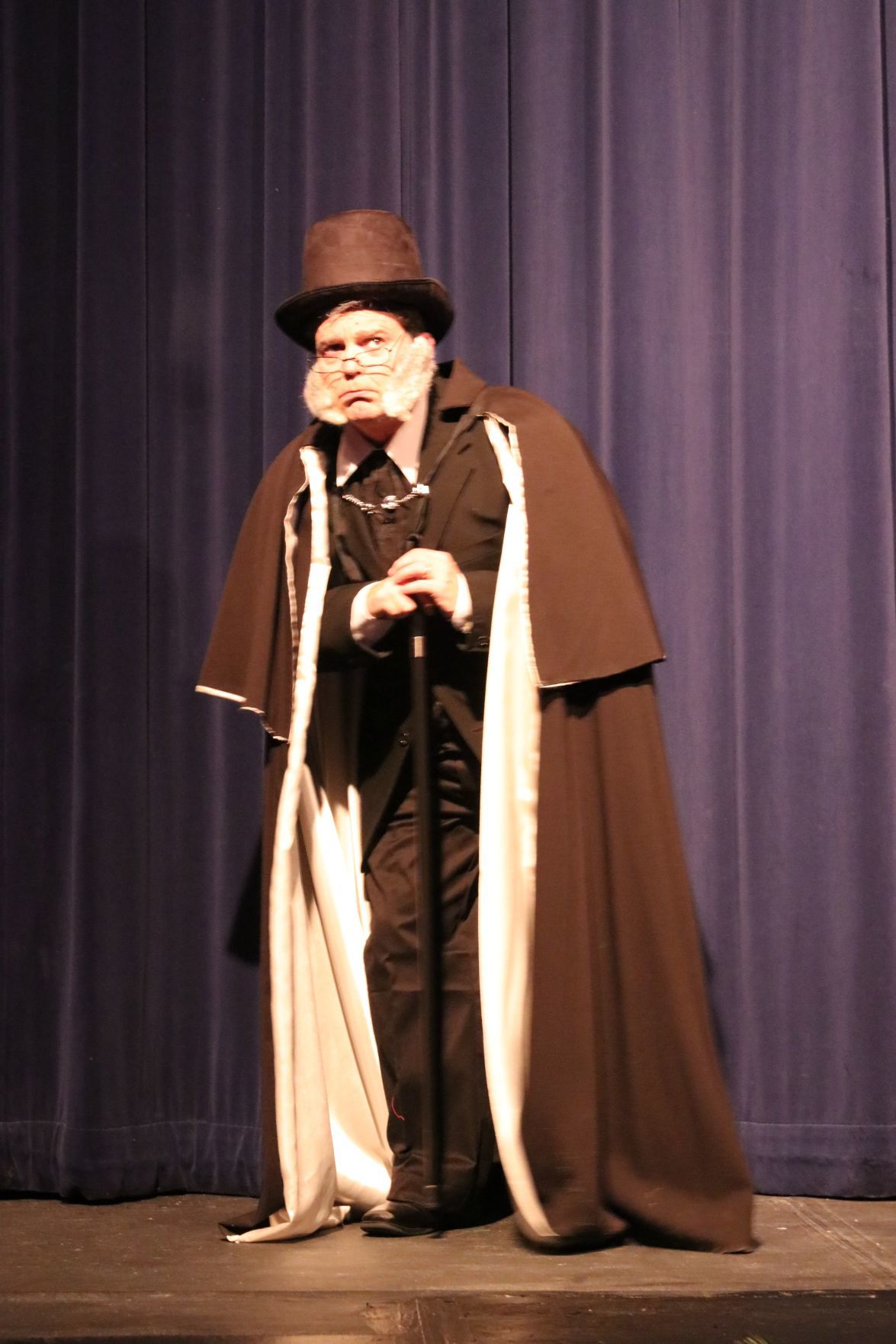 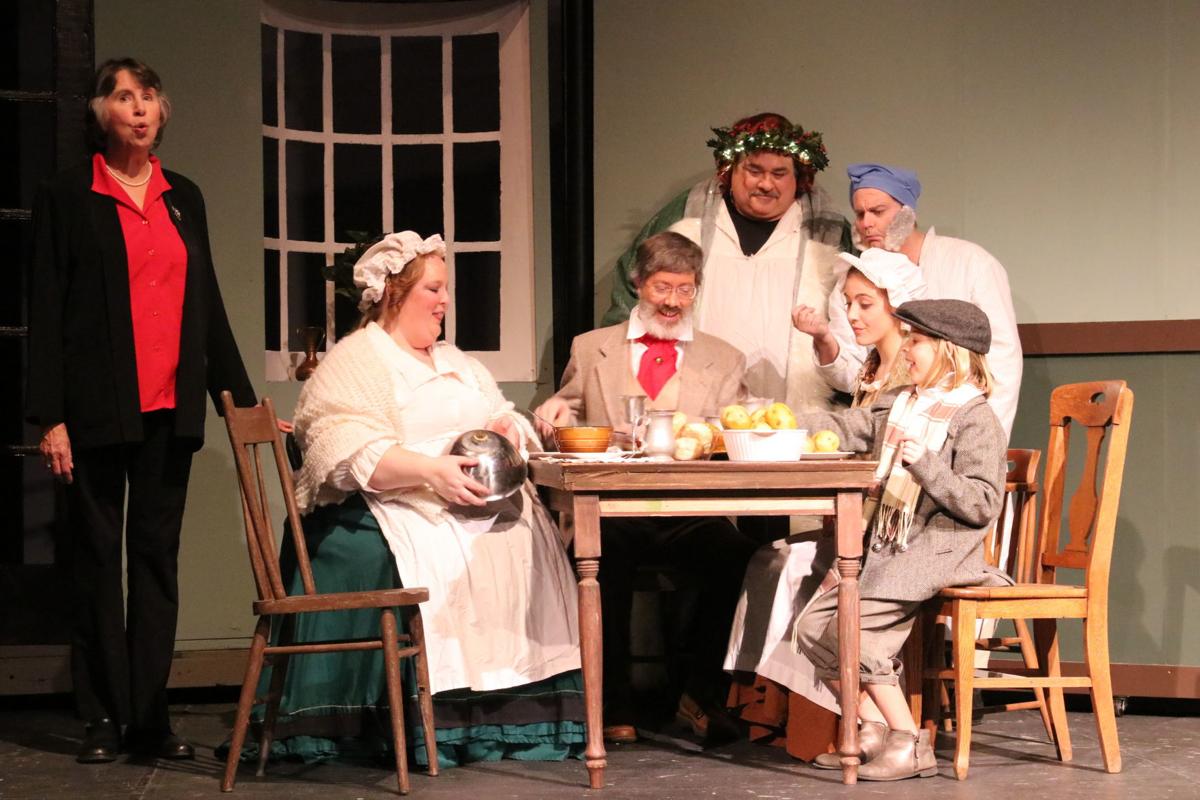 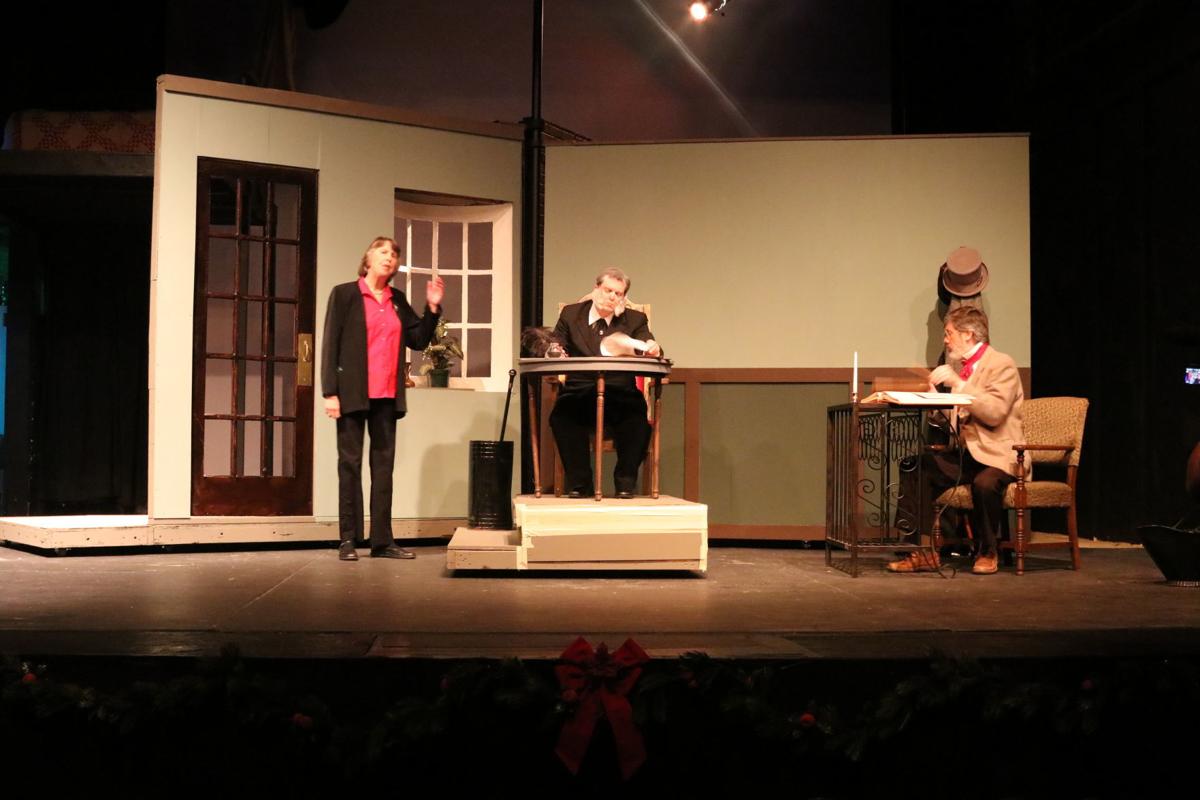 "It's tradition in our house. We read the original for Christmas," the Albany resident said. "When I was little, before I could read, my mom read it to us."

Now, it's Anderson's turn to keep up the tradition. Only instead of just reading Charles Dickens' classic tale of the redemption of Ebenezer Scrooge to his own family, he'll bring it to life for mid-valley audiences starting this weekend at Albany Civic Theater.

Anderson directs the show, which runs at 7:30 p.m. Dec. 6-7, 13-14, and 19-21, with 2:30 p.m. matinees Dec. 8 and 15. Leslie Hogan narrates, and the 26-person cast includes Chuck Skinner as Scrooge, Davin Dahlgren as Bob Cratchit, and Mckenzie Lockhart, Tom Martin and Josh Mitchell respectively as the ghosts of Christmases Past, Present and Future. Alice Burt and Wyatt Callison trade off for the role of Tiny Tim.

Scrooge's journey from penny-pinching sourpuss to generous benefactor — prompted by ghostly visitors who let him know in no uncertain terms exactly what his legacy will be if he doesn't shape up — has been documented by countless thespians in countless ways. Pick your time period; you'll probably find an adaptation. Pick your main character: Scrooge has been male, female, old, young and surrounded by Muppets. Pick your genre: Comedy? Check. Cartoon? Check. Musical? Check, check and check.

Different audiences may need different styles, Anderson agreed. But for him, the traditional story needs a traditional approach. That meant setting the story in London, circa 1840, complete with all the trimmings of the time period.

"I'm a history buff," he said. "I don't like people messing with the classics. They're classics for a reason."

Audiences will find the Ed Monk adaptation slightly shorter than Dickens' original, Anderson said, but otherwise, the story is unchanged. Scrooge is a miser who refuses to pay his clerk, Cratchit, a living wage and grouses about being expected to give him a day off at Christmas. His late partner, Jacob Marley (Martin Emry), was just the same until his untimely death. Now Marley walks the spirit world wrapped in the heavy chains of his own stinginess, and he's come to warn Scrooge that the same fate awaits him unless he learns to make mankind his business rather than money.

For Hogan, the narrator, the best part of the story is the words themselves, which she called "distinctive and lovely."

"He (Dickens) knows how to write in such a way that it's fun to read," she said.

The production has seen a few challenges along the way. Illness and schedule complications disrupted attendance at times. Skinner, the main character, wasn't able to join rehearsals until his previous production, "Tuna Does Vegas," wrapped last month.

But overall, no bah-humbug here. Cast members said as well as they know the show — and some of them, like Anderson, make it a point to read or watch it every Christmas — it's still a fresh delight each time.

"I really tried to internalize Christmas Present so it wasn't like anyone else before," said Martin, who's particularly fond of the Albert Finney 1973 musical version.

Being a part of the show was "definitely a dream," he said, adding, "And I get to be loud. Beginning of the second act, it wakes people up."

The thing about Scrooge is that he receives — and acts on — a message everyone needs to hear, Anderson said, no matter who they are, what they do, when they live or what they believe. That's what makes the show a Christmas present for every generation.

People may hear Scrooge pontificate about the wastefulness of Christmas and think Dickens was taking an anti-capitalist or anti-consumerist stance. That misses the point, Anderson said.

"It's really not anti-anything," he said. "It's pro-common decency. Pro-common man, regardless of class. There's no red state, no blue state, no left aisle, no right aisle. Love your fellow man."

INFO: Tickets are available at the door or online at www.albanycivic.org.