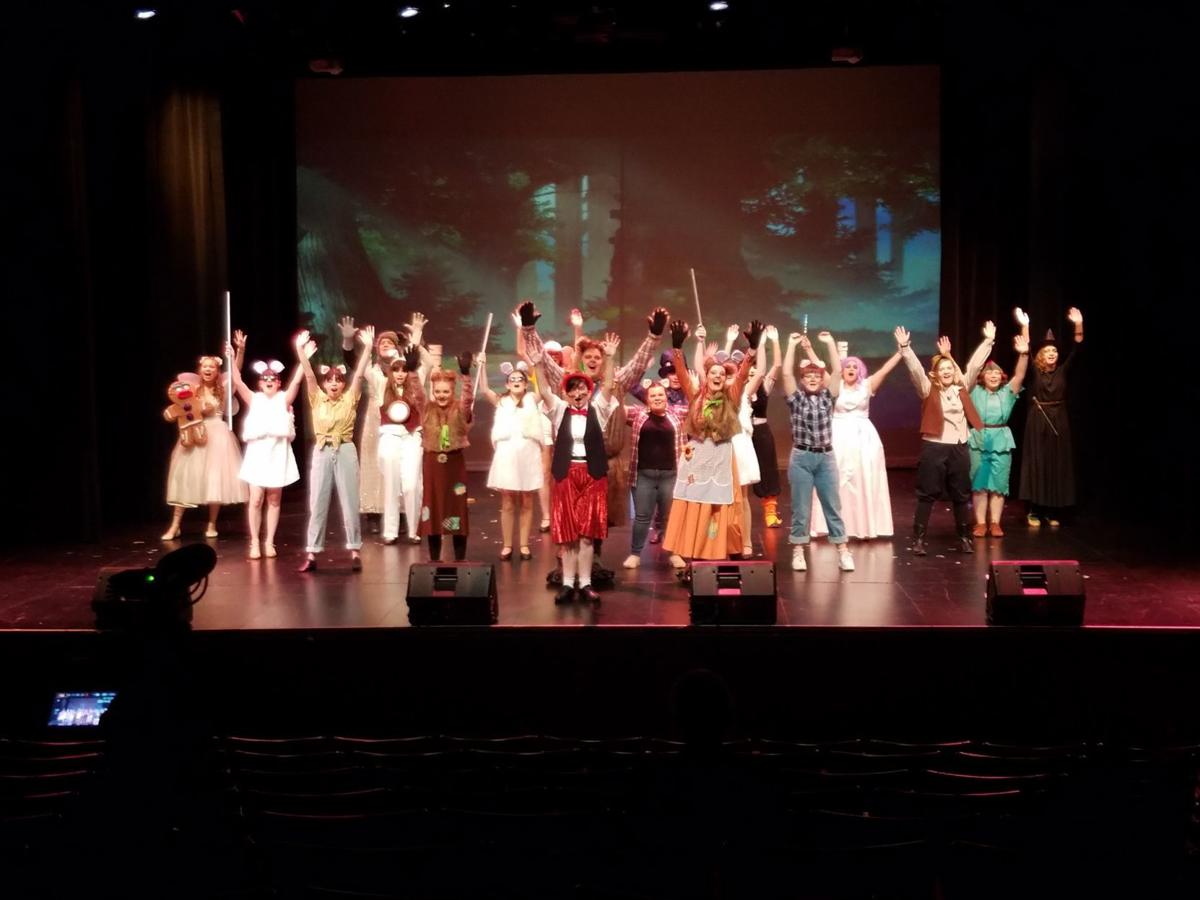 The South Albany Theater Arts program brings the timeless story of a big ogre with an even bigger heart to LBCC's Russell Trip Performance Center with "Shrek: The Musical," opening Thursday. See info box for details. 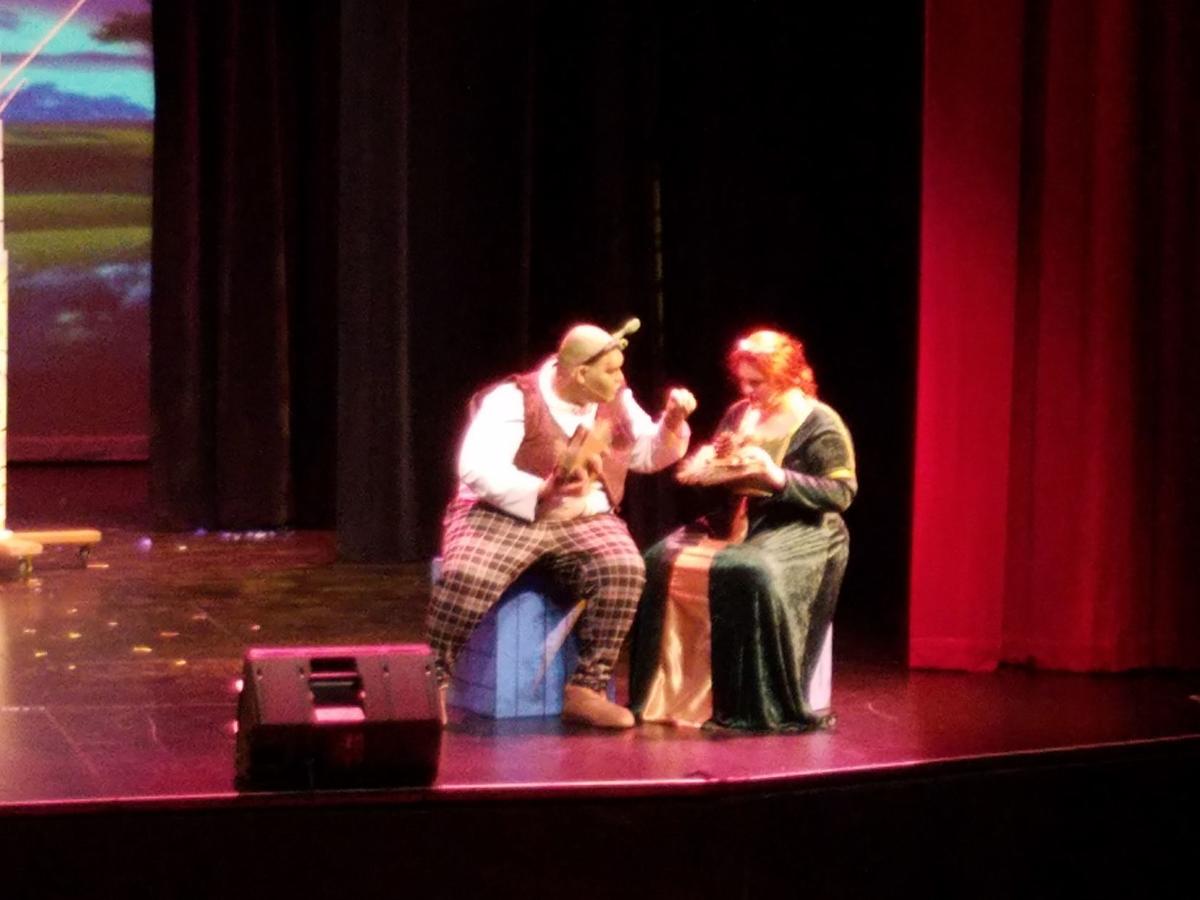 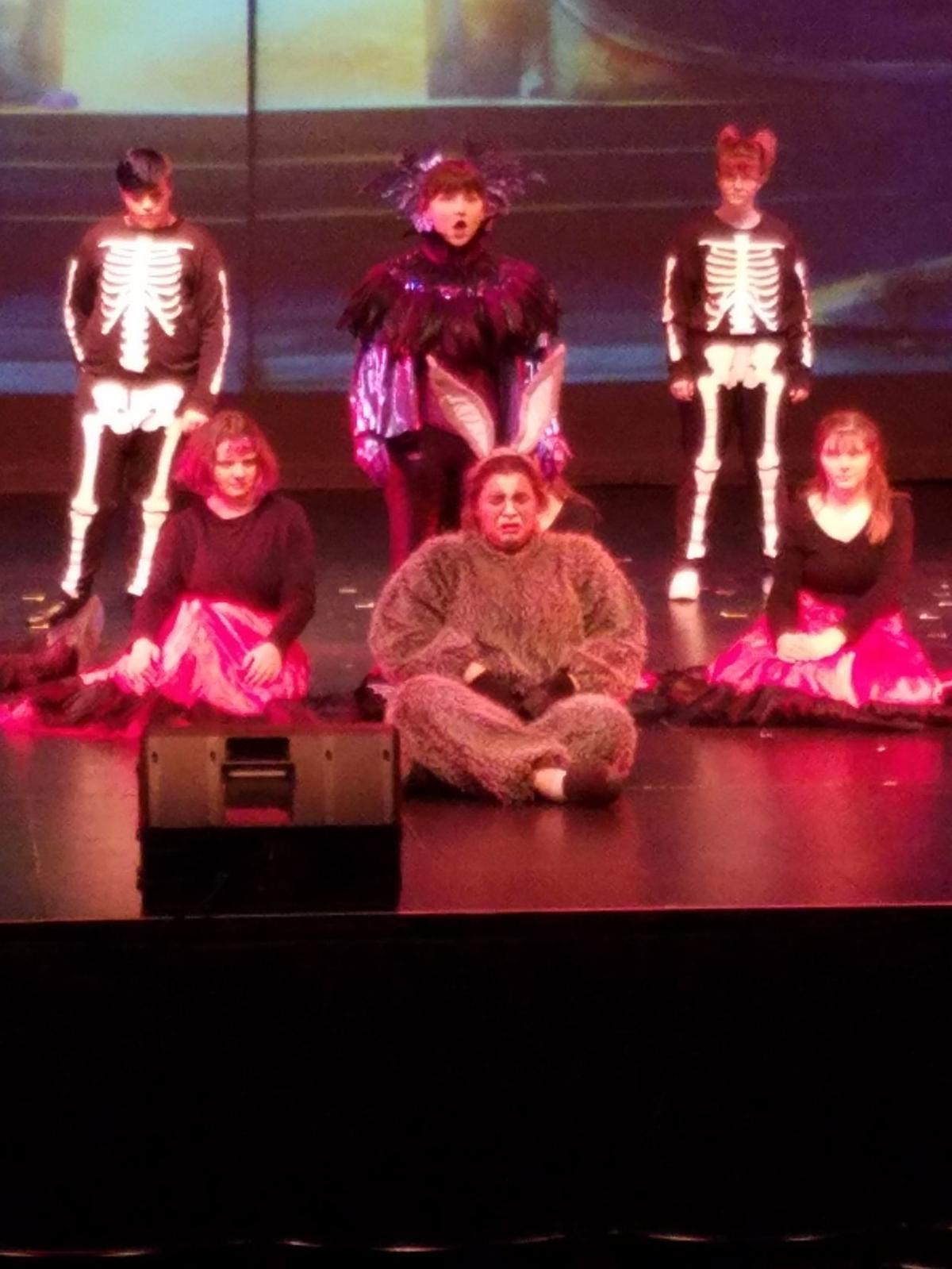 The South Albany High School cast of "Shrek: The Musical."

Christy Anderson is no stranger to the stage.

"It's been all theater, all the time," she said, describing her singular-focused career path from theater student to first-year theater teacher.

Anderson, who landed at South Albany High School, will attempt another first this year: her first student production.

And while every show production comes with challenges, there's one unique to South Albany High School Theater Arts' production of the timeless tale of a misunderstood ogre.

The animated Dreamworks movie (which spawned three sequels, two holiday-themed shorts, and a "Puss in Boots" spinoff) debuted in 2001, meaning its very first fans are now 19 years old. Essentially, the high-schoolers taking to the stage Thursday have grown up with the story.

"I want to help the story meet their expectations," Anderson said. "But I also want to surprised them, so this is a fun challenge."

Another challenge? How to stage a show that's reliant on mythical, make-believe characters, like a giant dragon. In South Albany's production, that will be taken care of by switching out the traditional monster-sized puppet for an ordinary-sized high school student with a "fabulous" cape.

"It's a prop- and costume-heavy show," Anderson said, "and so, yeah, that was a challenge."

One that the students readily took on, finding materials and inspirations for their costumes, the set and other aspects of the stage that will transform the stage into a swamp.

The cast will be led by upperclassmen with previous theater experience: Chris Vega-Deleon as Shrek, Abigail DeYoung as Fiona, and Payton Adams as Donkey — but Anderson hasn't counted out her freshmen.

"The freshmen have been incredible," she said. "They've been tackling every obstacle."

While "Shrek" may be full of challenges for a first-time teacher, Anderson said she chose the show because of its message and because she knew she had the school district's support.

"It's such a gift," she said. "I'm fortunate to have a district that supports the arts. It would be impossible to put on a show as big as 'Shrek' without support from the school district."

As for her expectations, she said she hopes the audience is surprised by how often they'll be humming along to the music and that the students take the show's message to heart.

"What makes us special makes us stronger," she said. "It's especially applicable to high school students."

WHAT: South Albany Theater Arts' production of "Shrek: The Musical"

TICKETS: $12 general; $10 seniors, students and children under 18. Tickets are available online at linnbenton.edu/tickets or at the door one hour prior to performance.

'Strange Snow' finds love in the aftermath of war

For director Don Taco, the power of Stephen Metcalfe's "Strange Snow" lies not in any anti-war sentiments, but in the universal human drama at…

In addition to its usual excellent entertainment menu, the Majestic Theatre packs two consecutive evenings this week with a diverse pair of mu…

The South Albany Theater Arts program brings the timeless story of a big ogre with an even bigger heart to LBCC's Russell Trip Performance Center with "Shrek: The Musical," opening Thursday. See info box for details.

The South Albany High School cast of "Shrek: The Musical."