An underappreciated gem: 'Lucky Number Slevin' tops other crime thrillers of the 2000's
0 Comments
Share this
{{featured_button_text}}
1 of 2 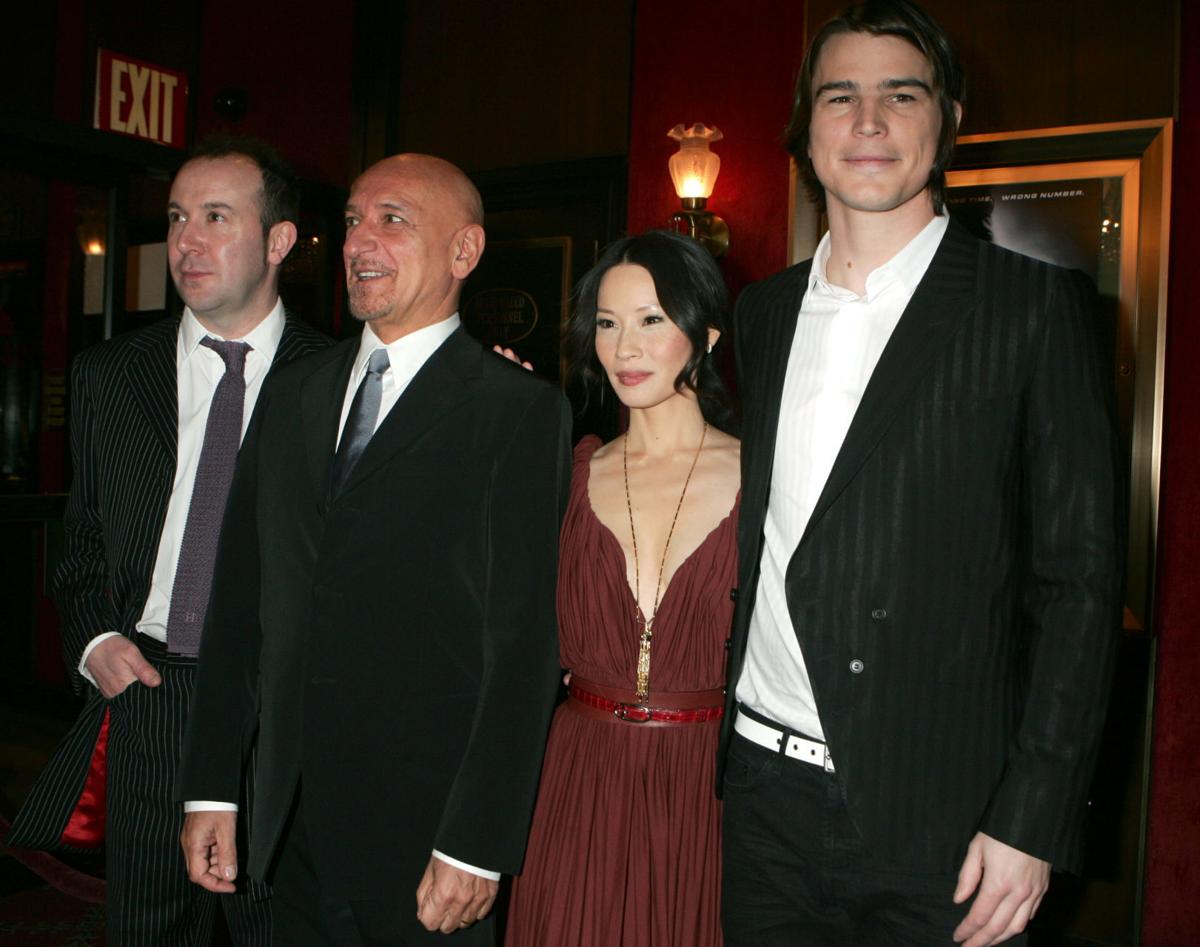 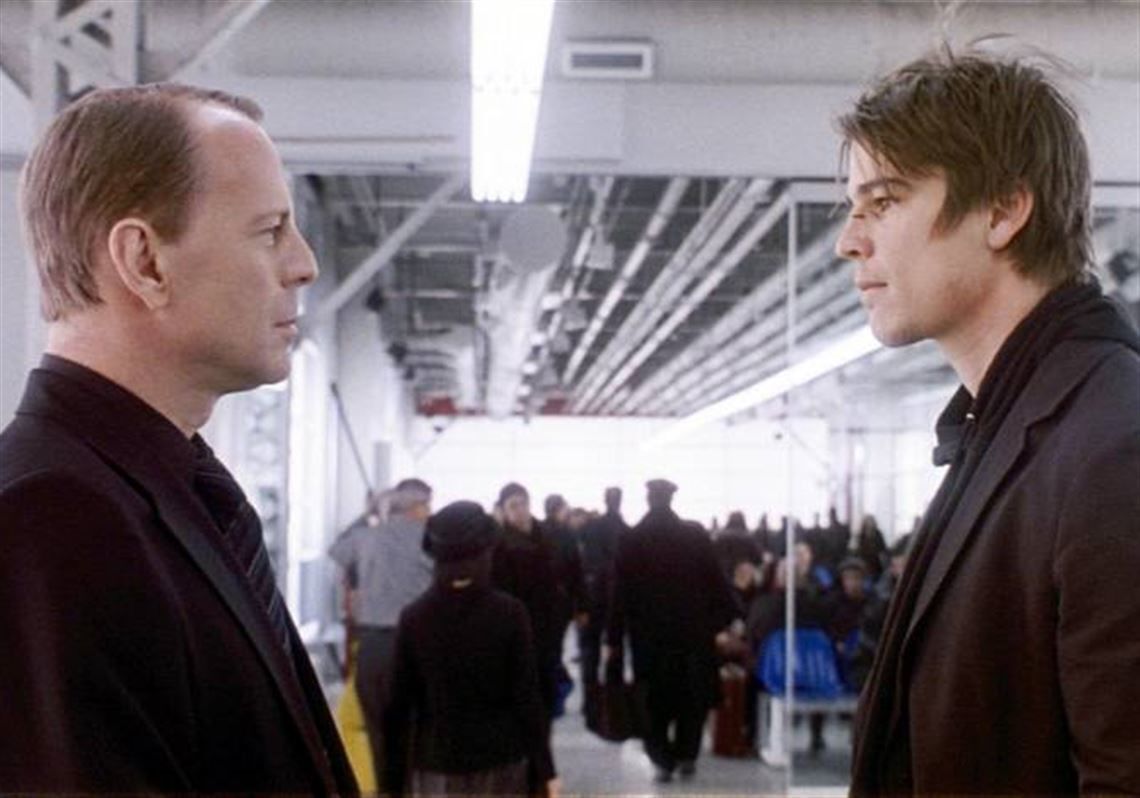 Bruce Willis, left, and Josh Hartnett in a scene from "Lucky Number Slevin."

We’re taking it back 15 years, clear back to April of 2006, to look back on an underappreciated film of the mid-2000’s heist thriller era. While it underperformed in the U.S., "Lucky Number Slevin" remains an excellently crafted, funny-yet-dark crime thriller that’s still worth a watch all these years later.

Directed by Paul McGuigan and written by Jason Smilovic, "Slevin" was clearly designed to cash in on the tidal wave of ensemble crime dramas that was popularized by things like the "Ocean’s 11" franchise. Just like those other comparators, "Slevin" stars a celebrity-packed cast that includes Josh Hartnett, Bruce Willis, Morgan Freeman, Ben Kingsley and Lucy Liu.

But even all these stars couldn’t save it from a modest box office return. While it made it into the top five features category during its initial weekend release, "Slevin" performed decidedly worse than its direct competition — the crime drama starring Denzel Washington, Clive Owen and Jodie Foster, "Inside Man." While "Slevin" grossed around $22 million at the domestic box office, "Inside Man" raked in more than $88 million. The biggest earner that spring wasn’t even a crime thriller at all, instead, it was the family-friendly fare of "Ice Age: The Meltdown," which brought in more than $100 million.

"Slevin" ended up doubling its money thanks to a stronger showing overseas, but the film was considered a box office bomb here at home. So, why does it warrant looking back at all these years later? Because, in my humble opinion, it’s way better than those overrated "Ocean’s" movies, which were about a hundred times more successful, with more than $1 billion in total revenues for the franchise.

In a Hollywood that prioritizes mammoth returns for each studio’s millions in investments for a single title, doubling your money simply isn’t enough. But money isn’t the only indicator of a film’s success and, thanks to the wealth of old titles on streaming services like Netflix and Hulu (where "Slevin" is currently streaming), we get to look back on hidden gems like this with clearer eyes.

Within the first 30 seconds, McGuigan’s film shows how expertly filmed and edited this thriller is. A smooth and mobile shot down a hotel dumbwaiter dissolves into a multi-layered edit with images from several different scenes. The film is showing us everything we need to see to solve the mystery before we even know what we’re looking for, and it’s building a whole lot of narrative with its imagery.

All this visual storytelling culminates in the first of many killings that take place throughout this movie’s R-rated runtime, but we get the sense of what’s being set in motion before any of it is actually explained to us.

The film clues us in with other elements, too, particularly by using Willis’ character as a narrator and the single connective role among all the different storylines playing out. He tell us, the audience, even though he’s speaking to another character onscreen, how everything that’s about to unfold is because of a “Kansas City Shuffle.”

“That’s where everyone looks right, but you go left,” he explains. This film is telling you, before it’s even introduced you to all the players and happenings, that you are being intentionally misled. That’s OK. Just wait, it will all make sense in the end.

That’s an important thing to get out of the way early, because this movie can seem plenty convoluted on its surface. There are three seemingly unconnected plotlines at play here.

The first is about a horse race in 1984, where a group of gamblers is trying to fix a race in order to receive massive returns on an undervalued horse. The fix goes about as poorly as you might expect and when the gangsters who run the books catch wind of the scheme they respond by killing everyone who’s even loosely connected — even their families.

The second plotline centers on a case of mistaken identity. A man, Slevin Kelevra, is mistaken for his friend because he’s staying in the man’s New Jersey apartment. He gets scooped up by some gangsters, who say that the man who lives there owes their boss $96,000 in gambling losses. Despite Slevin trying to explain that they’ve got the wrong guy, he can’t prove it because his wallet and identification were just stolen by a mugger earlier that morning.

His misfortune is where the ironic title of the film comes from, "Lucky Number Slevin." Because of a debt that’s not his, he finds himself in the middle of a war between rival crime lords. Both think that he owes them money and, since they know he can’t afford it, they give him a task to absolve him of the debt.

The first, played by Freeman, asks him to kill the son of the second, played by Kingsley. Kingsley’s character wants his old rival dead, since the two have been locked away in their respective high-rises for two decades for fear of what the other will do to them.

It’s this third narrative arc that seems to be the primary focus of the film. Slevin’s attempts to get out of the situation, while trying to solve the mystery of what happened to his friend who set him up to be involved in this whole mess, are the primary plot. It’s not until the very end of the film that we realize how all these different threads, connected across decades, truly come together.

With such an unwieldy plot, this film can seem not worth it on paper. But it uses dark humor and snappy dialogue to make the whole thing seem a lot less confusing and highly entertaining. With so much going on in this plot, it’s astounding that "Slevin" accomplishes all this in less than two hours’ runtime.

While the film runs into trouble by treating homosexuality (Kingsley’s son in the film is gay) as little more than a punchline, it has aged remarkably well in terms of its diverse cast of characters and story tropes. Amid all this, there’s even a love story between Hartnett and Liu’s characters, one that manages to feel cute rather than forced into the middle of all these thriller components.

Building to its climax, the film leans on its two veterans for a tense and scathing exchange between Freeman and Kingsley. The scene is better acted and more expertly shot than any moment of those other thrillers of the mid-aughts, which is just one element of how "Slevin" manages to raise the stakes of the heist genre.

For all its complexities, "Slevin" feels like a campy, humorous and fun time while you’re watching it. All the little clues to the mystery that are peppered in throughout the film are what make it such a re-watchable flick nearly 20 years later. Watch it once for the fun of it, then watch it again to see how much you missed.

Eiza Gonzalez makes history as the new face of Bulgari

Rebel Wilson reveals the inspiration for her weight loss journey

Rebel Wilson reveals the inspiration for her weight loss journey

Jennifer Garner has signed a multi-picture deal with Netflix

Jennifer Garner has signed a multi-picture deal with Netflix

I was in a friend’s apartment when I first heard the sound.

Like most small business owners, Matt Ashland was blindsided by the pandemic.

TURNER — The father had lost his little boy at age 5. Thirteen years later, he was still searching for a place to preserve his son’s memory forever.

Bruce Willis, left, and Josh Hartnett in a scene from "Lucky Number Slevin."