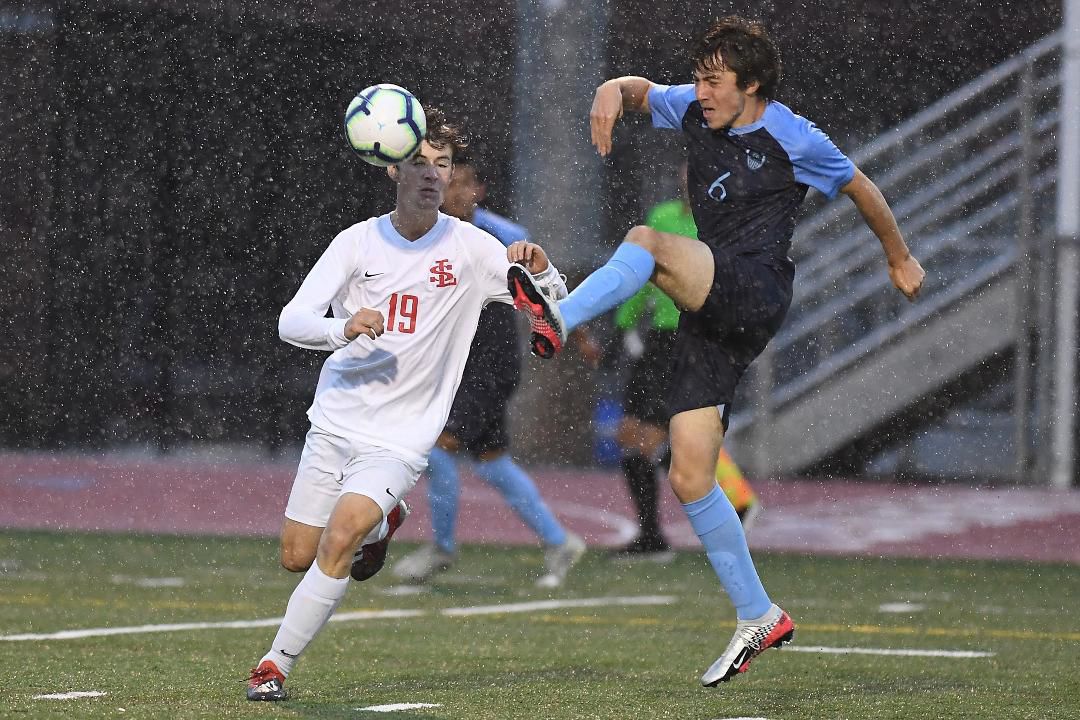 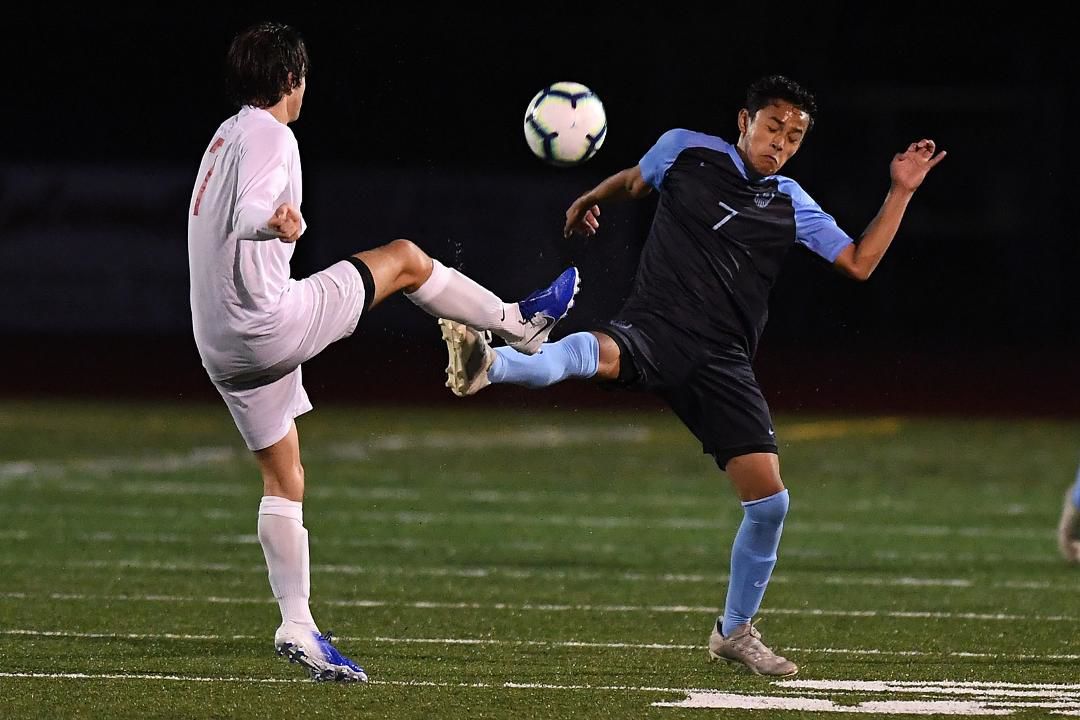 Corvallis High's Joe Nunez fights for the ball during the Spartans' nonconference loss to La Salle.

In a rematch of last year’s 5A state title match, Corvallis and La Salle Prep met at CHS on Tuesday.

The Spartans won that 2018 state title game, but this time found themselves on the wrong end of the final result.

La Salle Prep finished with three unanswered goals as they topped the Spartans 4-1. The Eagles played with 10 men for the final eight minutes of the game, but still could not be slowed as they drew a bit of payback after falling to the Spartans at Hillsboro Stadium last fall.

“It’s a learning process,” CHS coach Chad Foley said. “The reason we play games like this is because we want to see where we’re at and we learned a lot about our team today. I thought from an effort standpoint, it was there. But the execution clearly wasn’t. The chemistry is not there yet but it's developing.”

Corvallis was ranked No. 1 in the most recent OSAA coaches poll, and the Eagles were No. 2, but by one first place vote. Both teams return plenty of integral players from the 2018 title game, but the Falcons jumped on the Spartans from the get-go with a relentless offensive attack on Tuesday and never looked back.

The Falcons bombarded Corvallis with shots in the first half and held the majority of possession. They broke a scoreless draw just three minutes into the second half when Mizael Harris knocked in a hard-struck goal to make it 1-0.

But five minutes later, Corvallis forward Mauricio Nieves-Bernal buried a long free kick to equalize. After the ball struck the back of the net, Nieves Bernal took off sprinting toward the middle of the field, waving his arms toward the stands in an attempt to pump up the Corvallis supporters.

“It felt good — was just trying to motivate my teammates,” Nieves-Bernal said. “I was hoping that would help us start a comeback, but we just didn’t get it. Just have to be ready for next time and come back stronger.”

The Corvallis comeback effort was derailed, though, when Wade Nichols scored in a one-on-one situation with Corvallis goalie Max Kelly to make it 2-1 in the 51st minute. Nichols doubled that lead 20 minutes later with an acrobatic header that he lobbed into the top right corner while facing away from the goal.

La Salle Prep forward Luke Strange received his second yellow card and was sent off with eight minutes left in the match after he exaggerated contact and dove to the ground in an effort to waste time. But the one-man advantage did little to slow the Falcons’ onslaught, and they pushed the lead to 4-1 a few minutes later on Ethan Shea’s breakaway goal.

Tuesday’s matchup served as a chance for the Spartans to test some tactical ideas as they prepare for a Mid-Willamette Conference schedule that won’t feature many easy nights; Silverton is the No. 9 ranked team in Class 5A, while South Albany, West Albany and Crescent Valley all received votes in the most recent coaches poll.

“We mixed around our formations a little bit tonight just to see what we look like,” Foley said. “That’s what we’re trying to figure out is our style. Every group every year has a different style, and we’re still trying to form our style and our identity. That’s the biggest piece that I got from today.”

Corvallis High's Joe Nunez fights for the ball during the Spartans' nonconference loss to La Salle.