OSU volleyball: Former players stand up for coach
Share this
Return to homepage × 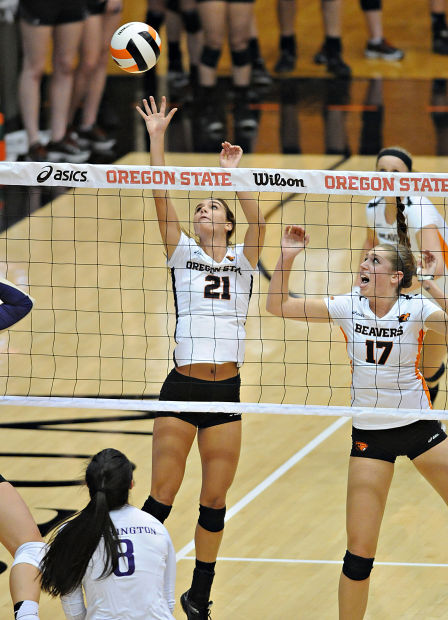 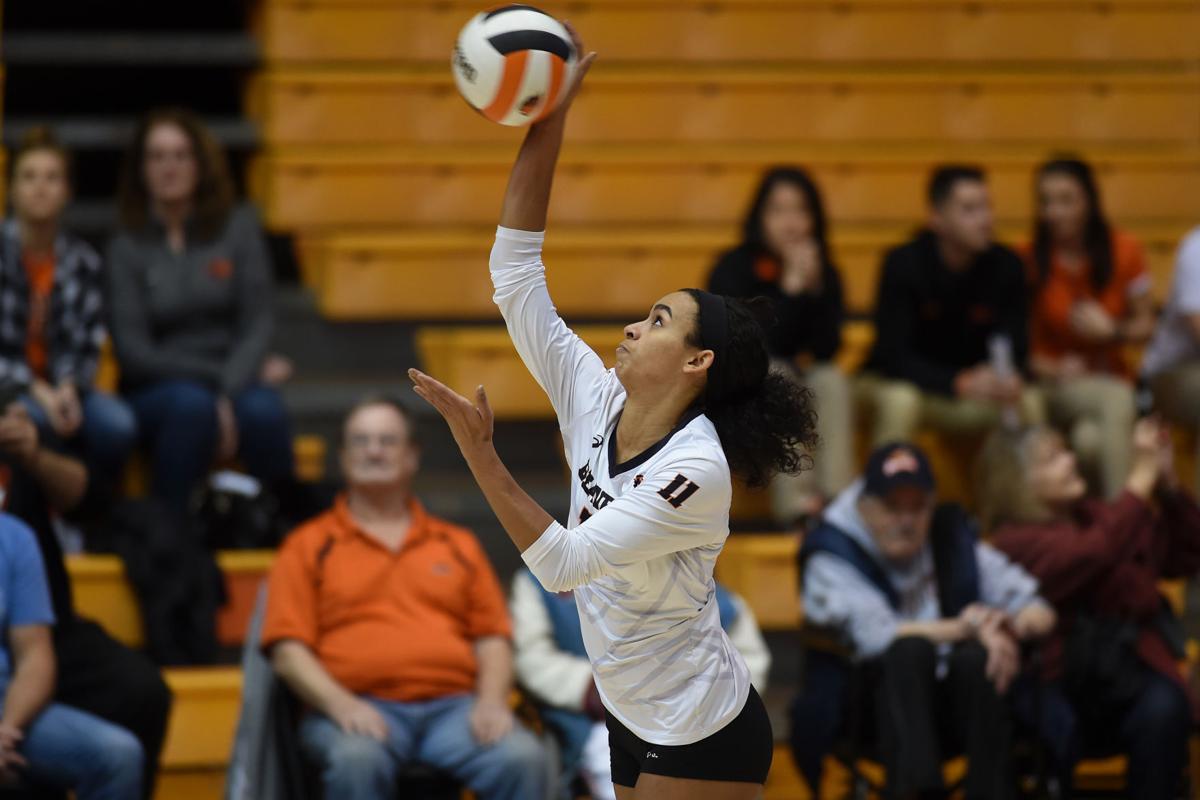 Former Oregon State outside hitter Lanesha Reagan said she "never endured an ounce of mistreatment and was respected, loved, and supported by the coaching staff starting with my recruitment through present day."

Tayla Moore (formerly Woods), spent five years in the Oregon State volleyball program and took to social media on Thursday afternoon to stand up for her former coach, Mark Barnard.

Moore, who was a setter, wrote that Barnard is “one of if not THE very best coach I have ever had in my life” and added that “I full heartedly stand behind Mark and his coaching style.”

Barnard’s coaching style was the subject of a story by The Associated Press that was released on Thursday that addressed claims by former players that he runs an abusive program that has led to 11 players transferring or quitting the team since 2016.

Moore said she was recruited by Barnard and worked directly with him — he was the setters’ coach at the time — and was a “strong advocate of Mark getting the head coaching position.”

Reagan, who played for the Beavers from 2014-17, also posted on social media saying she didn't want to diminish the feelings or experiences of others and can't speak for what they may have gone through in the program, but she "never endured an ounce of mistreatment and was respected, loved, and supported by the coaching staff starting with my recruitment through present day."

OSU is denying a number of allegations about the program contained in the AP article, saying the claims were investigated and dismissed, but the university is also refusing to release the investigator’s report.

Among other claims, OSU rejects allegations that Barnard forced players to practice beyond the limits of safety as a form of punishment, that two players contemplated suicide as a result of a toxic atmosphere within the program and that players were threatened with the loss of their athletic scholarships because of poor performance.

“We dispute those allegations … and deny their accuracy,” said Steve Clark, OSU’s vice president for university relations and marketing.

After complaints about the program were brought forward early this year, Clark said, the university hired an independent investigator, Lisa Greenfield, to look into the matter.

“The result of the investigation indicated there were no violations of university policy, and the matter was closed,” he said.

Clark also said the university would not release its investigator’s report, citing privacy restrictions under a pair of federal laws, the Family Educational Rights and Privacy Act and the Health Insurance Portability and Accountability Act.

“I do not believe this is a public report,” he said.

Moore gave several examples of how Barnard, who took over the program in June 2016 after 11 seasons as an assistant with the Beavers, worked with her when she had conflicts with practices during her time in the program.

“My freshman year when my Grandpa had a health issue and was in the hospital, Mark was the first one to text me and tell me not to worry about practice or volleyball but to be there for my family,” she wrote. “When I was a junior and had to do student teaching as part of my major (which caused me to miss morning practices), Mark would give up his personal time to meet me every evening to run me through drills.

“My senior year when we made the Sweet 16 — MARK WAS THE REASON! And when I graduated and decided I wanted to start a nonprofit, Mark wrote the very first check because he believed in me.”

Reagan credited Barnard and the OSU program for helping to build her into a "hard-working, strong woman for which I am eternally grateful for."

"After I tore my ACL and broke down, Mark comforted me & said whatever I wanted to do — be done or come back — he would support me & when I decided to be done, he did just that," she added on Twitter.

Reagan expressed how difficult it can be to take part in collegiate athletics and how it requires thick skin and accountability.

"My team pushed me beyond what I thought possible, which made me a better player and teammate," she wrote. "I’ve had abusive coaches during my time, Mark was not one of them."

She concluded by writing: "None of my experiences negate what others felt, however by not saying anything, I would indeed be saying something. This is what I really want to say: I trust Mark with my life and anyone would be lucky to play for a coach like him."

Moore wrote she had “a million more examples of Mark going above and beyond for me, for my teammates and for Oregon State. Being a D1 collegiate athlete isn’t for everyone. Let’s not drag an incredibly talented and caring coach just for a storyline.”

Former Oregon State outside hitter Lanesha Reagan said she "never endured an ounce of mistreatment and was respected, loved, and supported by the coaching staff starting with my recruitment through present day."