Oregon State quarterback Tristan Gebbia will not play Saturday at Utah, and could potentially miss the rest of the season due to a hamstring injury.

Beavers’ coach Jonathan Smith told the Oregonian/OregonLive’s John Canzano on his radio show Wednesday that he took Gebbia to Portland to have him evaluated. “He’s not going to play this weekend,” Smith said.

Smith also said the quarterback could be done for the year.

Gebbia played his best game of the season last Friday and helped lead the Beavers to a comeback win over rival Oregon at Reser Stadium. But near the end of the game, after he attempted to dive into the end zone for a potential game-winning touchdown, Gebbia came up limping with a noticeable injury. He attempted to hobble over to the sideline and then collapsed to the ground.

Gebbia left Reser Stadium on crutches that night, with a large bag of ice taped to his hamstring.

Smith said on Monday that the injury was more serious than Oregon State had previously thought, and Gebbia was “extremely limited in practice both Monday and Tuesday.”

With Gebbia out, redshirt sophomore Chance Nolan is expected to start in his place. When Gebbia left the Oregon game, Nolan scored the game-winning touchdown on a 1-yard quarterback sneak on the first and only snap of his Oregon State career.

Oregon State offensive coordinator Brian Lindgren said Monday that Nolan has taken the majority of the first-team reps in practice this week and that the coaching staff is fully confident in his ability to step up and lead the team in Salt Lake City.

Chance Nolan’s first and only snap as an Oregon State football player resulted in one of the more impactful moments in recent program history.

It sounds as though Tristan Gebbia’s status is in doubt for the Beavers’ upcoming game against Utah on Saturday night.

Even in his wildest dreams, Chance Nolan could not have come up with that ending.

Hamilcar Rashed Jr. doesn’t want to make excuses, and nobody inside the Valley Football Center is going to let him. 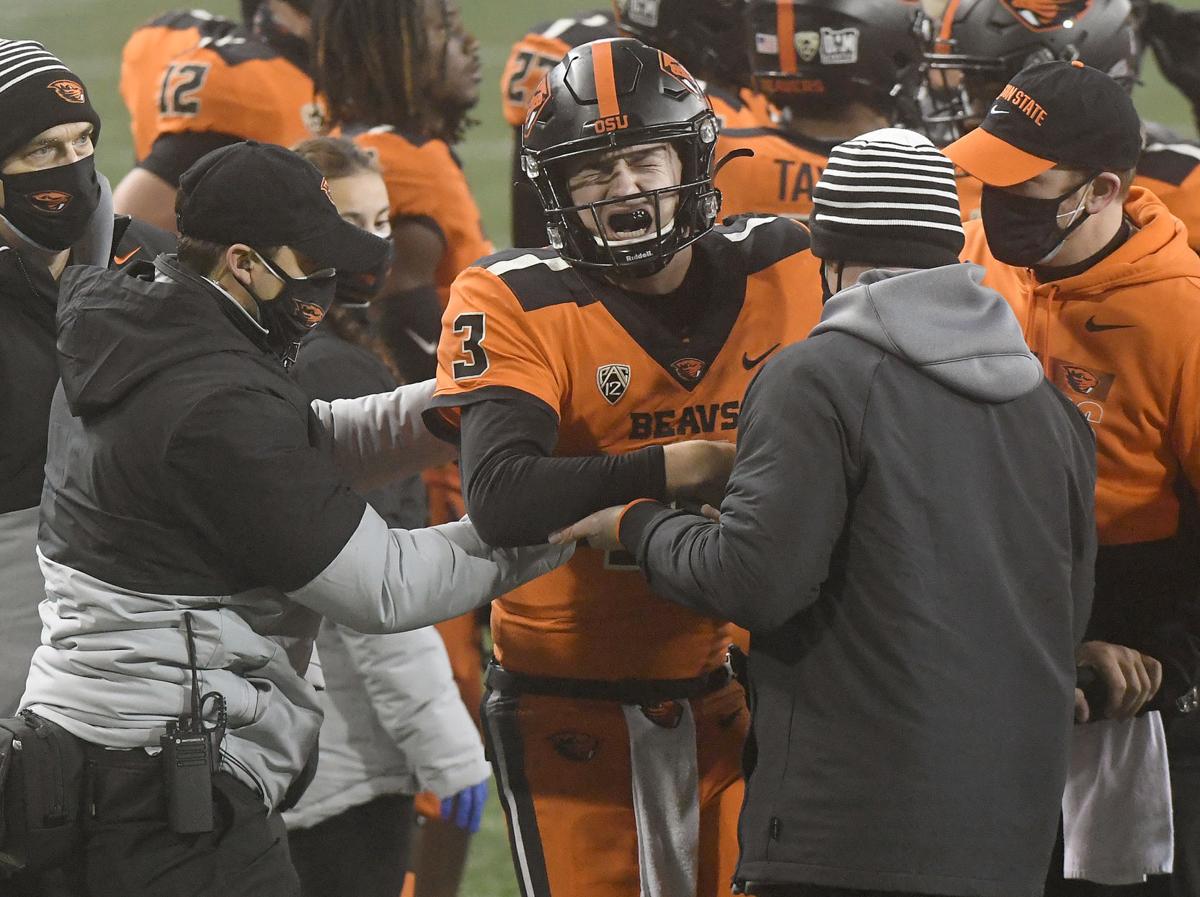 Trainers help Oregon State quarterback Tristan Gebbia off the field after he injured himself on a goal line play on the Beavers go-ahead drive versus Oregon on Friday. 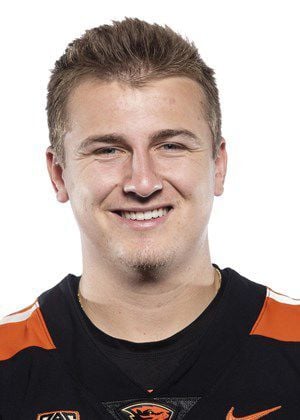