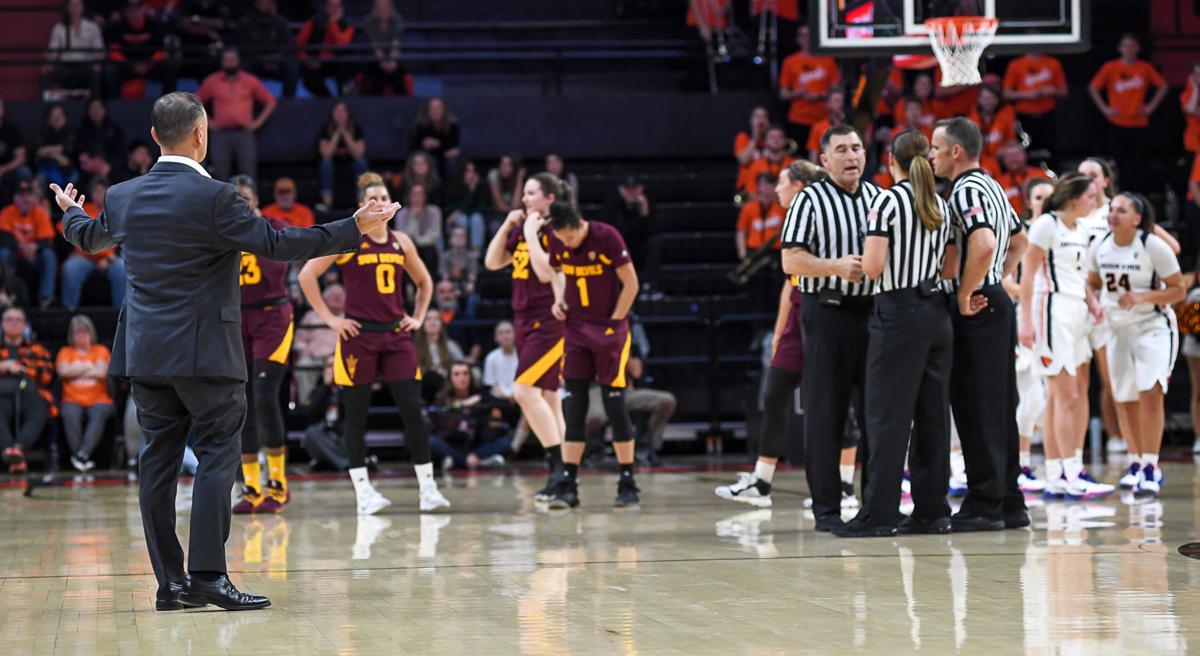 Oregon State coach Scott Rueck has not been pleased with the physical play during the Beavers' Pac-12 games this season. 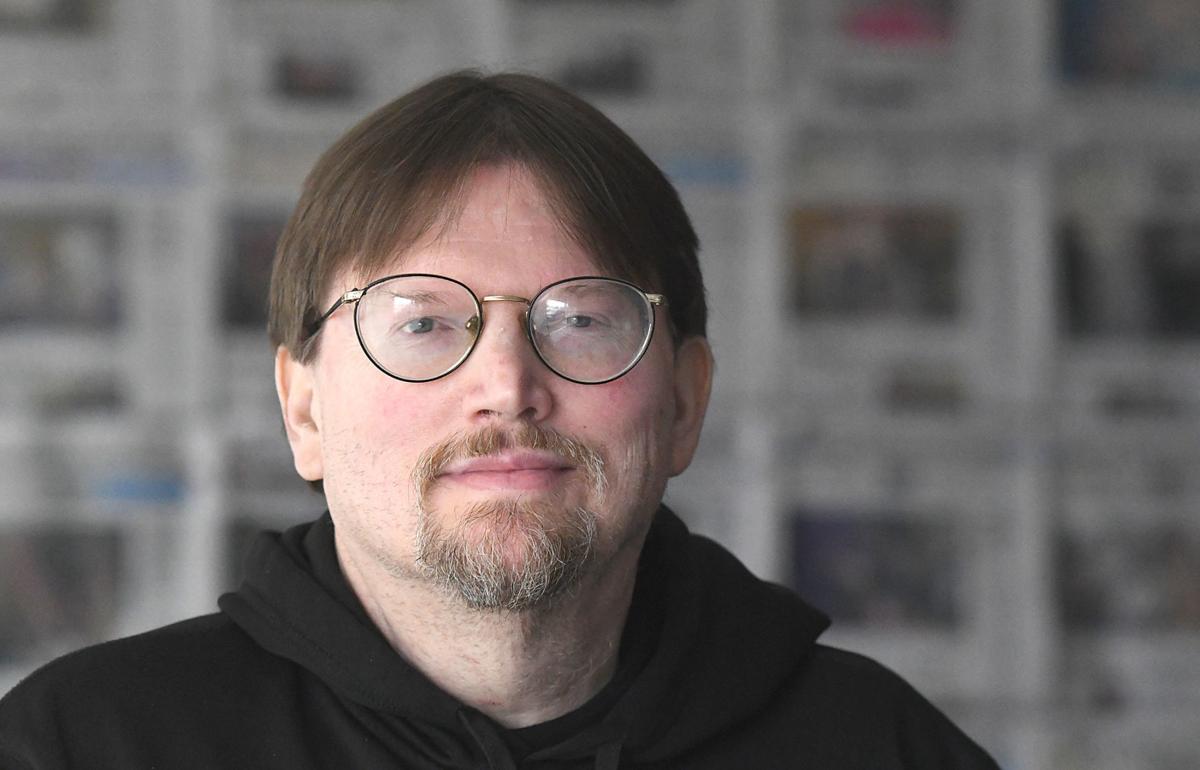 Scott Rueck was not a big fan of the physical play he witnessed in Oregon State’s last two women’s basketball games in Gill Coliseum.

Rueck expressed both disgust and bewilderment after Sunday’s loss to Arizona about what he said is an ongoing problem throughout Pac-12 play this season.

The Beavers took on Arizona State Friday and then Arizona and both games proved to be gritty, grind-it-out ball from start to finish.

That ASU attacks OSU with such a game plan is no big surprise. The Sun Devils thrive on physical basketball and know very well that it works against the Beavers, not to mention other opponents.

It worked in Tempe earlier in the season and it came close in Corvallis.

Then the Wildcats came in and pulled off the win against what turned out to be a relatively shorthanded Beavers team after the loss of freshman forward Kennedy Brown to a season-ending knee injury suffered against the Sun Devils.

Those type of games are often the symptom of tough defense and that’s fine. But Rueck took exception to what he saw as overly aggressive action with plenty of contact thrown in by both the Sun Devils and Wildcats.

“We have played against a slugfest for 12 games now,” Rueck said on Sunday. “I just was, right before I came out here, looking at an Instagram picture of (Mikayla Pivec) getting hammered on her arm without a call right off the bat to start the game and that set the tone, it let them swing all day. Which they were able to get away with. And so that’s how it’s been. (Destiny Slocum has) been getting body-slammed to the ground on layups without a call. It’s a joke.”

The contact was over the top in both games and was not called consistently.

It seems as if the more intense the play, the more the conference officials struggle to keep the game at an even keel.

They also seem to miss some obvious calls or simply swallow their whistles at times.

Whatever the reason, the result is encouraging more rough and tumble action.

This could be a problem for the Beavers moving forward. Injuries are stretching their depth to the limit now that Brown is out for the season.

Even at full strength the Beavers are not constructed to deal with that style of basketball.

“It goes against everything that we have been taught, trained,” Rueck said. “We’re supposed to prepare our team to play freedom of movement based off of rules videos that we watch at the beginning of the year that everybody is supposed to play by, so that is what I expect. And if that doesn’t happen, what are we doing? So I’m just wondering, what are we doing? So I’m trying to coach around something I can’t even … I don’t even know what we’re doing. So what is this? So it’s frustrating.”

Rueck is not blaming the officials or the physical play for the loss to Arizona or any previous defeat.

The Beavers have had stretches this season in which they have struggled to create offense, too often at times of great need for points.

“I can’t sit here and say, oh, that’s why we lost. I can’t say that,” he said. “But to say that it’s not a factor, of course it’s a factor. You’ve got to figure out every game, that’s part of the game. So learning to play through it, around it, coach around it (but) not really know how because you’re not really sure what, it’s not easy.

“So it’s been very physical. It’s concerning, to be honest. It’s not a trend anybody wants. It goes against everything we want to be as a sport, so I have no idea. I feel like I’m in the Twilight Zone.”

Oregon State’s baseball season kicks off Friday afternoon in Surprise, Arizona, with little or no fanfare outside of the Beavers’ neck of the woods.

LOS ANGELES — Oregon State could find no answers on either side of the court Friday night and the No. 11 Beavers suffered a 72-66 Pac-12 women…

OSU women's basketball: Beavers head on the road for next four games

Oregon State’s women’s basketball loss to Arizona in overtime on Sunday was a tough pill to swallow for Beavers.

OSU women's basketball: Beavers navigating an emotional season on and off the court

Oregon State was in the midst of its best start to a women’s basketball season in its history.

West Albany High’s Porter Phillips was one of three players to join the Oregon State football program on Wednesday, the traditional signing da…

OSU women's basketball: Brown will miss the rest of the season with a torn ACL

Oregon State freshman Kennedy Brown will miss the rest of the season with a torn ACL in her left knee, the school announced Monday afternoon.

When the 10 finalists for the Senior CLASS Award were announced last Wednesday, one name was shockingly absent from the list — Oregon State’s …

Oregon State coach Scott Rueck has not been pleased with the physical play during the Beavers' Pac-12 games this season.