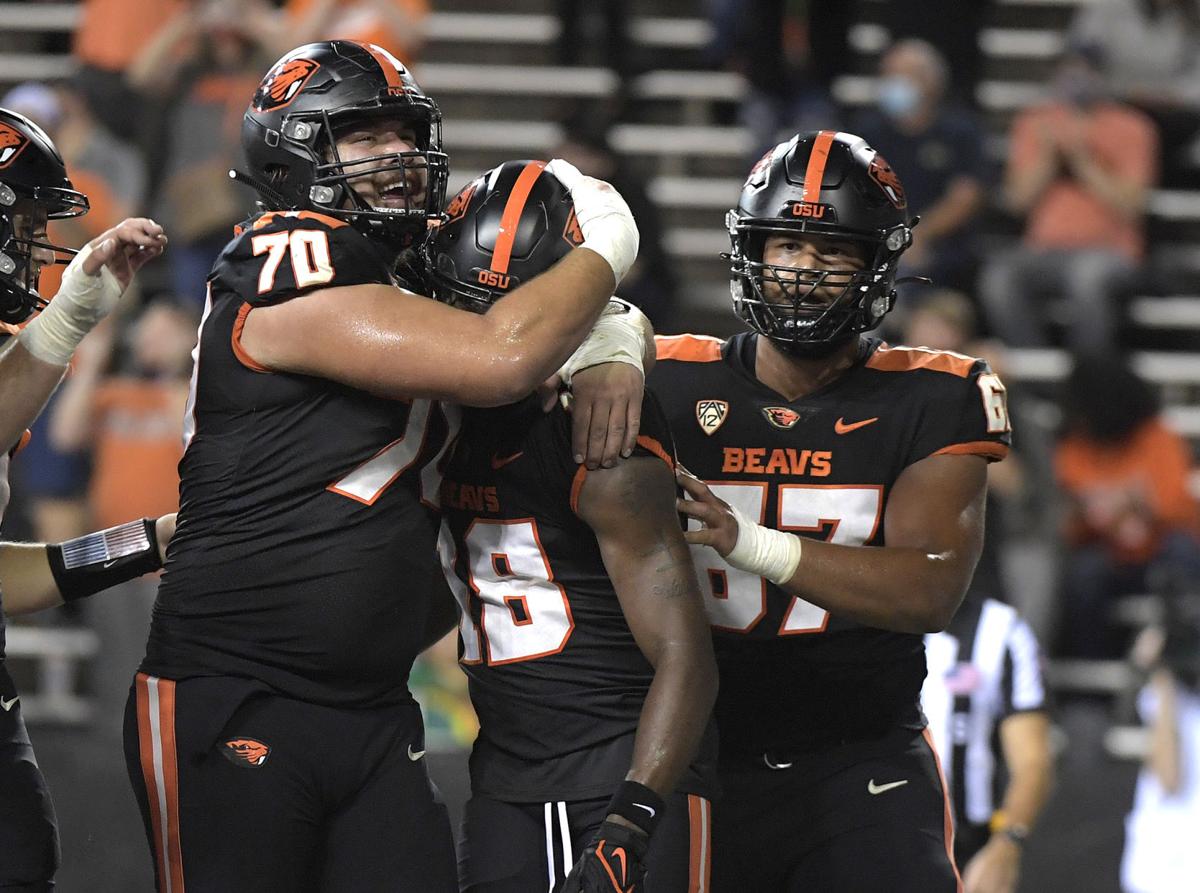 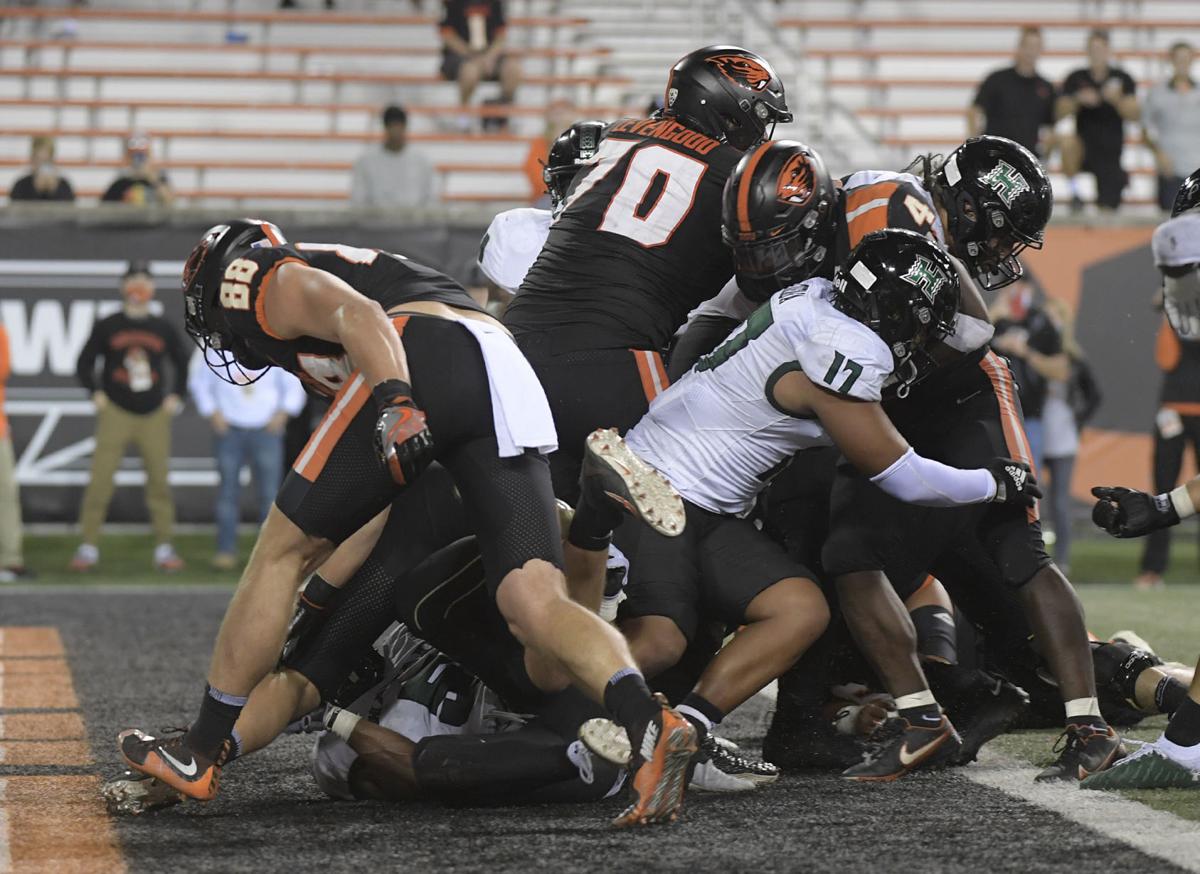 Brandon Kipper muffles the outside noise when it comes to his football team’s performance.

But the Oregon State right tackle on Tuesday didn’t hide the criticism shared among his offensive line mates inside the walls of the Valley Football Center after the season-opening loss at Purdue.

The unit didn’t perform the way it was capable of, and the five veteran starters went out to prove that last Saturday against Hawaii.

What the group strives to reach, Kipper said, is “a physical, outwork you, out-dominate you mindset that we take pride in having, and we didn’t play that way Week 1.”

Kipper said improvement was made against Hawaii but there’s still more to be made, adding that it’s the responsibility of him and his teammates to prove that the aforementioned mindset is who they are each week.

Next up is an Idaho squad with a talented defensive line.

OSU offensive coordinator Brian Lindgren echoed Kipper’s opinion that strides were made versus Hawaii in a 45-27 win at Reser Stadium but there’s more work to be done.

“Hawaii was bringing pressure from everywhere. That was a big point of focus for us, to be able to handle that,” Lindgren said. “I thought the pass protection was pretty solid and I thought those guys did a pretty good job in the run game.”

“I think it’s constantly bringing that juice each and every day. That’s cliché, but that’s what it is,” Kipper said. “You play O-line, it’s 50% schemes, 50% understanding what you’ve got to do … and the other 50% is just heart, it’s just grit. It’s coming out and just being a badder dude than the dude in front of you.”

Tristan Gebbia and Sam Noyer were clearly ahead of Nolan on the quarterback pecking order in the first few weeks of Oregon State’s training camp in August.

But Nolan didn’t fret. He put his best foot forward and tried to be the best leader he could be with the Beavers’ third-string offense.

After joining the program in January 2020, he started the final three games last season after Gebbia was injured. Nolan then went to work in the offseason, focused on getting through his progressions and having a better pocket presence, trying to avoid being “antsy” when he saw plays breaking down.

His fall camp repetitions last month helped him get more comfortable with the offense, and his offseason work was paying off.

Gebbia got injured during fall camp and Nolan provided a spark in relief of Noyer against Purdue. So there was Nolan late last week, preparing for another start.

Lindgren said the Hawaii win was big for Nolan’s confidence and that it was noticeable on the practice field Tuesday in the way he was commanding the offense and the way his teammates were responding to him.

“I think there’s always kind of a swagger mentality as a starter. But I think I try to keep the same mentality the whole time,” Nolan said. “Backup, starter, it doesn’t really matter for me. I’m just trying to be the best person I can be day in and day out, get better at my craft and perfect it so I can be help our guys win a lot of games.”

Baylor was named to the honorable mention for the weekly Earl Campbell Tyler Rose Award, the Tyler Chamber and SPORTyler announced Tuesday.

Baylor’s 171 yards and three touchdowns against Hawaii were career highs in both categories. He had a 66-yard touchdown run on the night, the second longest of his career.

Baylor, from Wharton, Texas, has five touchdowns through the first two games of the season and is the first Beaver to tally multiple rushing touchdowns in back-to-back games since Jermar Jefferson in 2018.

Oregon State coach Jonathan Smith was impressed by what he saw from Chance Nolan after watching film of Saturday’s 45-27 home win against Hawaii.

Oregon State came flying out of the gates Saturday night, an effort that escaped the Beavers in their season-opening loss at Purdue.

Although it came against a lower-division opponent, Hawaii showed an ability to score some points in last week’s 49-35 home win against Portla…

Oregon State has picked its starting quarterback for Saturday night’s football home opener against Hawaii, but you might have to wait until ki…

OSU football: Beavers ramp up for Pac-12 play with shutout of Idaho

Oregon State didn’t give Idaho much chance to think about hanging around Saturday afternoon.

Avery Roberts and Omar Speights are relatively quiet leaders who let their play on the field do the talking.