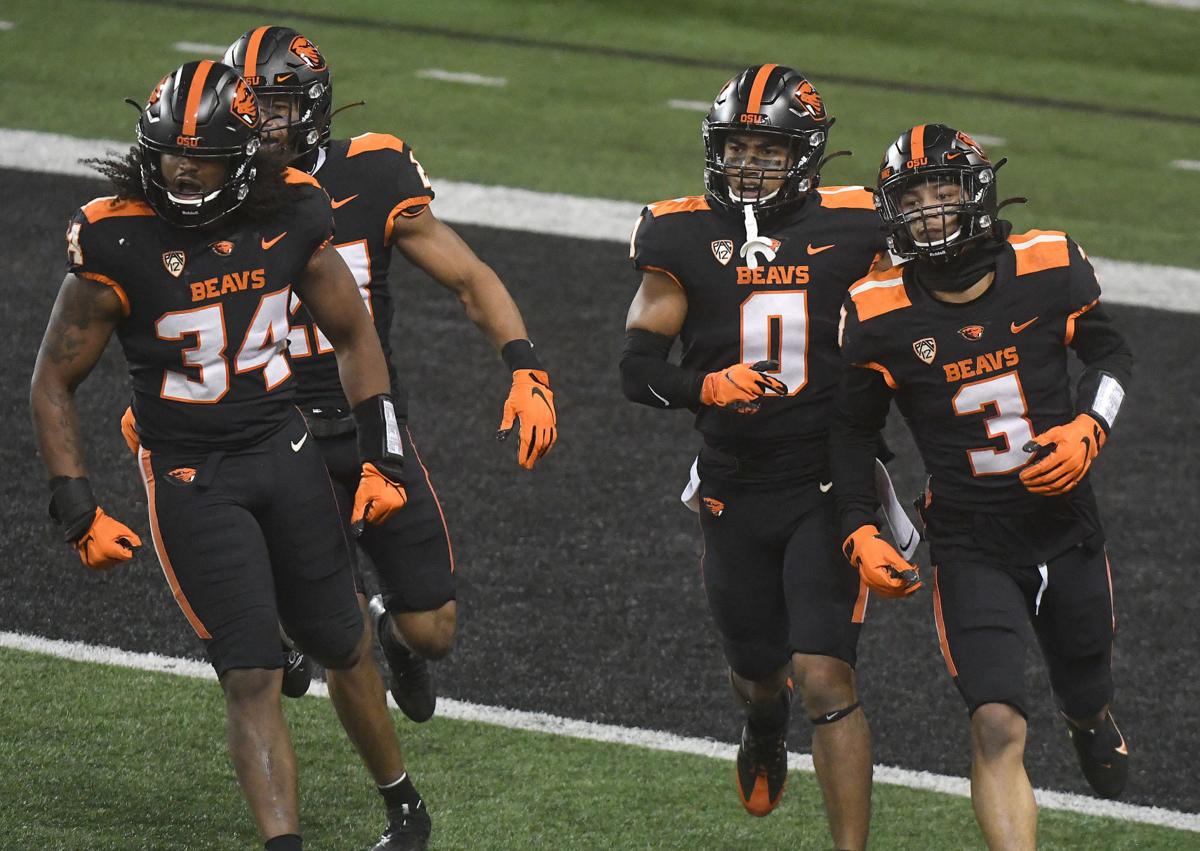 Oregon State defensive back Jaydon Grant (3) believes this year's large group of returners, which includes himself and teammates Avery Roberts (34) and Akili Arnold (0), will help bolster the Beavers' chances of a successful season in 2021. 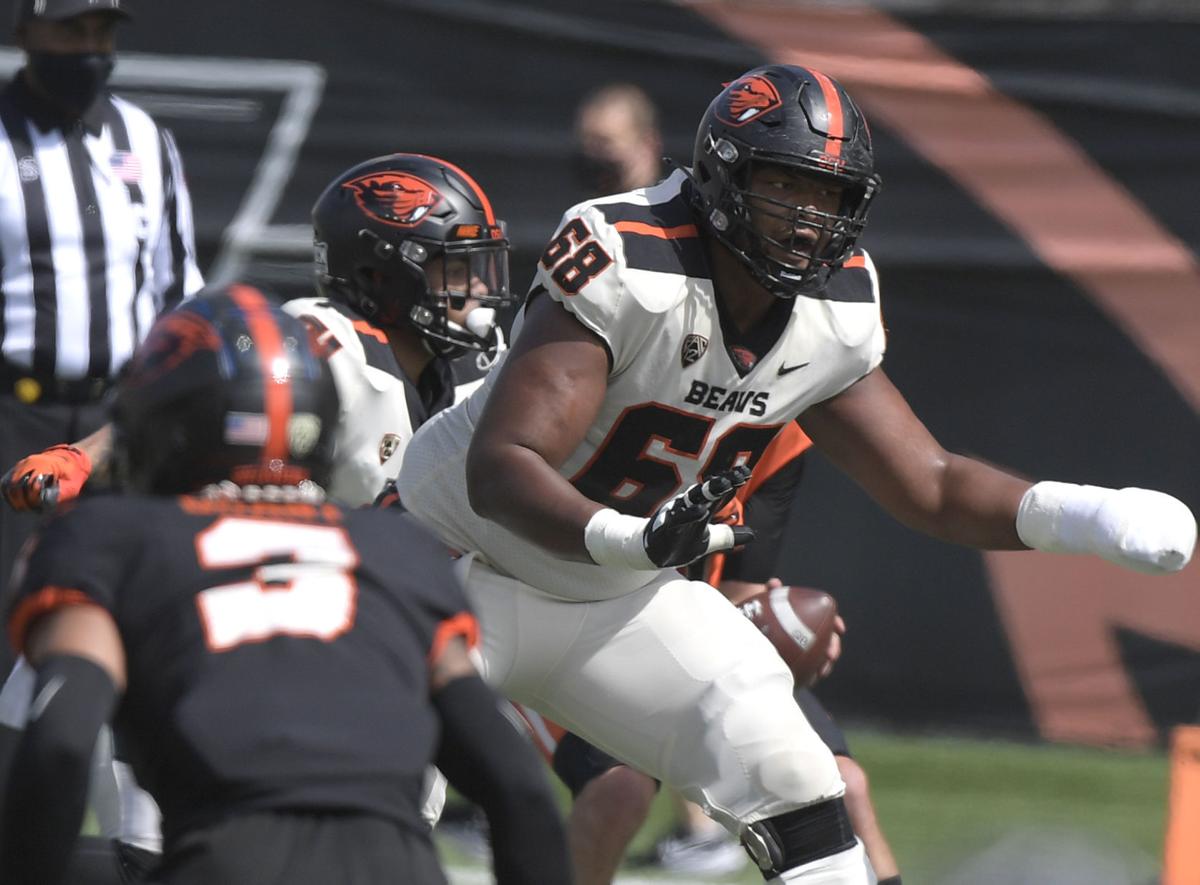 Experience, chemistry, no shortage of leaders and the potential impact of newcomers all have coach Jonathan Smith and his players confident and hopeful that 2021 could be the breakthrough season for Oregon State football.

Smith, the former OSU quarterback entering his fourth season as the Beavers’ head coach, said he’s pleased with the work that has been put in by the players this summer under strength and conditioning coach Mike McDonald.

Oregon State is chasing the program’s first winning season since 2013, which ended with a Hawaii Bowl victory against Boise State, and the Beavers’ first above-.500 conference record since 2012 (6-3).

“I think every year it’s important to win at least six games. At a minimum win six games,” Smith told the media Wednesday, two days ahead of his team’s first practice in preparation for the Sept. 4 season-opener at Purdue. “That’s a long-term goal but we are focusing it a game at a time. I’ve never felt better that each Saturday that we’re going to line up this year that we can win that game. We’ve got to play well to do it, but we can win that game.”

Senior outside linebacker Andrzej Hughes-Murray, taking advantage of a sixth year in the program, points to the game experience under the belts of a long list of veterans for his confidence in a breakthrough season.

He also singled out the solid individual 2020 seasons of returning teammates such as linebackers Avery Roberts and Omar Speights and quarterbacks Tristan Gebbia and Chance Nolan.

Hughes-Murray has also seen teammates stepping up after being encouraged to contribute more and work harder for the better of the squad.

“That’s something that’s helped bring out a bunch of leaders on this team,” he said.

Gebbia and outside linebacker Addison Gumbs, who also missed time with a hamstring injury last season, “will practice from the get-go,” Smith said Wednesday. “We will be smart with them as they go along. But Tristan has been working hard. I wouldn’t put him at 100, 100%. But I would put him at a spot where he can move the football and score touchdowns.”

Tight end Teagan Quitoriano has been dealing with a foot injury and won’t practice right away. Smith wouldn’t rule him out for the Purdue game but wants to wait until closer to the end of this month to see how Quitoriano is progressing.

Looking at the team’s progress as a whole, junior safety Jaydon Grant says strides have been made in players accepting feedback from their teammates. They’ve learned to accept that the criticism comes an effort to help the team improve.

Junior offensive lineman Brandon Kipper said that culture is something that’s been developing in his unit for a while now. With the team, he says it’s “night and day, light years ahead of where we were even a year ago.”

Kipper says the team is more mature than when he joined the program three years ago and players aren’t afraid to speak up when teammates aren’t meeting expectations.

With 20 or so players in a meeting room, it’s easy to establish a culture of understanding and growth.

“Obviously once you extended that to a full team of 120 dudes, it takes longer and it’s a process,” Kipper said.

Junior defensive lineman Isaac Hodgins, another fourth-year player with the Beavers, said that culture is big in his unit’s meeting room as well and that players both young and old are open to provide criticism.

In the past, players would get defensive and take it personal that someone was calling them out.

OSU football: Beavers have depth at quarterback, but who will start?

Oregon State defensive back Jaydon Grant (3) believes this year's large group of returners, which includes himself and teammates Avery Roberts (34) and Akili Arnold (0), will help bolster the Beavers' chances of a successful season in 2021.