CORAL GABLES, Fla. — In years past, the start of the third quarter has at times been, as coach Scott Rueck described it, a nemesis for the Oregon State women’s basketball team.

But so far this season, the Beavers have seemed to reverse that pattern and have taken advantage of fast starts after halftime to keep control of games.

On Friday, the first 90 seconds of the third quarter proved to be the defining turning point.

The No. 7 Beavers turned an eight-point lead into a 17-point advantage and they never looked back in dominating the No. 19 Miami Hurricanes in a 75-53 blowout victory in the Miami Thanksgiving Classic.

“We've had a lot of conversations over the years talking about that third quarter and this team seems quite the opposite,” Rueck said in his postgame radio interview. “We talk about coming out and winning the first five minutes of the third quarter and starting the half just like we started the game. And when this team hits a stretch like that, it's really special."

Kennedy Brown drained a 3-pointer to get the run started and Destiny Slocum added back-to-back 3s and just like that the lead was 45-28 and the Hurricanes had no answers.

Senior Mikayla Pivec said the Beavers have a little more aggression coming out of the halftime break this season than years past when they may have been a little more passive.

“If we had an 8- or 10-point lead we were OK with that and maybe feeling comfortable with that,” Pivec admitted in a phone interview. “But this year, these are statement games for us and trying to build our NCAA resume. Beating teams by more points, especially ranked teams, helps us in the long run.”

Oregon State is off to a 6-0 start and will wrap up the tournament at 11 a.m. against Liberty on Saturday.

Miami falls to 4-2 and plays Miami of Ohio on Saturday. The Hurricanes’ other loss was to DePaul.

Pivec scored 21 points and Slocum added 20 to lead the way on offense as the Beavers shot 49.1 percent from the field (28 for 57), including a 12-for-33 performance from beyond the 3-point line.

Aleah Goodman and Kat Tudor both added nine points (three 3s each) and Taylor Jones and Maddie Washington each had six.

The Beavers held Hurricanes’ leading scorer and preseason All-American Beatrice Mompremier to 13 points, seven under her season average. She was just 6 for 16 from the field in 28 minutes.

Endia Banks added 12 points but the Hurricanes were just 19 for 54 from the field, including 3 for 20 from deep in being held to a season low in points; their previous low was 68.

“They forced her away from her strengths and just did a great job of making her take tough shots,” Pivec said. “I was super proud of how they handled their post inside as well as I thought the guards did a great job of forcing tendencies well.

“I thought we executed our defensive game plan to a higher level than we have in the past.”

The Beavers took a 36-28 lead into the half after shooting 50 percent from the field (15 for 30), including 6 for 17 from beyond the 3-point line. The Beavers hit six of their final seven shots of the period and held Miami without a field goal over the final 3:35.

Slocum led the way with 12 points while Pivec added nine and Goodman six.

Banks had nine points and Mompremier eight for the Hurricanes, who were 12 for 26 from the field but only 2 for 11 from deep.

After giving up the first basket of the game, the Beavers scored seven straight and never led by fewer than three points. OSU held Miami scoreless over the final 3:50 of the quarter.

Rueck knew his team would need a big effort to get a win on the road and he was happy with what he saw.

“I was curious to see how we would handle it, how we would play against a projected first-round draft pick, and just what we would be like on the road and I was I was really pleased with the way that we played today and the way we competed,” Rueck said. 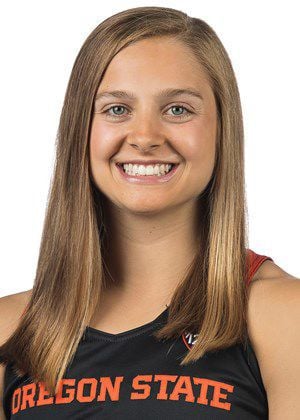 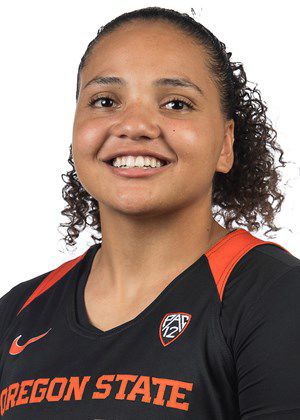