The Albany Police Department has a new member, Bentley a wellness dog.

There’s a new officer roaming the halls of the Albany Police Department — on four legs.

The agency recently welcomed Bentley, an English black Labrador, to the agency as a wellness dog.

Unlike the APD K9 officers trained for tracking or drug detection, Bentley has a different job.

“He’s a great community asset,” Albany police Chief Marcia Harnden said. “He’s a wellness tool we can use to give love and support. How many public safety assets can do that?”

Bentley was donated to the agency from Working Dogs Oregon, a dog education and advocacy group. He was originally trained to assist someone the hearing impaired. Now, his job includes cuddles for police staff and the community at large.

Harnden said wellness has been a huge topic she’s tried to address during her law enforcement career and especially at the Albany Police Department.

“The more we can take of our employees now, the better off they’ll be in the future and onto retirement,” Harnden said. “A healthy first responder will have positive interactions with citizens.”

Bentley lives at the station but often goes home with Harnden or other APD staff. Harnden said Bentley really is like a family dog.

The job of law enforcement can be taxing, and Harnden said wellness tools and programs are crucial for maintaining healthy employees.

“The support from the department and wellness efforts were great,” Hayes said. “I don’t know how my family and I would have gotten through it without it.”

Bentley is just one way Harnden is continuing to place an emphasis on wellness. She said she's noticed a trend of more agencies getting wellness dogs and more agencies focusing on employee wellness in general.

Engaging with the community

But Bentley isn’t just for officers. The nearly 2-year-old dog is already ingraining himself within the community as well. His vest even has a patch urging the public to pet him, unlike traditional K9 officers.

Bentley has been attending community events and attending lock down drills at local schools to provide a calming presence.

“He’s able to sense who is most in need of a cuddle and care at a given moment,” Harnden said.

For now, it looks like Bentley is here to stay. Harnden hopes he’ll continue to be a positive energy at the station and in Albany.

“He’s here to just take some stress out of the day,” she said.

The Albany Police Department has a new member, Bentley a wellness dog.

Walking down the row of kennels at Heartland Humane Shelter and Care, visitors may notice a theme: There seems to be quite a few dogs that loo…

It all started when a trooper pulled over a car for following too close, an unlawful window tint and a speed violation.

A new collar: a look at APD's newest K-9

Albany police Officer Nate Ard has always been interested in having a K-9 partner. So when a new chief came in after his first few years in Al… 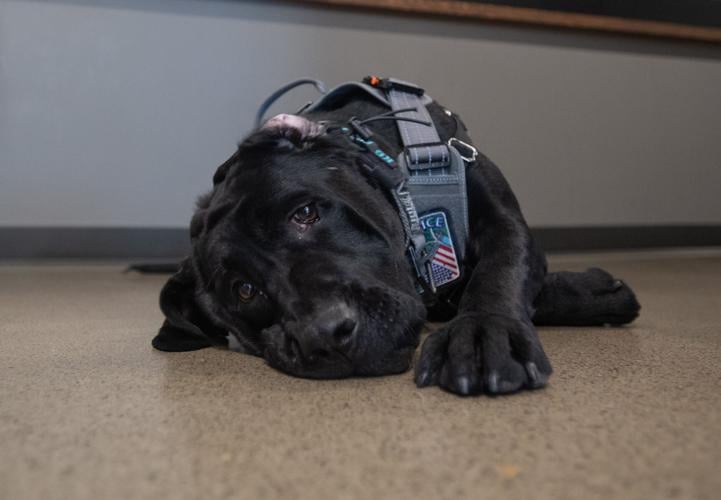 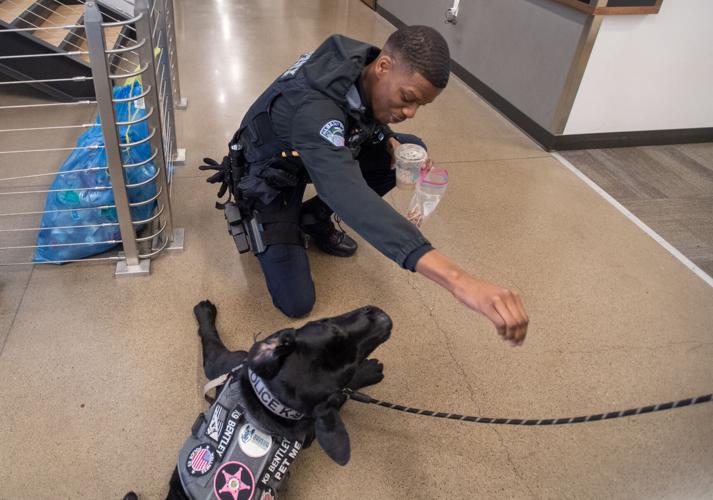 Officer Lashaun Emile is one of the officers who takes Bentley home over the weekend. 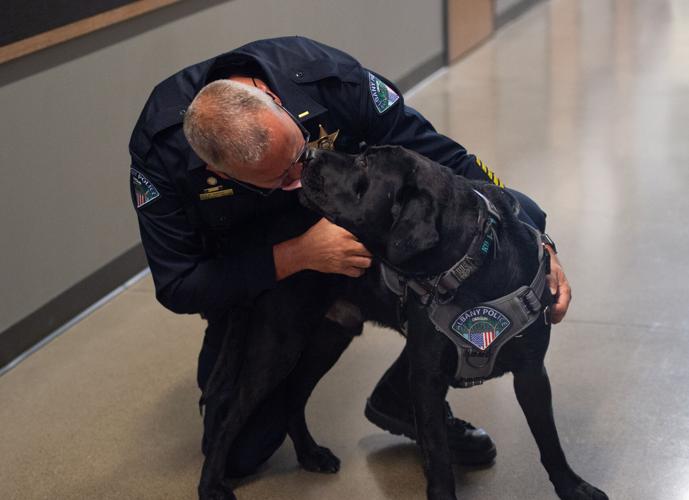 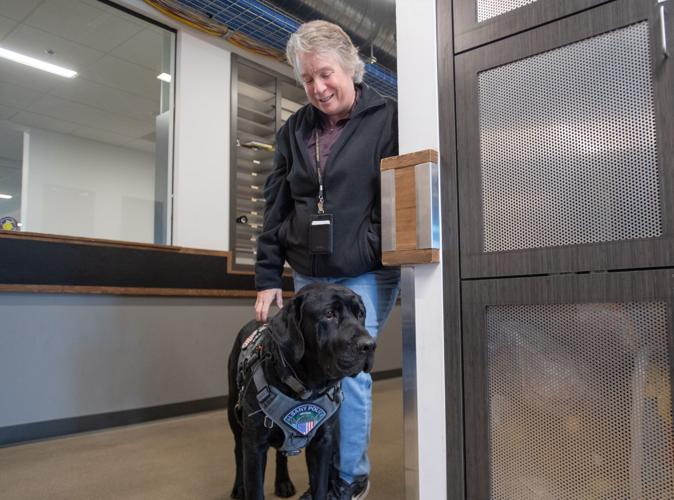 Albany Police Department Chief Marcia Harnden believes Bentley has already had a positive impact on the wellness of her officers.