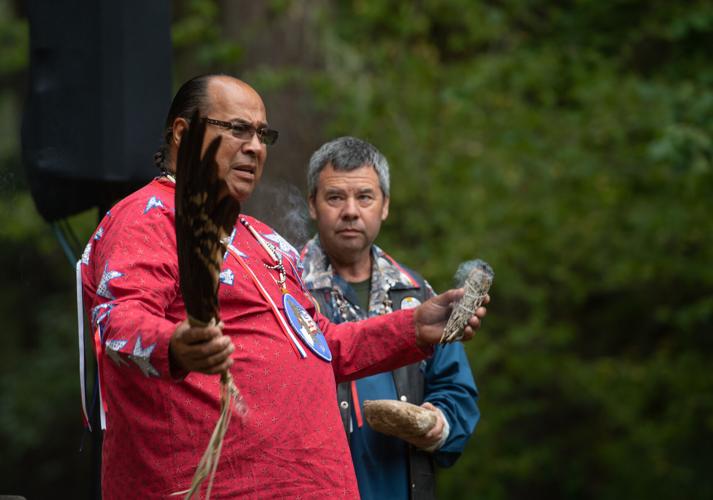 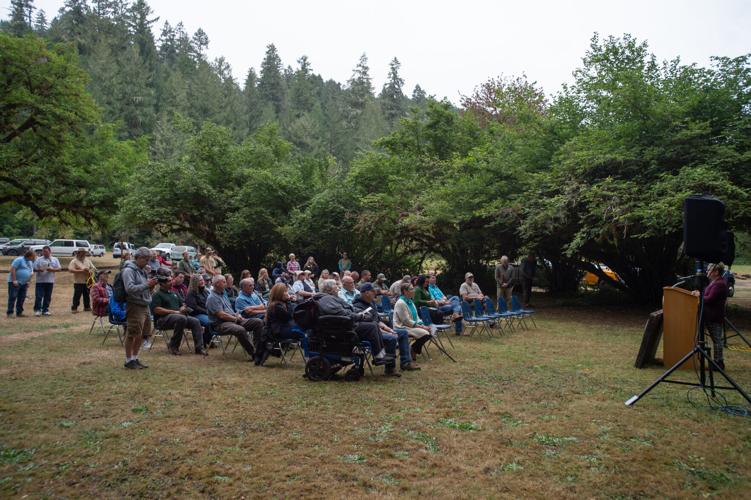 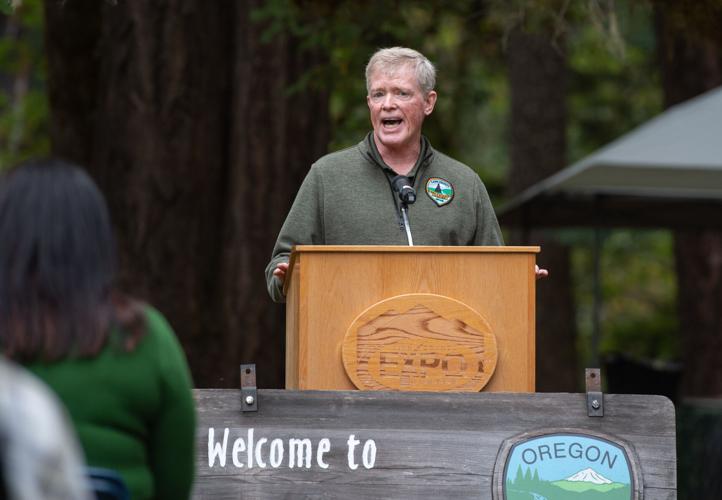 Linn County Parks & Recreation Director Brian Carroll speaks at the transfer ceremony about the importance of the park within the community on Wednesday, Sept. 21, 2022. 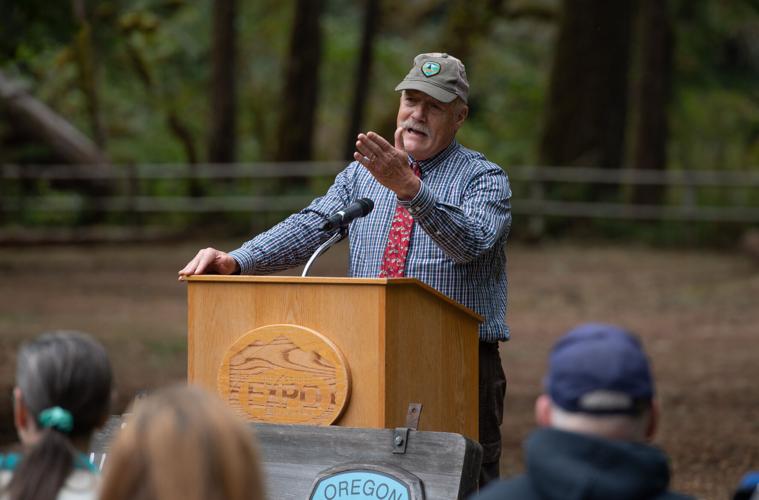 Linn County Commissioner Will Tucker speaks about his role in transferring the park to the Linn County Parks & Recreation Department on Wednesday, Sept. 21, 2022. 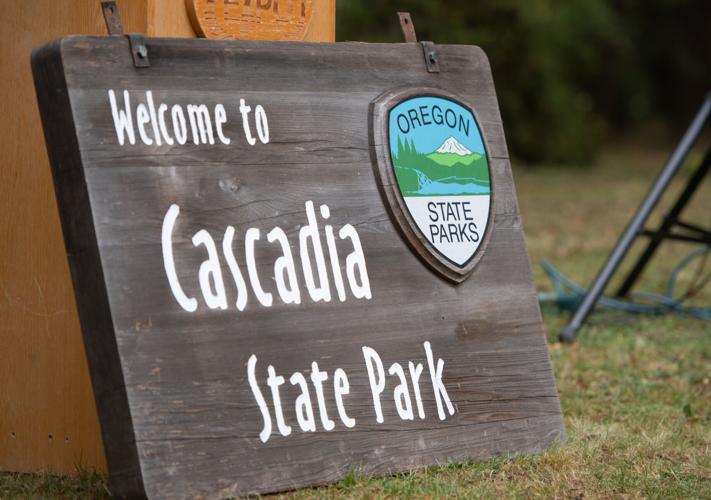 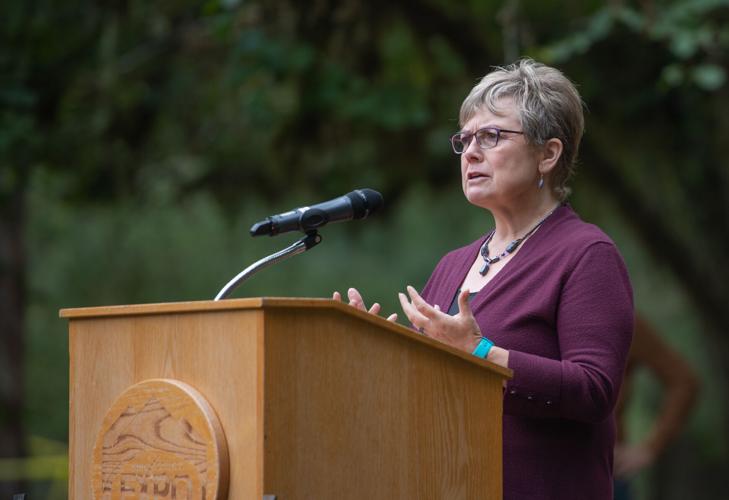 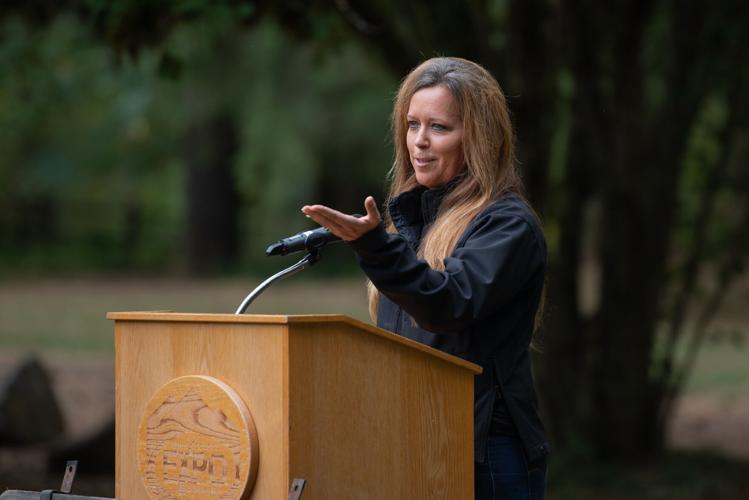 While ownership of Cascadia State Park switched to Linn County following a vote of the Board of Commissioners on June 14, the party was Wednesday, Sept. 21.

The ceremony celebrating the transfer included a Native American blessing and attracted about 50 people, including officials from both the state and the county.

Linn County Parks & Recreation Department had managed the 253 acres east of Sweet Home on an interim basis since 2019. Reflecting the change of ownership, it's now known as Cascadia County Park.

Discussions between Linn County and Oregon State Parks has been in the works for more than 20 years.

Cascadia County Park sits on the South Santiam River and is surrounded by old growth Douglas fir. It is near the historical Cascadia Caves, a site used for centuries as a gathering spot by Native Americans.

The man was reportedly already on the ground when he was struck.

In a video, a mom is seen questioning the driver: “Did you tell my kids that you would put them under the bus and run them over?”

Albany police have arrested a Corvallis man on suspicion of more than 10 sex crimes committed against a child younger than 12.

Witnesses told police a woman was crying and bleeding in the front yard of a home. Officers believe there may be other victims.

Jeffrey Alan Pearce, who drowned earlier this month in the Willamette River, was known by many around Corvallis simply as “Bird Man.”

Linn and 13 other counties lost the last legal round. Here's what the state Supreme Court's snub means.

It was two days in a row for the sentencing of Nicolas Pedro Simon. Here's his total time sentenced.

Linn County Parks & Recreation Director Brian Carroll speaks at the transfer ceremony about the importance of the park within the community on Wednesday, Sept. 21, 2022.

Linn County Commissioner Will Tucker speaks about his role in transferring the park to the Linn County Parks & Recreation Department on Wednesday, Sept. 21, 2022.