No ball here at the end of the year in Philomath — just a few dozen kids, a cardboard mushroom and a small but mighty nonprofit trying to spread its mycelia to the greater Benton County region.

Corvallis city elections featured ranked choice voting for the first time in 2022, leaving some voters with questions about how the system works and where it came from.

But opponents will say the voting method is unnecessarily complicated, or it leaves more room for errors or fraud.

Under ranked choice, voters choose candidates in order of preference. If nobody gets more than 50%, the one with the fewest first-choice votes is eliminated. Those votes go to the candidates listed as a second choice. The process continues until one candidate has the majority.

The counting process can take hours for some communities. Those with mail-in voting such as Oregon may wait days or weeks for results. In Corvallis, voters waited three weeks for final results in two ranked choice elections.

The reason for the delay on ranked choice tabulation was to assure all the ballots were in before calculating votes, to keep the process from getting tripped up on itself, said James Morales, Benton County Records & Elections Department director. Calculating results before everything is processed could be misleading, he said.

The period before releasing final results had previously been two weeks, Morales said, but it was extended another week because mailed ballots postmarked on or before Election Day can now be counted. The time allows voters with challenged ballots — those that might not be counted — to remedy the issue.

The department has relocated to the county’s Kalapuya Building from the county courthouse, giving staff and election board members more room to maneuver and increased storage. In a tour of the department, Morales pointed out multiple layers of security and accountability for the ballot delivery, sorting and counting process.

“We’re auditing ourselves the whole way through because we want everything to balance when it’s all said and done,” Morales said.

Auditing, providing tours, working with election observers — none of that is new for Morales. But with heightened election awareness and in some cases denialism, Morales is finding recently that some people still don’t trust the system.

“In the past, whenever we have shown someone what we do, as best as we possibly can, they usually come away saying it’s a pretty solid process,” he said.

The hardest aspect for anyone adopting ranked choice, Morales said, is verifying machines and software are counting ballots as intended. He said Benton County has taken as simple an approach as possible to the complex system of ranked choice voting to make sure it works as intended.

Results were cleared in the Ward 9 election, where three novice candidates sought to represent northeast Corvallis: Cadena, Nyssa Towsley and Cliff Feldman. The seat became a free-for-all when Struthers decided to vacate it for a mayoral run.

Election Day results showed Cadena leading the pack with 44.1% of the vote, trailing by Towsley at 33.2% and Feldman at 22.2%. Final results three weeks later showed Cadena with a clear victory at 57.5% of votes. Towsley had 42.5% after Feldman supporters’ second choices were distributed.

Benton County conducted the first election in Oregon using ranked choice voting in 2020, but it proved not to play a factor in the two races for county commissioner. County voters passed Measure 2-100 installing the system by 54% in 2016.

Both Democratic incumbent Xan Augerot (58.7%) and Democrat Nancy Wyse (63.6%) easily bested the 50%-plus that is required to prevent voters’ second and third choices from playing a role.

Republican John Sarna took second behind Wyse with 31.9% of the vote. Libertarian Cory Sedar was third at 4.2%. Republican Tom Cordier was second behind Augerot at 31.1%, with Pacific Green candidate Mike Beilstein third at 9.9%

County voters adopted ranked choice in large part because of efforts by state House Speaker Dan Rayfield, D-Corvallis. Rayfield was a chief petitioner for the initiative along with Blair Bobier, a Corvallis-based attorney and president of Oregon Ranked Choice Voting Advocates.

The standard system rewards candidates who win just a plurality but less than 50% of votes, Rayfield said previously, adding that it happens a lot in primaries.

Rayfield and other ranked choice backers say that the two-party system works against third- and fourth-party candidates because voters often have to choose between voting for the candidate they really like or picking one of the major candidates as the “lesser of two evils.”

The traditional majoritarian election system is good for parties and politicians, a National Review article asserted in June 2021, calling ranked choice a product of left-wing hostility towards elections, the Electoral College and the two-party system.

“Traditional majoritarianism reduces polarization, creates strong candidates, and gives voters a recognizable opposition that can be called upon when necessary,” the author wrote.

A majoritarian approach acts against smaller, more radical parties, instead pushing candidates towards the middle, according to the author, who adds that U.S. elections are candidate-driven, giving voters clear choices about the nation’s direction.

Weak candidates produced by ranked choice never truly command a majority, so they must win by cobbling together voting blocs to reach a majority, the National Review article states.

An opinion piece published online by The Hill in October criticizing ranked choice claiming the method’s growing popularity stems from allowing candidates with extreme political views and narrow bases of support to run in elections without acting as a spoiler for one of the major party candidates.

The opinion’s authors suggest ranked choice plays to extremists when the electorate is polarized, giving the example of a three-person race in which the moderate candidate may be preferred to each of the more extreme candidates by a majority of voters.

Voters with far-left and far-right views would rank the moderate in second place rather first, the authors wrote. Because ranked choice counts only the number of first-choice votes, the moderate candidate would be out in round one, leaving only the extremist candidates from either side.

Ranked choice is growing nationwide, according to Stateline, which reported in December that 62 jurisdictions in the U.S. have adopted the voting method, including Alaska and Maine for state races and New York City at the local level.

In the coming years, the number of jurisdictions using ranked choice could be 10 times that through state legislation and ballot initiatives, according to Deb Otis, director of research at FairVote, a nonprofit advocating for national ranked choice voting.

While some Republican officials criticize ranked choice, particularly after GOP losses in Alaska and Maine, the system is used in some right-leaning jurisdictions, including 23 towns in conservative Utah.

Ranked choice proponents say that the standard system works against third- and fourth-party candidates because voters often have to choose between voting for the candidate they really like and picking one of the major candidates as the “lesser of two evils.”

Examples of how ranked choice voting could have changed outcomes can be found in election history:

And then there’s the 1992 presidential race in which Democrat Bill Clinton received 43%, Republican incumbent George H.W. Bush 38% and independent Ross Perot 19%. To crunch the numbers another way 57% of voters rejected Clinton and 62% of them said no to Bush. Ranked choice could have told a different story.

Cody Mann covers the cities of Corvallis and Philomath. He can be contacted at 541-812-6113 or Cody.Mann@lee.net. Follow him on Twitter via @News_Mann_.

No ball here at the end of the year in Philomath — just a few dozen kids, a cardboard mushroom and a small but mighty nonprofit trying to spre…

There are two, but city staff are coming up with some of their own because the submissions are viewed as pricey. The city has $1 million from …

Liquids in garbage dumped in the landfill and from decomposing trash, combined with rainwater, are trucked out of Coffin Butte landfill for pr…

Philomath to fence off waterlogged development 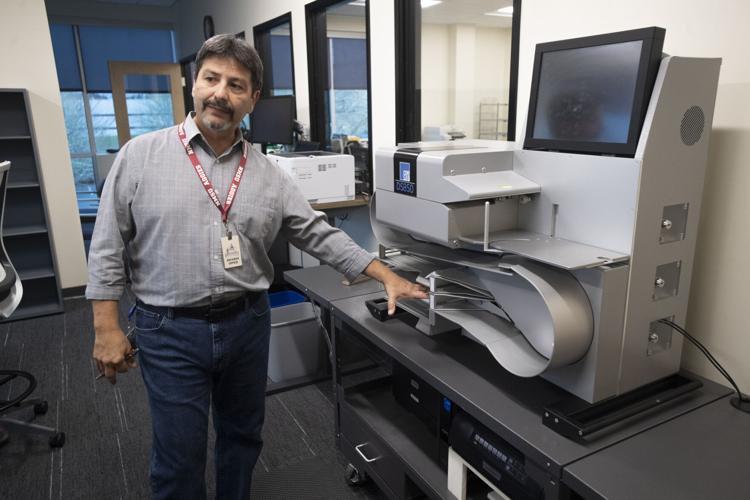 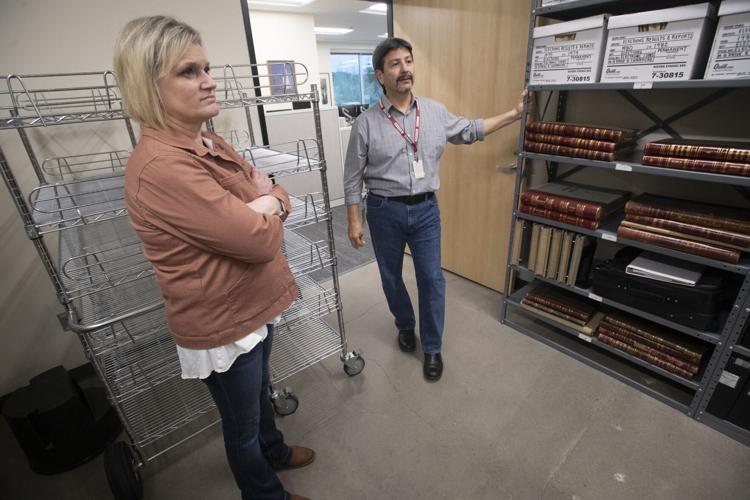 In the county's new records storage area with staff members James Morales and Darla Rush during a recent tour of the Records & Elections department. 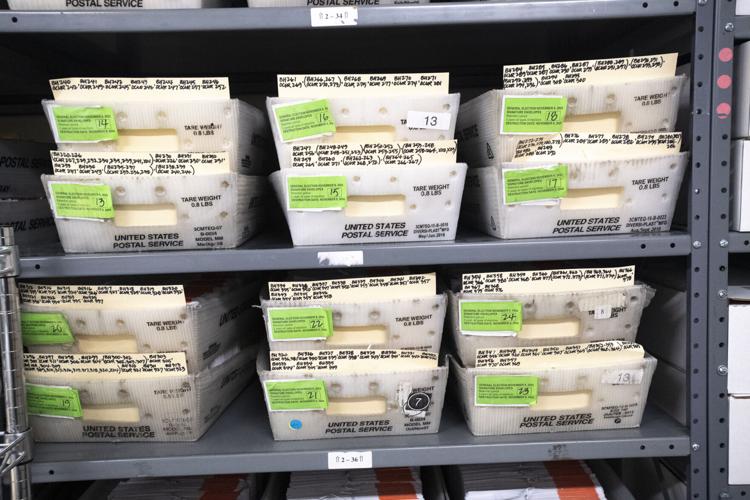 The new elections office in the Kalapuya Building in southwest Corvallis has more space for storage. 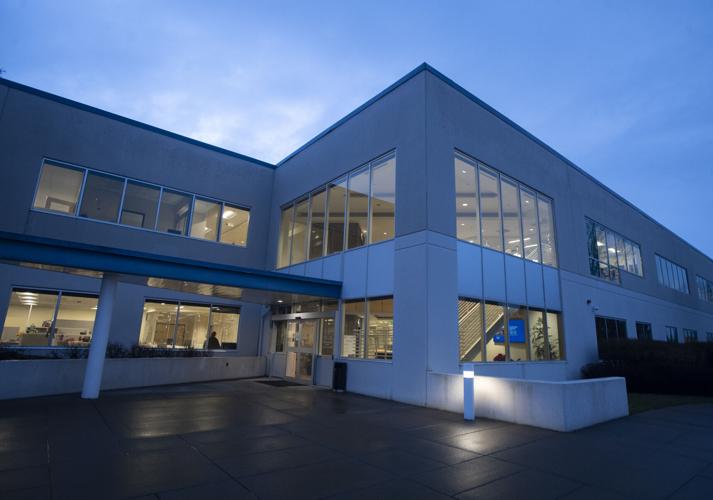 The Records & Elections Department is located on the second floor of the Benton County Kalapuya Building 4500 SW Research Way in Corvallis. 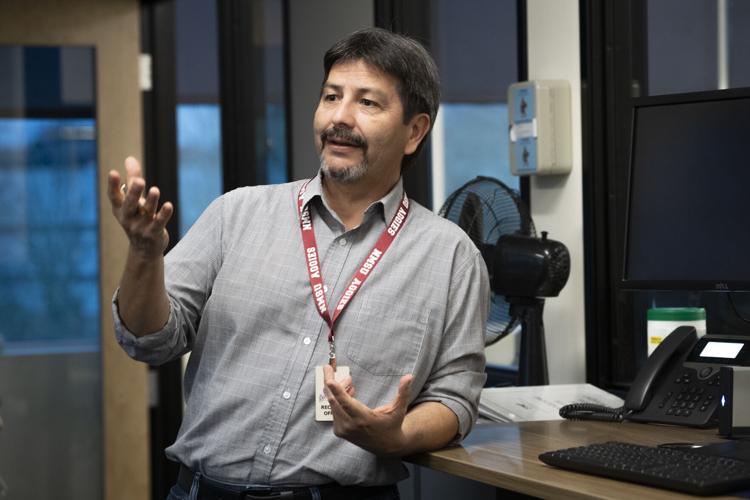