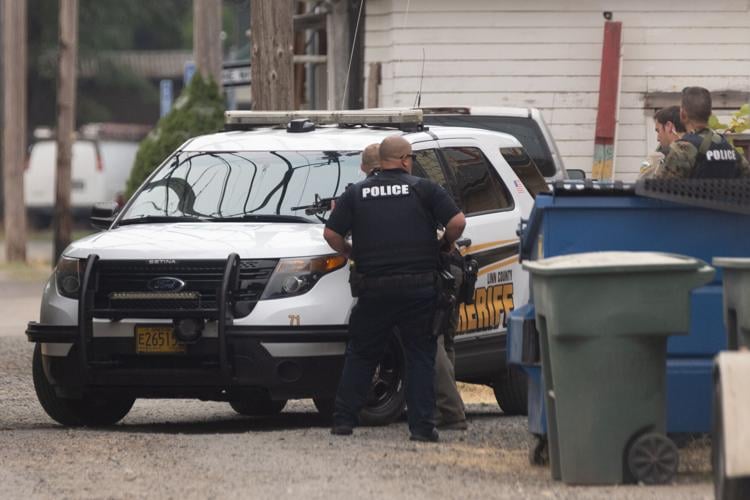 A group of law enforcement members with rifles wait down an alley behind the suspect house in Lebanon on Sunday, Sept. 11. 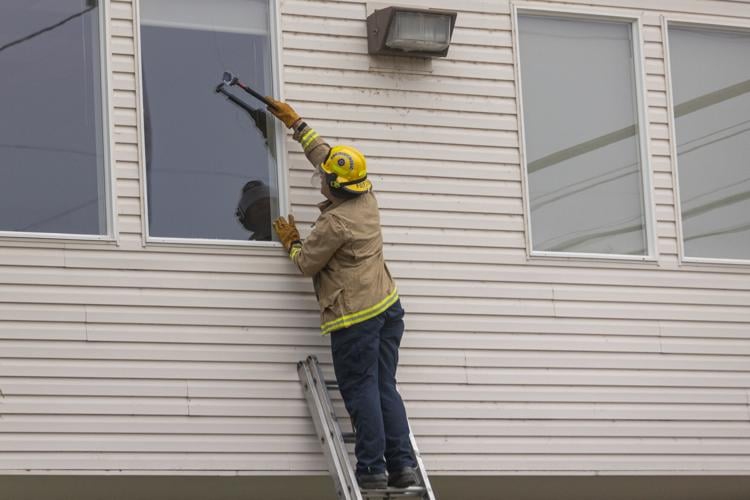 A Lebanon firefighter breaks a pane of glass so police could retrieve a bullet in Lebanon on Sunday, Sept. 11. 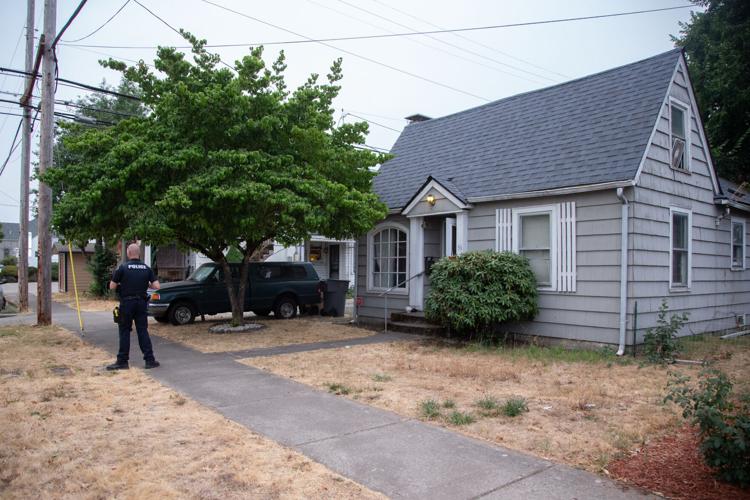 A Lebanon police officer outside of the house where shots supposedly originated from in Lebanon on Sunday, Sept. 11. 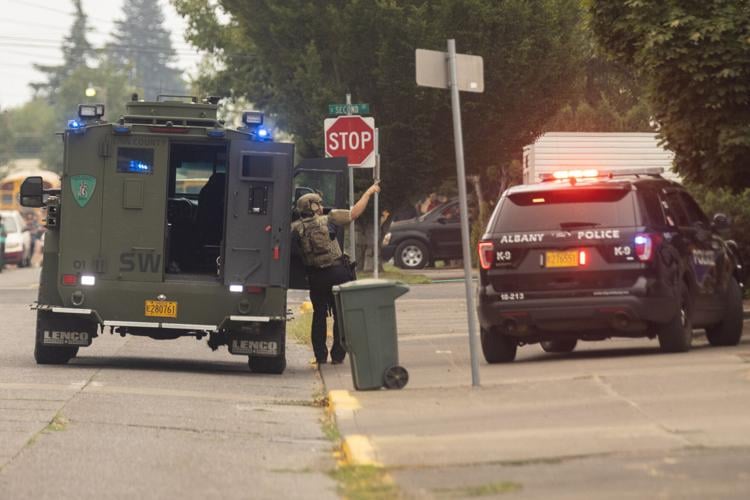 The Lebanon Police Department arrested a Lebanon man in connection to a Sunday, Sept. 11 shooting incident.

Local police and SWAT team members responded to the area of West Vine Street between South Main Street and South Second Street in Lebanon on Sunday at around 2:52 p.m.

A Lebanon PD news release said responding officers heard gunshots coming from inside a residence. Several bullets struck nearby buildings and a vehicle, according to the news release. Police later said it was not an active shooter situation, and there were no injuries.

Bullets were found at the scene Sunday, and a bullet hole was visible in the window of the Linn-Co Federal Credit Union.

Newport is accused of two counts of unlawful use of a weapon, two counts of recklessly endangering another person and a count of second-degree disorderly conduct.

He was arraigned in Linn County Circuit Court Monday, Sept. 12. During the hearing, prosecutor Conor McCahill alleged Newport almost hit two police officers with bullets from his pistol. It is unclear whether Newport was aiming at the officers or just shooting out of the house, McCahill said. Newport reportedly had at least 13 other firearms in the home.

Court documents allege Newport created a substantial risk of injury to two victims as well as caused public inconvenience, annoyance or alarm by “engaging in fighting or in violent, tumultuous or threatening behavior.”

In a notice filed with the court Monday, the state issued its intent to seek an enhanced sentence should Newport be convicted. The notice based the enhanced sentence on the assertion that "the degree of loss or harm was significantly greater than typical for such offense."

The prosecution also filed charges against Newport in connection to an alleged Thursday, Sept. 8 incident.

According to court documents, Newport caused physical injury to a victim in the presence of a minor who was living in the same house. The alleged crimes were an act of domestic violence and involved using or threatening to use a firearm against the victim, court documents said.

Newport is accused of fourth-degree assault, unlawful use of a weapon and menacing in connection to the Sept. 8 incident.

Judge Michael Wynhausen appointed Edward Talmadge as Newport's defense attorney and set bail at $150,000. The next court hearing for both cases is scheduled for Oct. 3.

Police and SWAT team respond to incident in Lebanon

Corvallis man arrested on suspicion of assault with metal cane

That was one of two alleged incidents that day.

The man was reportedly already on the ground when he was struck.

A group of law enforcement members with rifles wait down an alley behind the suspect house in Lebanon on Sunday, Sept. 11.

A Lebanon firefighter breaks a pane of glass so police could retrieve a bullet in Lebanon on Sunday, Sept. 11.

A Lebanon police officer outside of the house where shots supposedly originated from in Lebanon on Sunday, Sept. 11.