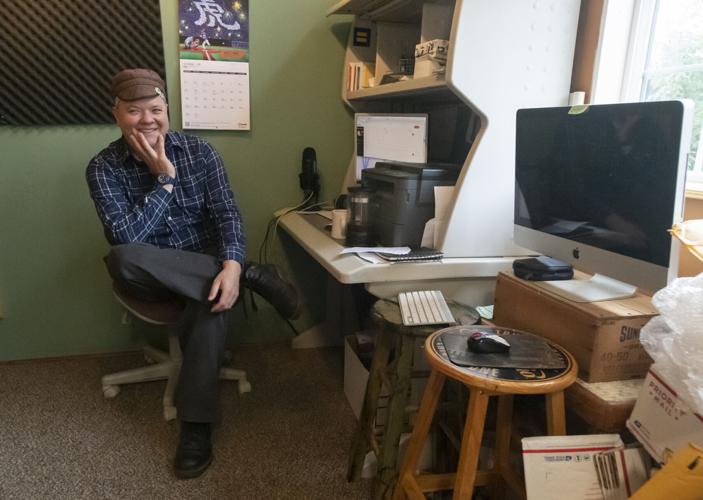 Dan Crall works on playlists and other duties from his home studio as the general manager for KORC FM, a volunteer community-oriented radio station in Corvallis. 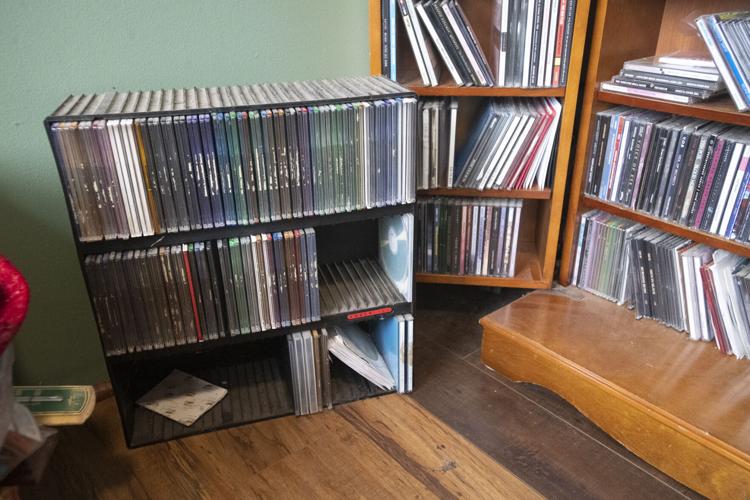 Dan Crall's collection CDs of "The Sound experiment," which may air on KORC FM. 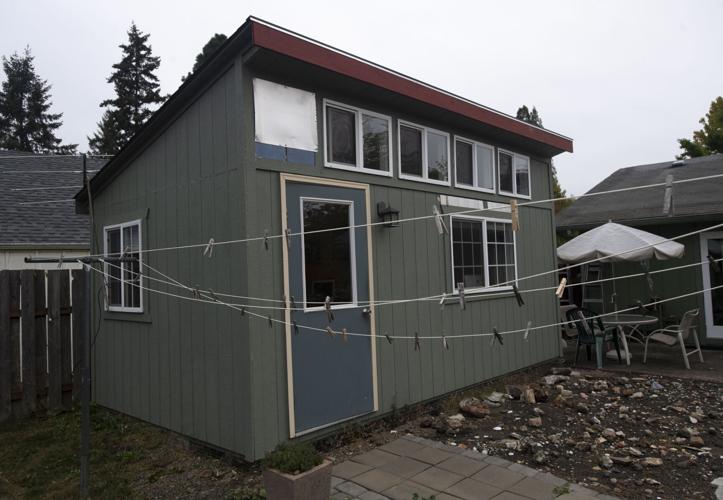 Dan Crall uses a home studio he is remodeling for his work with KORC FM.

Those who grew up listening to a favorite DJ on the radio now have the opportunity to become that smooth-talking, music-spinning FM star they’ve always looked up to.

“We really started to peak in the COVID days,” he said. “This is kind of that post-COVID renaissance.”

While the station is booming with 12 volunteers, Crall said he is looking for more. Interested people can volunteer in many capacities, he said, including writing and producing shows, public service announcements, website maintenance, public outreach and more.

Volunteers should have some experience in, or be able to learn, audio production and editing. The station is cloud-based, meaning DJs record and upload their finished shows from home to be aired whenever they’re needed in the schedule.

“I'm a huge music nerd,” Crall admitted. “I'm always looking for crazy stuff to play. We play a lot of world music. I'm all over the place, and so are some of our other DJs.”

Crall plays ambient music interspersed with inspirational quotes every morning from 6 to 8. He records the weather report every morning in his tiny home-turned-studio he is renovating in his backyard.

He joined KORC in September 2021 and has not taken a day off since, although he said it doesn’t often feel like work. This is somewhat of a passion project for him.

“It's really cool how this has happened,” Crall said. “I very much value community and being able to do cool things without having to work for 'the man.'"

His 8-year-old son Solomon is known as the “KORC kid,” who announces upcoming artists and public service announcements in a sweet kid voice followed by trap and bass music.

Radio as a medium has started to die off in recent years, and Crall said even he is guilty of streaming music on Spotify instead of tuning into local stations. But radio is a space where people can discover new bands they might not otherwise hear on popular streaming apps, he said.

“The thing is, there's not a whole lot of radio space left, and it's really religious organizations and commercial stations that buy up the bulk of all this,” Crall said. “We want to exist as a community-serving institution so that outside interests don't buy up all the airspace.”

A reporter says thanks for the memories to a business that's been a 63-year institution in town.

Beavers return to campus for a year with no restrictions

"The vibes are super good on campus."

Oregon State's new president learns the lay of the land

Jayathi Y. Murthy began her role as President of Oregon State University on Friday, and in her 10 days since moving to Corvallis, she’s alread…

Corvallis leaders put the city's transit provider on notice: For breaking its contract with the city, it may be held financially accountable a…

Dan Crall works on playlists and other duties from his home studio as the general manager for KORC FM, a volunteer community-oriented radio station in Corvallis.

Dan Crall's collection CDs of "The Sound experiment," which may air on KORC FM.

Dan Crall uses a home studio he is remodeling for his work with KORC FM.