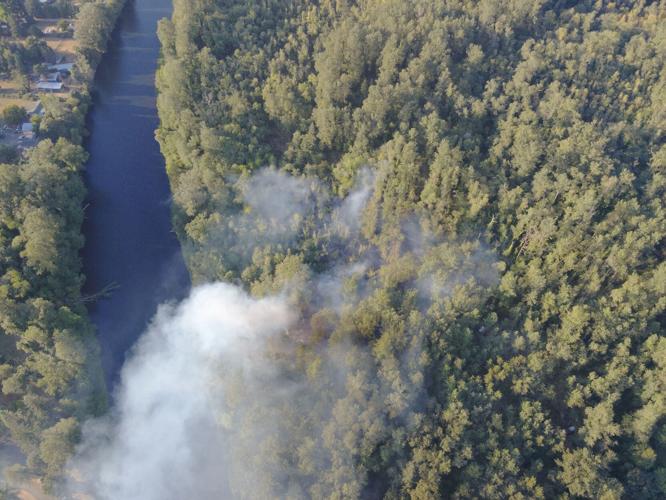 A 6-acre brush fire in Lebanon blazed through trees on Wednesday, Sept. 7, 2022, ahead of a county burn ban and a National Weather Service red flag warning. 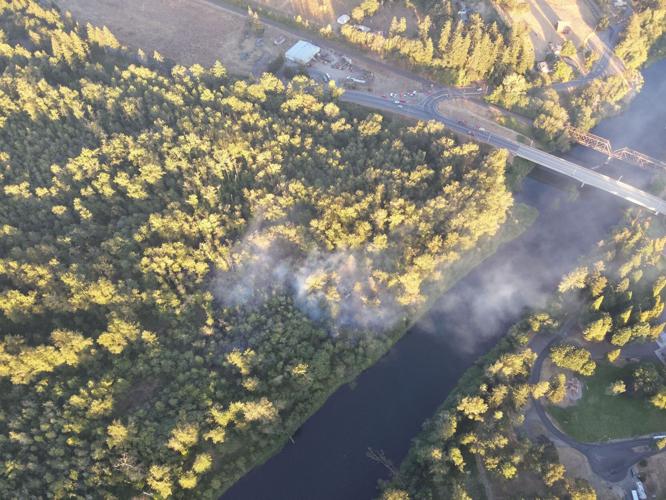 According a Lebanon Fire District news release, crews responded to a large fire at around 3:30 p.m. Those first at the scene observed around 6 acres of a mixed grass, brush and tree fire as well as homeless encampments along the Santiam River.

After arriving, the incident commander immediately struck a second-alarm request for additional resources.

Within 10 minutes, the Oregon Department of Forestry brought a bulldozer to start digging containment lines around the fire.

Crews set up fire pumper along the west of the fire and used the river as a water source.

At around 6:30 p.m., the fire was considered contained and mop-up began, according to the release. Medics transported one person to the Lebanon Hospital with minor smoke inhalation injuries. No firefighters were injured.

The fire scene remains active and crews were set to stay on scene to complete mop-up throughout the rest of Thursday, Sept. 8 with two brush rigs, a water tender, a fire engine and a hand crew. Smoke will lightly remain in the area for a while, according to the news release, but officials emphasized this is not cause for concern.

The cause of the fire is under investigation.

The fires come just ahead a weekend in which there will be total burn bans in Linn and Benton counties.

When the inevitable comes, health and safety officials want you know these steps.

Also: A strong east wind forecast and a red flag warning for the Willamette Valley means conditions will be favorable for rapid wildfire spread.

Selfless service and a sense of community were key themes at a 9/11 remembrance ceremony in Lebanon on Sunday.

Police and SWAT team respond to incident in Lebanon

The Lebanon Police Department arrested a Lebanon man in connection to a Sunday, Sept. 11 shooting incident.

A 6-acre brush fire in Lebanon blazed through trees on Wednesday, Sept. 7, 2022, ahead of a county burn ban and a National Weather Service red flag warning.