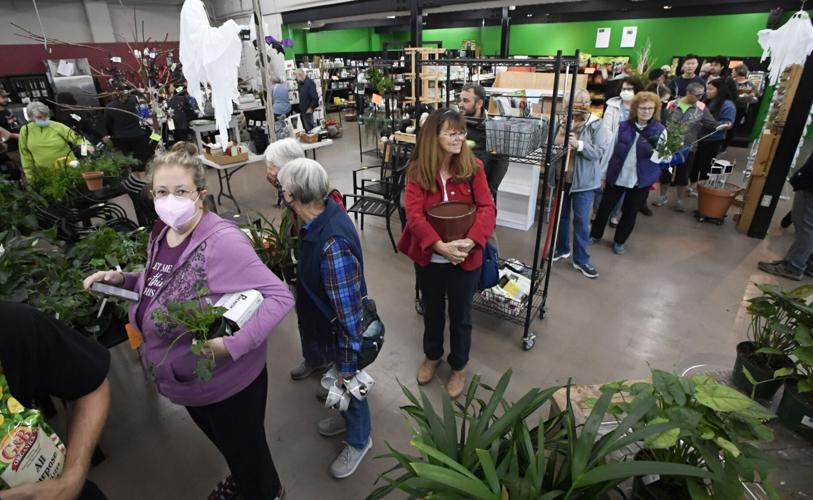 The line for the checkout snakes through the store at the closeout sale at Susan's Garden & Coffee Shop in Corvallis on Friday, Sept. 23, 2022. 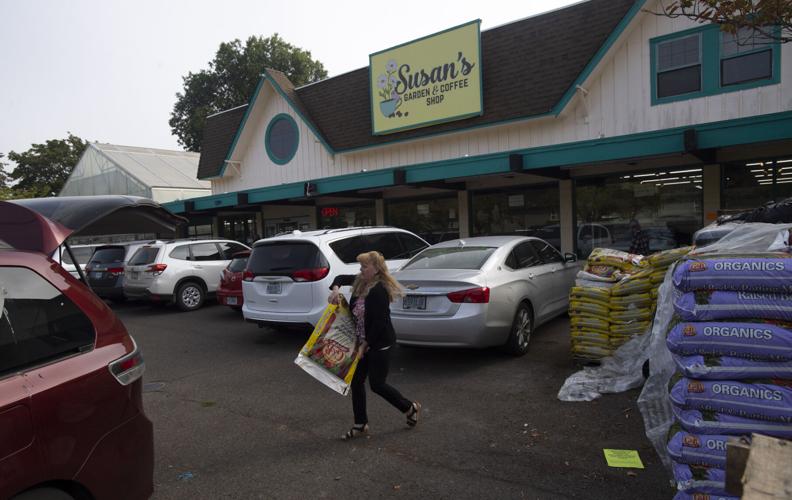 Krista Ferguson of Tangent loads a bag of soil amendments in her vehicle at the closeout sale of Susan's Garden & Coffee Shop in Corvallis on Friday, Sept. 23, 2022. 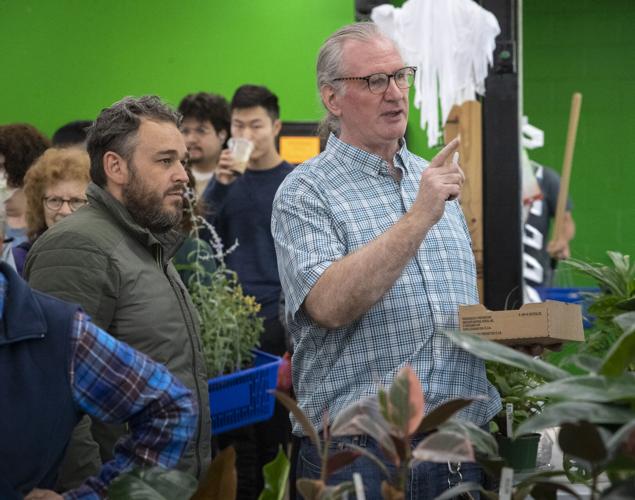 Tim Yaukey, co-owner of Susan's Garden & Coffee Shop, points out some deals to customers during the closeout sale on Friday, Sept. 23, 2022. 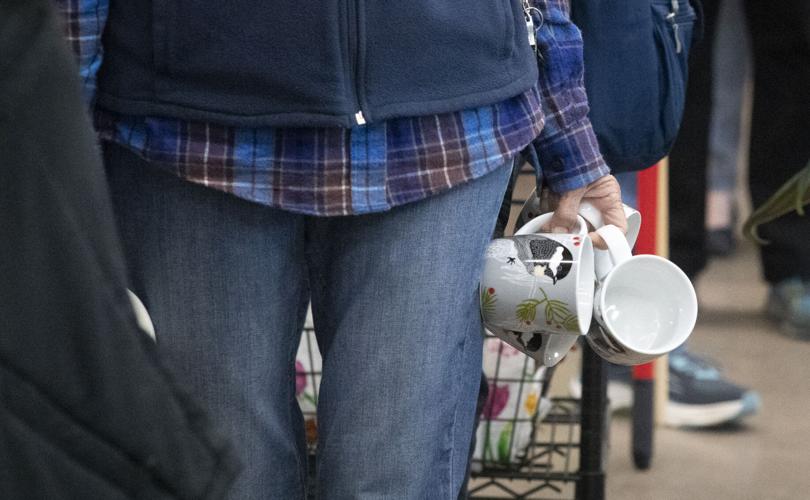 Customers in line at the closeout sale at Susan's Garden & Coffee Shop in Corvallis on Friday, Sept. 23, 2022.

When I moved to Corvallis last fall, I wanted to find a local business in town to frequent that would make me feel at home. So when I stumbled upon Susan’s Garden & Coffee Shop just a couple of blocks from my house, I immediately knew I had found my spot.

My friends will tell you I often sound like a paid advertisement for Susan’s: The plant-filled atmosphere is top-notch, the staff is always kind, and the coffee is delicious AND cheaper than anywhere else in town. My roommate and I look forward to walking to 299 NW 29th St. every Saturday morning.

So when I saw Tim and Susan Yaukey’s post announcing the closure Wednesday, Sept. 21 after 63 years in business, I was devastated. And so, it appears, was the rest of Corvallis.

The post said there would be a huge closeout sale Friday morning, “selling out to the bare walls.” Although I had only been visiting Susan’s for a year, I decided to check it out, so I would always have a part of it with me.

The scene was, well, pure chaos. I arrived 10 minutes before the doors opened, and the line had already wrapped through the parking lot and around the corner. When the automatic doors parted at 9 a.m., I was transported to what I can only imagine a Macy’s in New York City on Black Friday feels like.

Tim Yaukey said the crowd did not begin to thin until noon, and even then it was hard to keep up with all the pots, plants and knick-knacks flying around.

He is married to Susan, the obvious namesake for Corvallis’ beloved coffee shop. Her parents opened 29th Street Home Supply in 1959 in the lower story of First Alternative Natural Foods Co-op North Store, although it was not a co-op back then. Susan was 4 years old at the time.

In 1964 they moved into the current building and changed the name to Schmidt’s Garden Center. Tim and Susan Yaukey bought the business from her parents 14 years ago and added a coffee bar six years ago, at which point it became Susan’s Garden & Coffee Shop.

The decision to add coffee to the mix of plants and gardening supplies was “serendipitous,” Tim Yaukey said. He and Susan had come across a bookstore with a coffee kiosk in Massachusetts, and the proverbial lightbulb lit above Tim’s head.

But with enough convincing, and a need to set the store apart from other garden shops in the area, Susan Yaukey eventually relented.

“The coffee part just kept growing and growing,” he said.

Now with the Yaukeys reaching retirement age, he said, there’s only so much they can do to physically keep up with it. They are selling the building and believe it’s a prime retail location due to all the foot traffic from the co-op next door.

Tim Yaukey said he will miss the customers and staff most of all.

“Even though it's been tough with COVID and everything, the thing that kept me going was coming in and seeing the people,” he said.

I guess this means I’m in the market for a new favorite coffee shop. Enjoy your well-earned retirement, Tim and Susan. Corvallis thanks you for the memories.

It's a dog-friendly place too.

Corvallis native is the 2022 Barista Champion for the whole country

Margin is opening a second location.

New coffee shops in Downtown Albany, get the scoop

Coffee lovers gathered together, cupping their hands around steaming fall lattes as the ribbon was cut at The Brim Coffee Co., 241 First Ave. …

A Yamhill County court has struck down the Newberg school board's 2021 ban on political signs, declaring it a violation of the state constitut…

Anyone can be a DJ on Corvallis' community radio station

Those who grew up listening to a favorite DJ on the radio now have the opportunity to become that smooth-talking, music-spinning FM star they’…

The line for the checkout snakes through the store at the closeout sale at Susan's Garden & Coffee Shop in Corvallis on Friday, Sept. 23, 2022.

Krista Ferguson of Tangent loads a bag of soil amendments in her vehicle at the closeout sale of Susan's Garden & Coffee Shop in Corvallis on Friday, Sept. 23, 2022.

Tim Yaukey, co-owner of Susan's Garden & Coffee Shop, points out some deals to customers during the closeout sale on Friday, Sept. 23, 2022.

Customers in line at the closeout sale at Susan's Garden & Coffee Shop in Corvallis on Friday, Sept. 23, 2022. 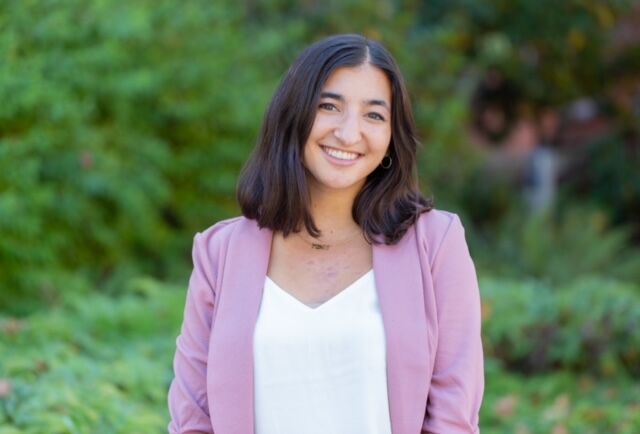