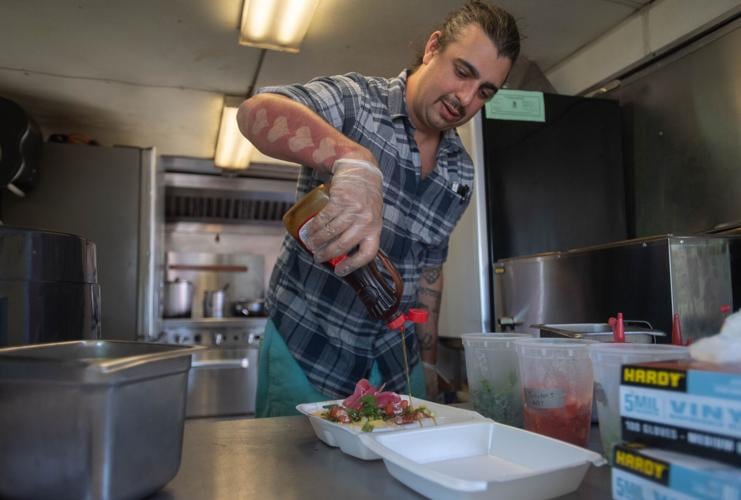 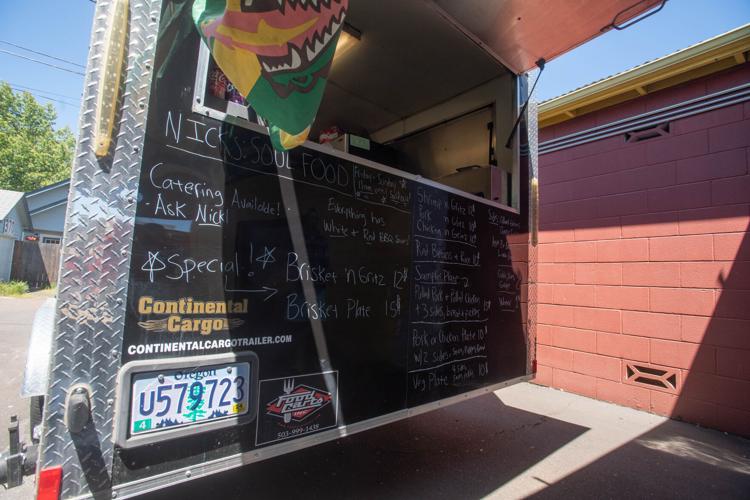 The menu of Nick's: Soul Food, which is open Friday-Sunday from 11:30 a.m. until the food is sold out. 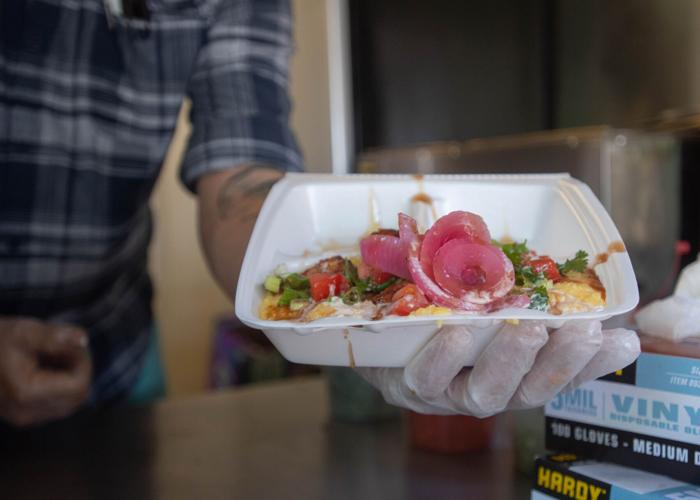 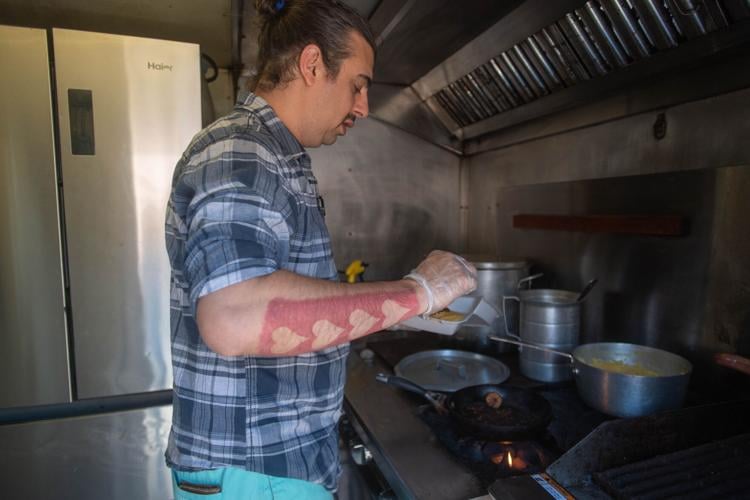 Nick Turner cooks all the orders himself and makes them fresh everyday. 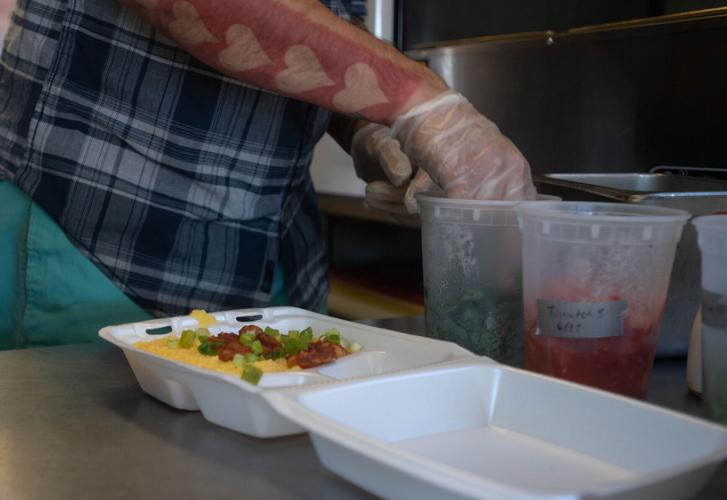 Nick Turner makes all his own seasonings and sauces.

If you’ve been to China Delight in Corvallis on the weekend, you may have been able to taste bar manager Nick Turner’s soul food, a cuisine he grew up on in his hometown of Birmingham, Alabama.

Earlier this month, Turner accomplished his lifelong dream of opening up his own place – Nick’s: Soul Food, located at 520 SW Fourth St. in Corvallis.

“It’s very surreal,” he said. “I come here in the mornings and sit for five minutes like, ‘Wow.’ It still hasn’t hit me how big of a responsibility this is.”

Turner has roots in Trinidad and Tobago, and he began cooking in Birmingham when he was 13. He’s held various jobs in the food industry throughout his life, and while his food truck is a significant step in the right direction, his goal is to open a brick and mortar building right here in Corvallis.

“I watched a lot of people who were successful and took notes,” he said. “I thought, ‘I’m gonna be like y’all.’”

Turner doesn’t have much down time; he still works at China Delight Monday-Wednesday and spends his “off day” stocking the truck and prepping for the weekend rush. He runs the truck by himself Friday-Sunday. Nick's: Soul Food is open from 11 a.m. until it sells out.

With his tie-dye Crocs and talkative personality, Turner exudes a laid-back nature while feeding lines of people all by himself. His cooking time is unbeatable, he bragged, and added that you can’t find authentic Southern soul food like his anywhere else in the state.

Turner has a different special every weekend, whether it is brisket, ribs, meatloaf, chicken wings or fried pork chops. The main course is his signature cheesy, salty, buttery grits topped with whichever protein people want.

“The cheese grits have changed people’s opinion on grits,” he added.

The fan favorite by far is "shrimp 'n gritz," which makes up for about six out of every ten orders Turner receives. He also offers pork and chicken with grits, red beans and rice, a huge sampler plate, vegetable plate and various sides, including a sweet and salty flavor bomb of apple pie baked beans.

All rubs and sauces are his, including the ever-popular Alabama white barbecue sauce, and everything on the menu is seasoned differently. He cooks fresh every day, arriving early to prep so he can chat with customers as they order without sweating the small stuff.

Turner has no social media, preferring to get customers via word of mouth like the old days. He’ll get there eventually, he admitted, but for now he encourages people to spread the word to their friends.

Nick’s: Soul Food shares a parking lot with Terra’s Tastee Treats and Miguel’s Mexican Cuisine. The trucks are so different they rarely have to worry about competing for customers, he said.

“I want to show off the authenticity of where I’m from,” Turner said.

Shrimp in lobster sauce at a Chinese restaurant? Sure. Shrimp and grits? Also a yes here.

Corvallis, Albany: Ready for the farmers' markets to return?

Find out what's new this year.

The Corvallis City Council voted 5-4 on Tuesday, June 21 to approve an ordinance requiring home sellers to list an energy score.

The Great Downtown Cleanup in Corvallis is scheduled to start Monday, June 27 and continue throughout the week, according to a news release.

Road resurfacing is scheduled between 7 p.m. and 6 a.m. from June 26 to July 1 on Corvallis’ Ninth Street from Circle Boulevard to Conifer Bou…

The menu of Nick's: Soul Food, which is open Friday-Sunday from 11:30 a.m. until the food is sold out.

Nick Turner cooks all the orders himself and makes them fresh everyday.

Nick Turner makes all his own seasonings and sauces.