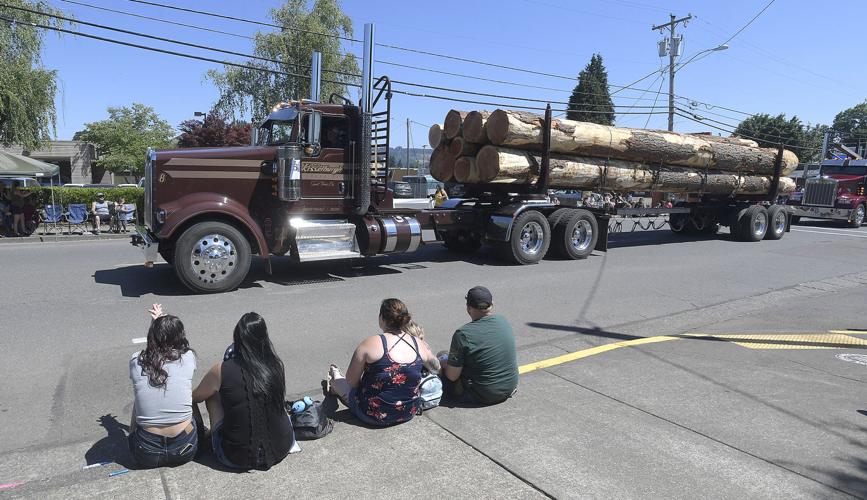 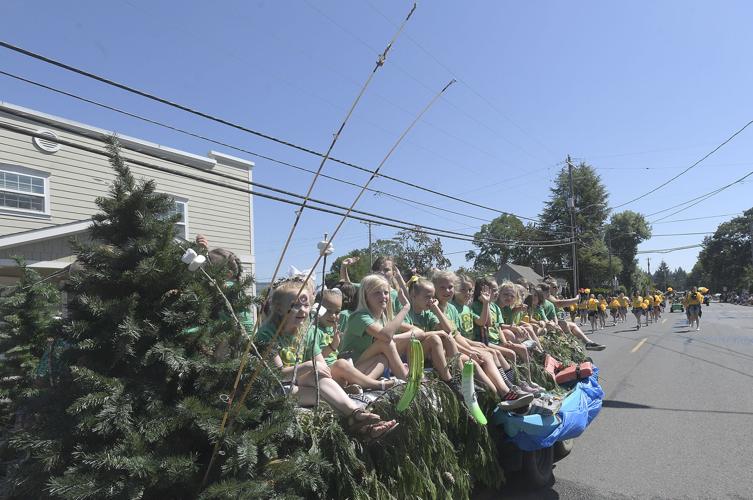 Children sit on a float in Sweet Home for the Sportsman's Holiday Parade.

Sweet Home’s big weekend off is back, Thursday to Saturday, July 7-9, with the return of Sportsman’s Holiday.

Event co-organizer Karla Hogan described the classic car cruise, parade and fireworks display, among other events, as nods to tradition in an event that is  itself a tradition.

Hogan said the event looks back on a culture of timber industry — for example, with the lumberjack Olympics — and forward, showing newcomers how their city slots into its place at the feet of the Cascade Range as Sweet Home verges steadily toward a population of 10,000 for the first time.

“Mountains and lakes and rivers and trees,” Hogan said, “you’re close to anything you could want to do.”

But the community’s tradition-keeping tradition is endangered, she said, as fewer people volunteer each year to help put on festivals and parades.

Canceled in 2020 under the onslaught of coronavirus and the deadliest pandemic in U.S. history, Sportsman’s Holiday returned in 2021 with a scaled-back parade.

The fireworks display that organizers from the Sweet Home Chamber of Commerce regularly held over Foster Lake was moved to a site on the north side of town because the U.S. Army Corps of Engineers, which manages the dam and reservoir at Foster, denied a use permit, Hogan said.

She said 2022’s event is the first that attempts to return to tradition: People can watch the parade roll past on Main Street, then walk a block south to Long Street and watch the floats on their way back from a loop around downtown.

The Cut the Gut Cruise on Friday recalls the route traveled by cars of teens when Hogan graduated from high school in the early 1990s, she said, a showy car-centric loop of town centered on what is today Les Schwab and A&W.

“We went to the gut every Friday night and hung out,” she said.

Even as organizers try to scale the Holiday up, Hogan said, response from volunteers hasn’t kept pace. She estimated the event hasn’t had as many people on hand to plan, gather supplies for and mark off sites for the fireworks and floats and fierce lumberjack competitions at the heart of the event.

Once a milling center for timber funneled in by tractor-trailer along Highway 20, the logging and milling industry fell off in the 1980s and ‘90s. Sweet Home is now a stop-off for people on their way to fish the rivers and lakes, to go boating, to snowboard, or hike and camp.

The town’s population, around 9,900, is growing and projected to tip into five digits for the first time by 2025.

New arrivals in town take the Holiday for granted and assume Sweet Home’s government puts on the Holiday, Hogan said.

Old-timers age out, and Hogan said she tends to notice a core group of Sweet Home boosters appear on several boards, several planning committees, and take on the responsibility for community events.

“They’re put on by volunteers. They’re excited to be out there. They're not getting paid for this,” she said. “It’s a labor of love for all of us.”

“It’s only a matter of time before those things are gone, and I want to hold on to these traditions,” she said.

Children sit on a float in Sweet Home for the Sportsman's Holiday Parade.