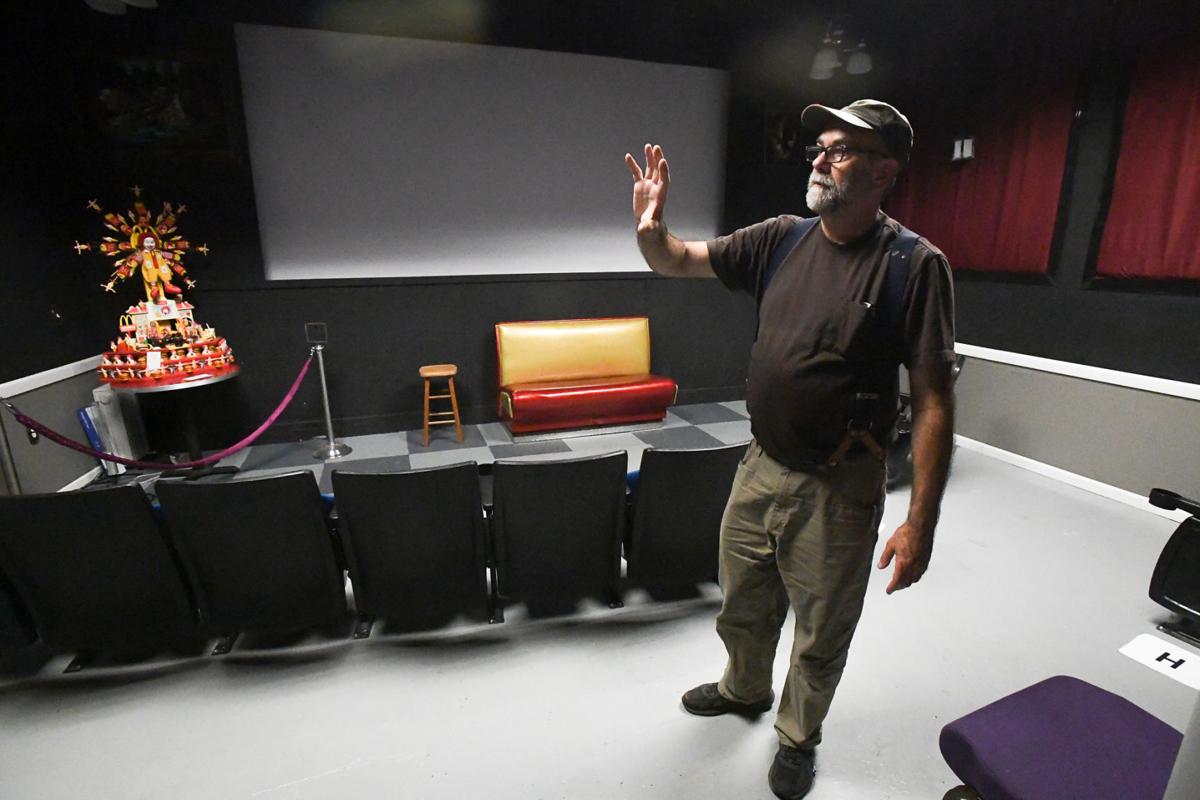 Paul Turner opened the Darkside Cinema for in-person attendance last weekend. Turner was able to do some renovations during the pandemic hiatus, including installing new seats. 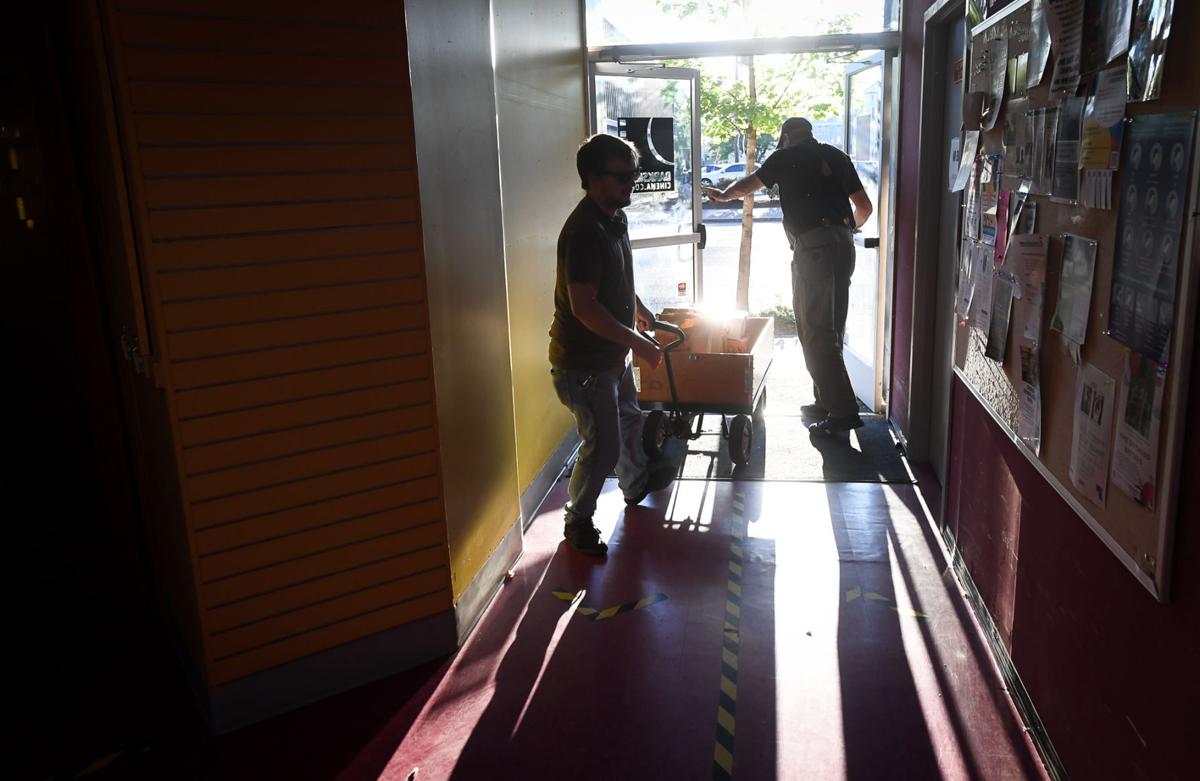 Paul Turner, right, and cinema manager Joey Bauer haul a load of supplies to the Darkside Cinema in Corvallis. 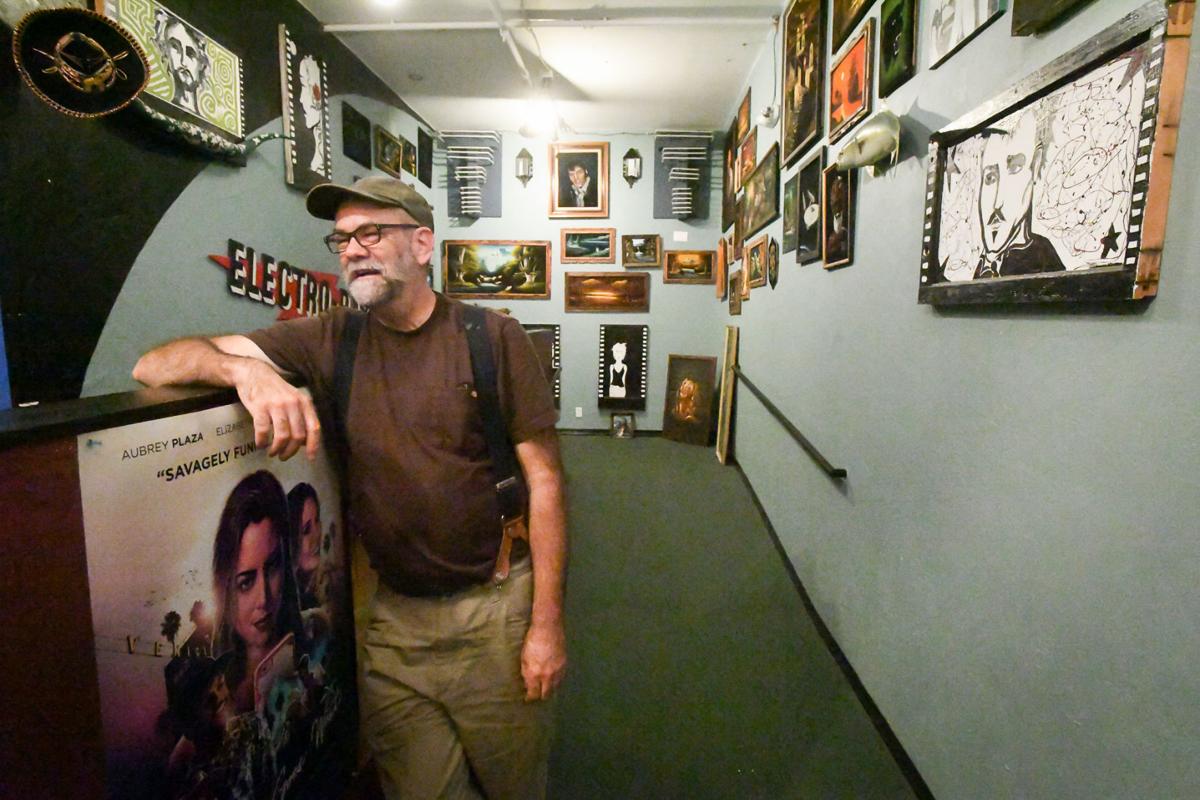 Donations from the community helped Paul Turner keep his theater, Darkside Cinema in Corvallis, above water during the pandemic 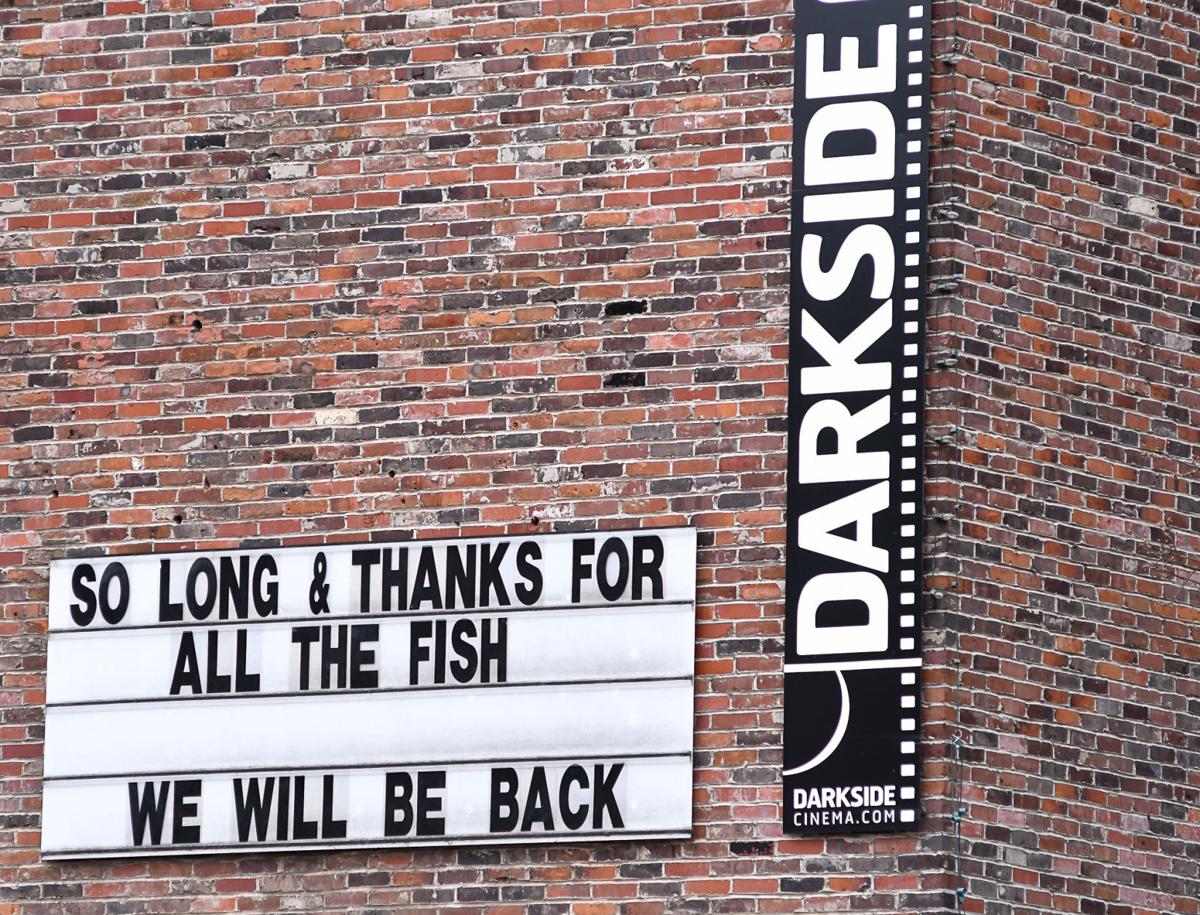 The Darkside Cinema in Corvallis is back.

Paul Turner was a little nervous as the big day approached.

After all, it had been about 16 months since Darkside Cinema had been forced to close its doors to film fans.

As the COVID-19 pandemic tide had turned enough to allow for patrons to return to the theaters, Turner, the venue’s owner/operator, had set his sights on bringing back in-house showings. He eventually announced that audience members would be able to return for showings of “Pig” and “Nomadland” over the past weekend.

Turner had been dealing with some technical challenges with his projectors and other equipment and was crossing his fingers that he would not wind up dealing with any setbacks after a long layoff.

The entire weekend went off without a hitch.

“Friday we were biting our nails hoping that everything would hold together and the cinema gods smiled on us, everything went perfectly,” Turner said. “Technically we had a really good weekend. We had no hiccups in the system, which was amazing, we didn’t expect that.”

It was evident that quite a few people had been eager for a chance to get back into the theater.

Turner said the attendance was good for the weekend. That was mainly due to the showings of “Nomadland,” which won the Academy Award for Best Picture.

“The surprise was we sold out a lot of the shows of “Nomadland,” which speaks loudly to the notion that streaming is going to kill cinemas, because people had been waiting to see it on the big screen and they loved it,” Turner said. “So it was a good weekend all around.”

Turner makes safety a priority for the customers and follows the COVID-19 guidelines set by Benton County. The staff is vaccinated but wears masks while serving customers.

Those who have been vaccinated can attend a showing without a mask and Turner expects everyone to self-enforce the rule.

The staff sanitizes the venue and show times are staggered to avoid crowds leaving and/or arriving at the same time.

There is also a new fan system which can filter out stagnant air when needed.

“So we’ve been taking the best precautions that we can,” Turner said. “We’re being very safe and we’re kind of letting our customers decide their level of comfort. I’ve gotten emails from people saying they don’t want to come in unless we check vaccination cards for everyone else in the auditorium and I am uncomfortable with that and I told them so and they seem to be OK without feeling the need to argue with me on that.”

Concrete plans are nearly impossible to come by in the chaotic world of independent cinemas.

The near future for the Darkside Cinema is a little clearer, as long as COVID protocols allow.

Turner said the intention is to open the theater three to five days a week through the summer and expand the show schedule when the rains arrive.

“Because when the rain hits we do very, very well,” he said. “So when the weather gets bad our admissions go way up because more people are coming to get out of the house.”

Those attending the shows were able to check out an upgraded Darkside. Turner was able to do some renovation work during the pandemic.

New seats were installed to make more space between customers and Auditorium 1 was transformed into a performance hall. The screen can be moved to allow for concerts or other acts.

With the move from film to digital, the sound system was in dire need of a revamp and Turner brought in new equipment that enhances the experience.

It was a long road to get to this point. Shutdowns due to the pandemic crushed many small businesses throughout the country and losing the Darkside was a real possibility for Turner.

The Darkside was thrown into survival mode and Turner was determined to keep the cinema afloat.

T-shirts were sold. Popcorn sales were held on weekends. Movie streams were offered, as were private screenings when allowed.

Grants and loans were sought and Turner was able to do some renovations to the theater, including bringing in some new seating.

But one of the biggest boosts came from those who reached into their pockets and donated.

“The donations were pretty amazing because we had some people who gave a ton of money. It was insane, you’d get the check and you’re looking at all the zeros and it’s like, how the hell did that happen?” Turner said.

“So that’s pretty cool, but the coolest thing is the people who like send five bucks. They stick it in an envelope and they mail it to me and they say, spend this how you want. I just want you to know that we’re thinking of you and this is what we can afford. It’s just very touching that people gave whatever they had.”

The River Rhythms concert series kicks off Thursday evening with a performance by Super Diamond, a Neil Diamond tribute band.

The Gothard Sisters will play a concert at the Whiteside Theatre on July 23.

Mid-Valley Live: A day at the museum

My family made occasional daytime visits to Horner Museum when I was a child.

William F. Finley National Wildlife Refuge is an ornithologist’s dream, and a great place for a walk in the great outdoors, too.

Paul Turner opened the Darkside Cinema for in-person attendance last weekend. Turner was able to do some renovations during the pandemic hiatus, including installing new seats.

Paul Turner, right, and cinema manager Joey Bauer haul a load of supplies to the Darkside Cinema in Corvallis.

Donations from the community helped Paul Turner keep his theater, Darkside Cinema in Corvallis, above water during the pandemic

The Darkside Cinema in Corvallis is back.