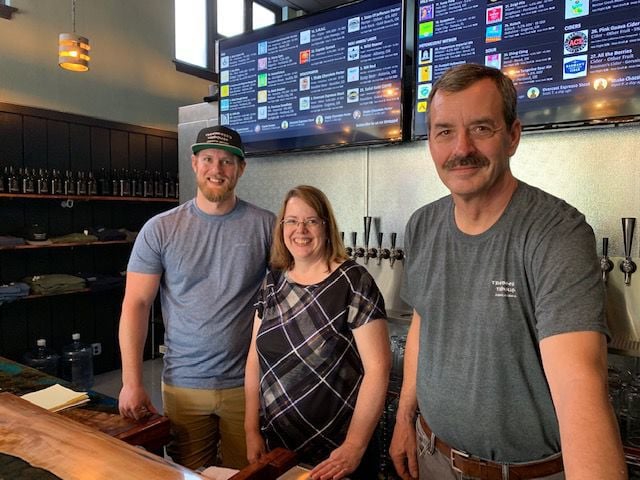 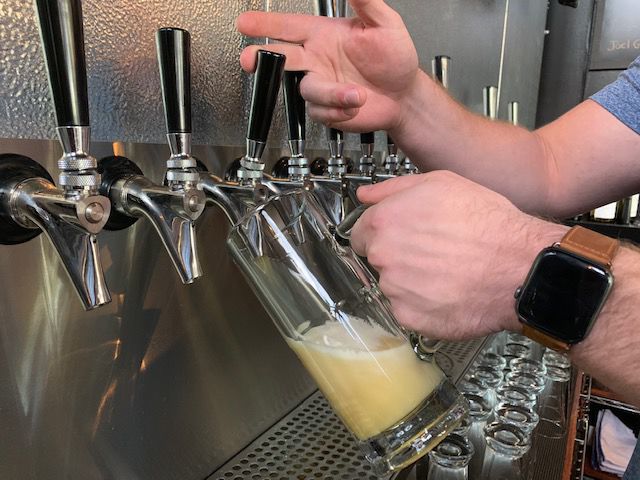 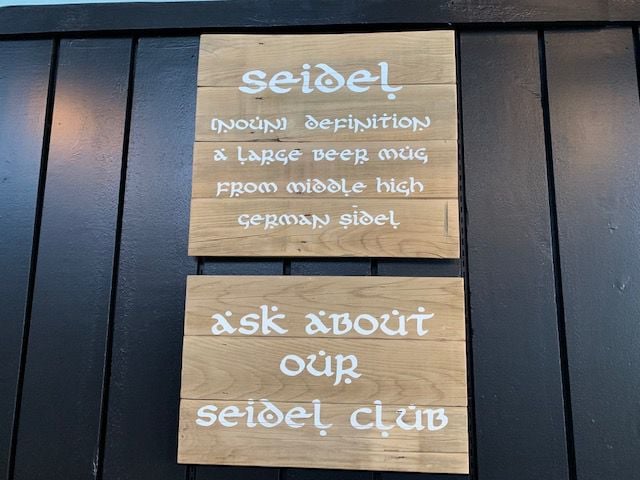 Luke Seidel moved to Oregon about three years ago to work as a physician’s assistant, and he got introduced to the Pacific Northwest’s heady craft beer scene.

Whenever he’d go on a trip he’d seek out a new microbrewery or taphouse. While sipping on beverages, he’d take mental notes of what worked best at these establishments.

“I thought it would be a cool thing to replicate if I had the chance,” he said.

He and his parents took that chance by opening up Treebeerd’s Taphouse in downtown Corvallis at the end of August.

A grand opening celebration for the business is scheduled for Sept. 28 and 29, and there will be giveaways, raffles, special sales and representatives from breweries on hand to talk about their beers.

The taps at Treebeerd’s include a rotating selection of beers and ciders, mainly from the Northwest, but there have also been brews from Florida, Michigan, Germany and elsewhere.

“There’s a variety, so everyone who walks in can find something they like,” Luke Seidel said.

He added that he wanted to create something a bit better than the typical taphouse. “We put a lot of work into the aesthetics of it so it would look nice and cozy,” he said. Naturally, the eye gravitates toward the wooden tables, designed to appear as if they have streams running through them.

Dave Seidel, Luke's father, said that the goal was to create a place where patrons wouldn’t feel out of place if they were in shorts and flip-flops or a three-piece suit. And that’s an actual issue in Corvallis, given that the community includes high-tech businessmen, loggers and college students.

The name of the business is inspired by a character from J.R.R. Tolkein. “We’re all ‘Lord of the Rings’ fans,” Dave Seidel said.

“We spelled beard differently because of the beer,” he added.

The Seidels also said they also wanted to have something with ties to the outdoors, and family members have been involved in the timber industry.

Treebeerd’s Taphouse also includes a cooler stocked with quality cans and bottles, including a wider selection of gluten-free options, as well as sandwiches from the nearby Old World Deli. American Dream Pizza’s downtown location is just across the street, and the restaurant will deliver for free to Treebeerd’s.

For Luke Seidel and Betsy Seidel, Treebeerd’s won’t ever be their main gig. But Dave Seidel quit his job as a salesman and is now working full-time at the taphouse.

“I was getting burned out from sales anyway, so here I am,” Dave Seidel said.

He and Betsy moved to Oregon permanently about seven years ago, after spending most of their lives in Wisconsin. Dave Seidel’s job took him to the Corvallis area about 20 years ago, and the family lived here for a year.

They couldn’t wait to get back because of the outdoors, the mountains and the ocean.

“You don’t have to shovel rain,” quipped Luke Seidel.

“The people are awesome, too,” added his father.

Perhaps it’s fitting that the Seidels own a beer-based business. The family name means a large beer mug in German.

The taphouse has a Seidel Club for regulars who get to drink out of a seidel and get other discounts on growler fills and merchandise. The club costs $50 per year.

For more information, call 541-730-5622 or go to the taphouse’s Facebook page or www.treebeerdstaphouse.com.

Treebeerd’s also is on the Untappd smartphone app, which lets users check out the beer selection.

2 Towns Ciderhouse has a hit on its hands with SeekOut Real Hard Seltzer, a suite of all-natural adult beverages which first hit the market in…

Ko Atteberry, a chef classically trained in French cuisine, has been a mainstay on the Corvallis dining scene for years, but it wasn't until a…

Eric Howitt said the best advertisement for his business is the smoke that wafts from behind Cascade BBQ.