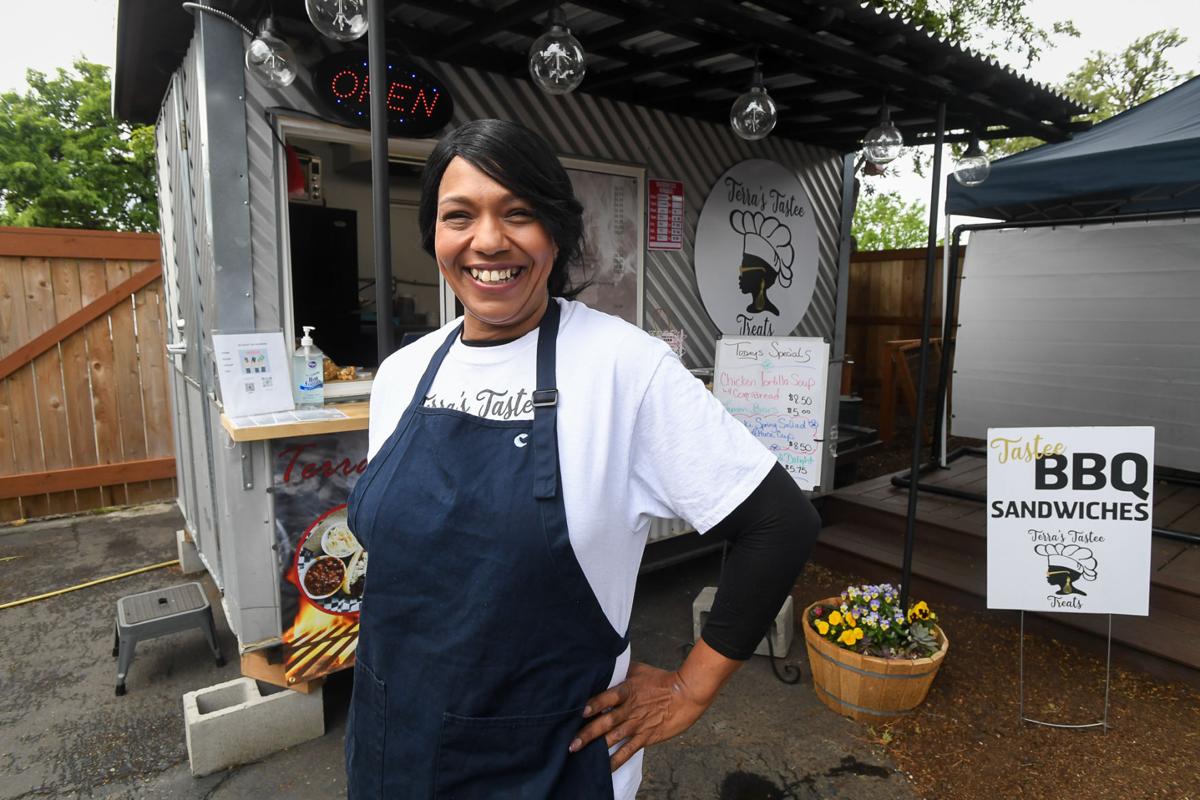 Terra Brown created her food cart, Terra's Tastee Treats, after losing her job during the pandemic. The cart is at Common Fields, a food truck pod in downtown Corvallis. 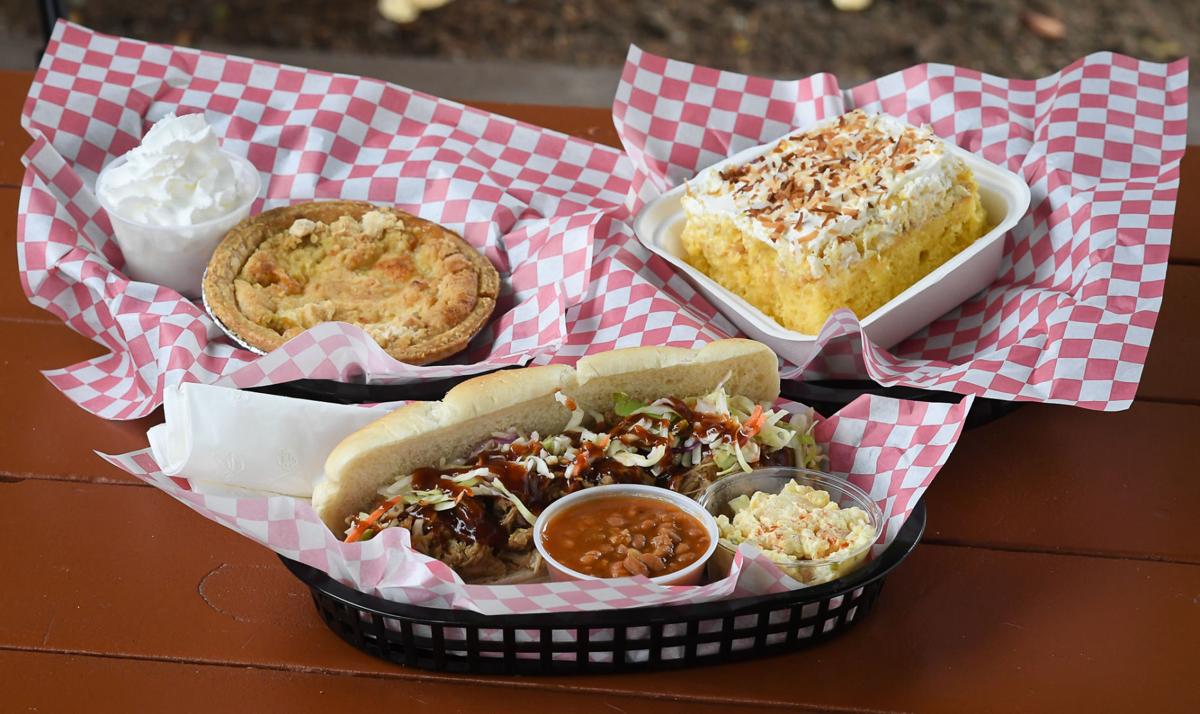 Terra's Tastee Treats specializes in barbecue and desserts. The business has daily specials and Soul Food Sunday every week.

Terra Brown said she started her Corvallis food cart, Terra’s Tastee Treats, because she didn’t really have a choice. Due to the novel coronavirus pandemic, she lost her job as kitchen manager for a local hotel.

“I was laid off for six months. I had to do something. … It was figure something out or ‘How am I going to pay my bills,’” Brown said.

The difficult setback turned into a blessing, though, as Terra’s Tastee Treats has proved popular and is gaining momentum.

The business, which has been open since February, is located in Common Fields, a downtown Corvallis food cart pod. Terra’s Tastee Treats specializes in barbecue pork and chicken sandwiches as well as desserts such as peanut butter pie, pineapple cake and more.

Operating a food cart was always something Brown wanted to do. She just needed a gentle push — or perhaps a rude shove, in this instance.

“I never had the guts to step out and do it until I was made to do it,” she said.

Brown grew up in Philomath, and she’s a 1988 graduate of Philomath High School.

Growing up, she learned to cook from her family, but she also worked at local restaurants alongside them. Starting at 17, she was a prep cook at Anthony’s Restaurant in Corvallis.

She became a kitchen manager for more than 20 years, including for an in-flight catering company out of Las Vegas. She said that experienced fine-tuned her culinary skills.

“All the chefs, English was like their fifth language,” Brown said. The multinational crew of chefs brought different backgrounds and perspectives, and treated cooking as fine art, where taste mattered, of course, but presentation did, too.

Brown returned to the mid-valley about three years ago to take care of her father, and she landed her job overseeing breakfast and catering for a local hotel.

After being laid off in the era of COVID-19 travel restrictions, Brown did a craft show at the local Elks lodge. She made up business cards and menus and was just planning to sell some pies over the holidays, but things snowballed.

“Everybody was calling me. Everybody in town wanted food,” she said. And so she started thinking big.

“The food truck, that opportunity popped up really quick so I just went for it,” Brown said. She bought her cart at about the same time Common Fields opened and was looking for vendors.

Among the employees at Terra’s Tastee Treats are her 17-year-old son Malik Brown, who was the Youth of the Year for the Boys & Girls Club of Corvallis, and 15-year-old son Marquis Brown.

The cooking and baking is done in a commissary kitchen east of town off of Highway 34.

Brown has found that she enjoys working for herself. “I have no restrictions. I can be creative. I can make what I want to make,” she said.

Terra’s Tastee Treats offers daily specials as well as specials for Soul Food Sunday. “It’s fun to get people to try new things,” Brown said. And some of her regulars don’t need any convincing to step outside their comfort zone. “They’re like, ‘Whatever you make, I’ll eat,’” Brown added.

Terra’s Tastee Treats, located in Common Fields at 545 S.W. Third St. in Corvallis, is open from 11 a.m. to 8 p.m. on Wednesdays through Sundays. For more information, go to the food cart’s Facebook page.

Don't get scammed out of your retirement

Forgotten expenses you should remember to budget for

Forgotten expenses you should remember to budget for

The best tacos in the mid-valley

The chemistry of coffee

Pendleton would join Bend and Redmond in an affordable housing pilot program under a bill now one step from legislative approval.

Oregon’s Bounty is offering a way for residents to track down farm stands with fresh spring produce and and plants.

Agricultural business students will help with marketing, sales and more; OSU creamery to get $20 million upgrade

Terra Brown created her food cart, Terra's Tastee Treats, after losing her job during the pandemic. The cart is at Common Fields, a food truck pod in downtown Corvallis.

Terra's Tastee Treats specializes in barbecue and desserts. The business has daily specials and Soul Food Sunday every week.