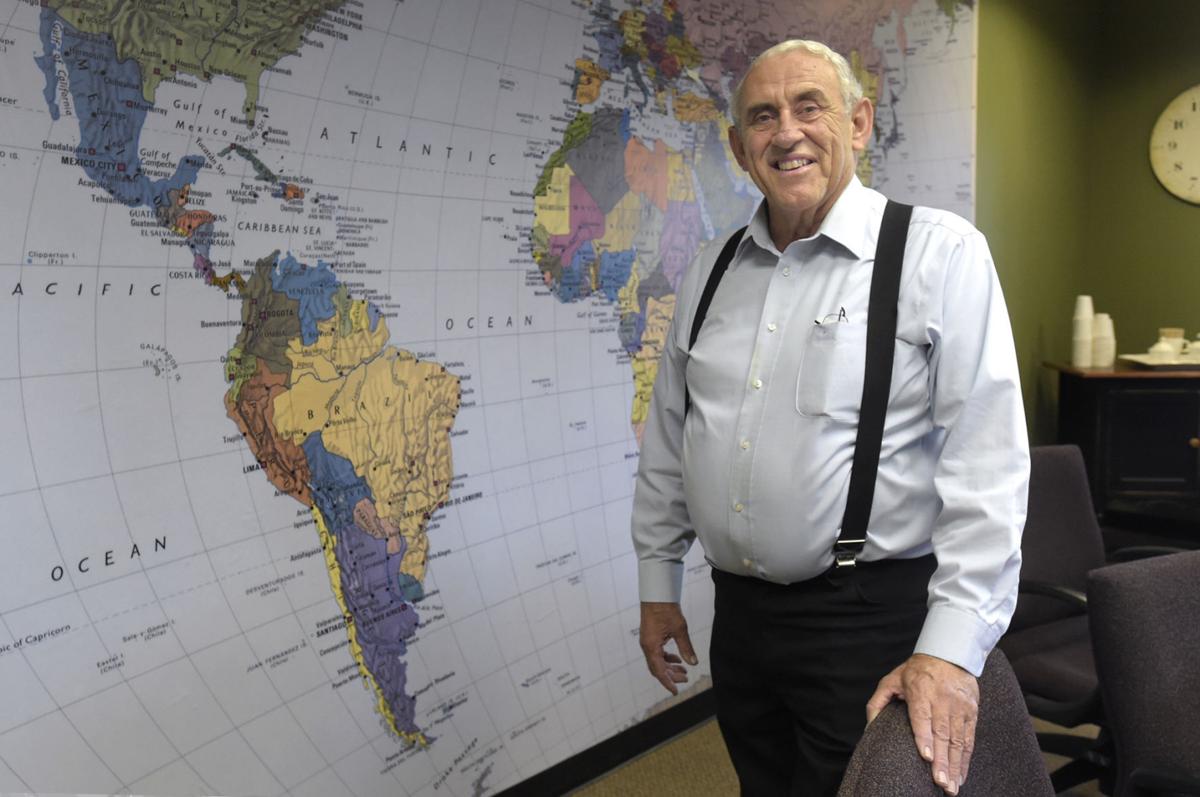 Jason Schrock has been a co-owner of Smith Seed Services in Halsey for 40 years. 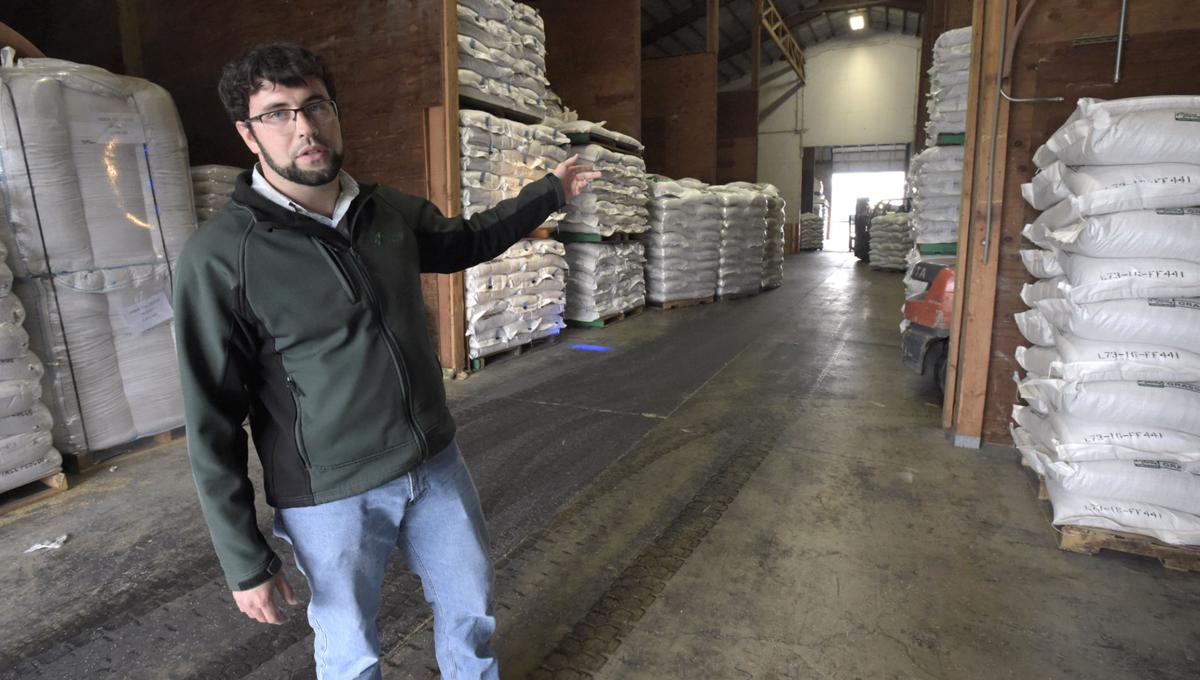 Joel Schrock, son of owner Jason Schrock, shows seed in a warehouse waiting to be shipped recently at Smith Seed Services in Halsey. 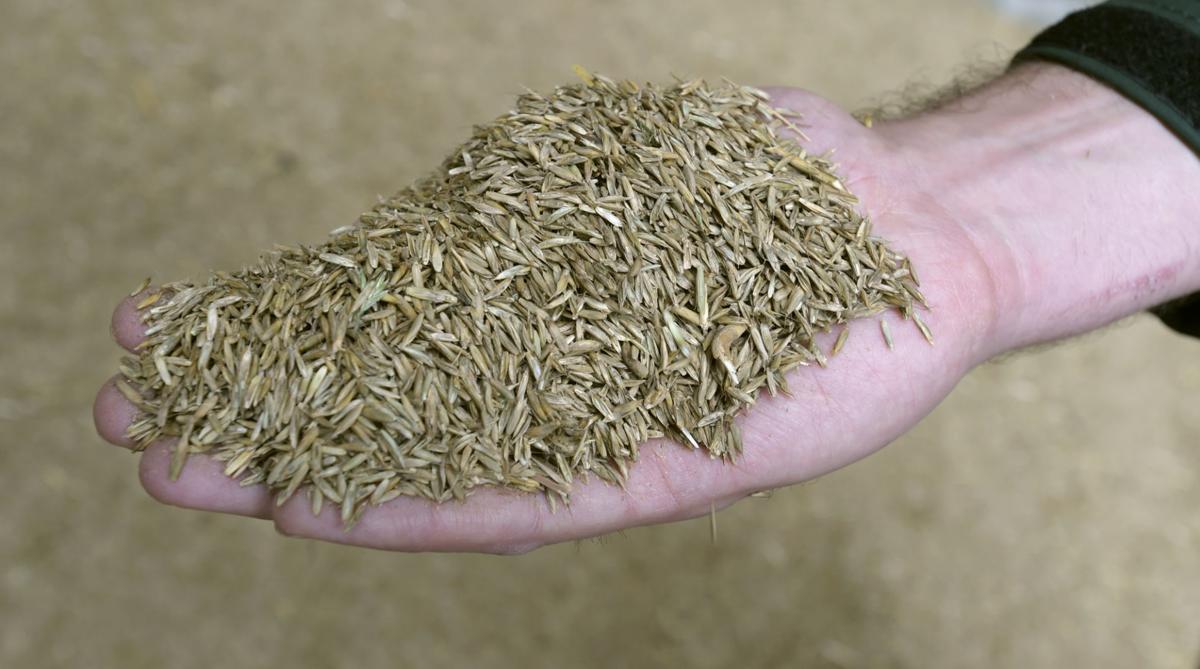 Grass seed is seen before it's cleaned at Smith Seed Services.

HALSEY — Jason Schrock said he and Paul Zehr didn’t set out to create a large company when they purchased Smith Seed Services forty years ago.

But the rural business has transformed into an international company with clients on every continent except for Antarctica.

In 1976, the wholesale buyer had about 10 employees and only sold, packaged and transported seed to Oregon companies.

Smith Seed Services now has more than 100 workers, as well as 50 temporary employees who work nine months of the year. Most of the Smith Seed Services product also goes out of state, and about 20 percent of sales are outside the United States’ borders.

“I couldn’t even name all the countries. We have three people on the way to Rome right now for an international seed convention,” said Galen Troyer, general manager.

The business’ massive growth has coincided with technical improvements that have resulted in more automation at seed warehouses, as well as specialized coatings that can make seeds easier to grow or drought, insect or disease resistant — or all of the above.

David Keister, Smith Seed Services management team member, said that the Halsey business is generally believed to be the largest coater of seeds in the world.

Smith Seed Services invested more than $5 million to install its seed coating plant during the economic downturn in 2008 and 2009, when many businesses were trying to cut costs.

“One thing with Jason and Paul is that they’re always willing to take a risk,” Keister said.

The duo have had success more often than not, however, and that’s in large part because of their traditional values.

“They’re both just genuine, honest, hardworking people,” Troyer said. And that’s led to stability. “Many of the employees have been here a long time,” Troyer added.

Schrock said that much of the growth, such as seed coating, has been driven by customers. “Our business philosophy has been to do the best job you can and meet the needs of the customers. And, as Paul would say, ‘Never say no,’” Schrock said.

Schrock and Zehr decided to branch out beyond Oregon in the 1980s because at that time, many of the Oregon seed dealers were speculators, and that exposed the Halsey business and local farmers to too much volatility in the market.

Selling seed all over the United States mitigated that, but it also meant that Smith Seed Services became competitors with many of its former customers.

Another change is that the company now grows a lot of seed for specific companies, rather than just purchasing from farmers. The Willamette Valley has thousands of acres of proprietary grass seed.

What won’t likely change is the company’s name. Smith Seed Services was formed by farmer George Smith, who, in 1956, converted an empty dairy barn into a seed cleaning plant.

“George Smith was a great fellow. He was known for his honesty and he was looked up to in the community, so we kept the name,” Schrock said.

He began working for Smith 50 years ago, and remembered that his former boss used to come to the office dressed the same as any other Halsey-area farmer.

“He said, ‘I just wanted to prove you could run a million dollar business in bib overalls,’” Schrock said.

Why you should know your parents' retirement plans

Why you should know your parents' retirement plans

How you can find the perfect financial advisor

How you can find the perfect financial advisor

What financial pros have to say about inflation fears

What factors are driving these inflation fears? Plenty. Also, check out more of the week's best finance reads from experts at NerdWallet, The Motley Fool and Forbes.

Here's how to snag an impressive Social Security payday -- and set yourself up with a lot more retirement income.

Comparing minimum wage to the cost of living in every state

Here's a look at how the minimum wage in your home state compares to the cost of living.

Claiming Social Security at 62? You May Need to Rethink That.

You might assume that filing for benefits as early as possible makes sense. But here's why that line of thinking could backfire on you.

Here's why filing for benefits as early as possible makes a lot of sense.

Millennial Money: Trial, error, and what I learned in my 20s

Your 20s are a time of self-exploration, finding your footing as an adult — and likely making some mistakes with money.

Could You Qualify for Social Security's $3,895 Maximum Benefit?

Here's exactly what you need to do to get it.

DETROIT (AP) — What would you splurge on if you won the lottery? Most people have a dream car or two on their list, but alas, most people neve…

Here's how you can score a much higher payday from Social Security.

Jason Schrock has been a co-owner of Smith Seed Services in Halsey for 40 years.

Joel Schrock, son of owner Jason Schrock, shows seed in a warehouse waiting to be shipped recently at Smith Seed Services in Halsey.

Grass seed is seen before it's cleaned at Smith Seed Services.