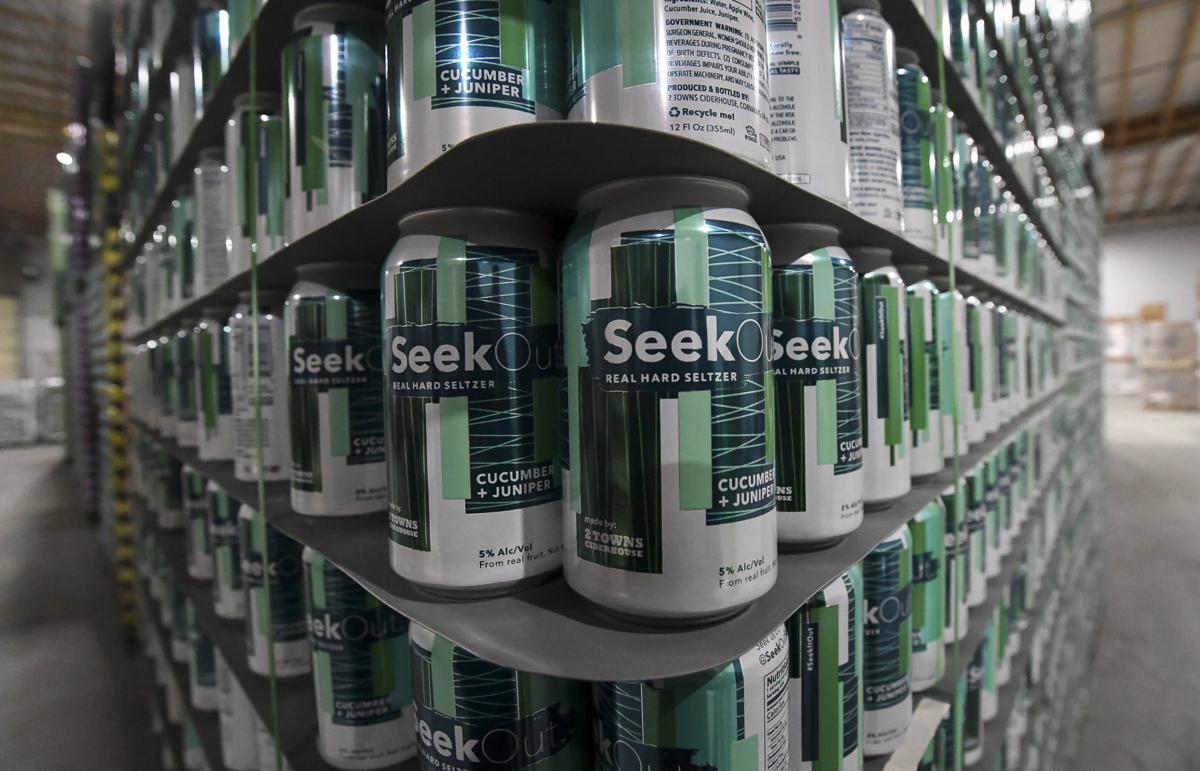 2 Towns Ciderhouse currently has four flavors of SeekOut Real Hard Seltzer, but more varieties will be on the way in 2020. 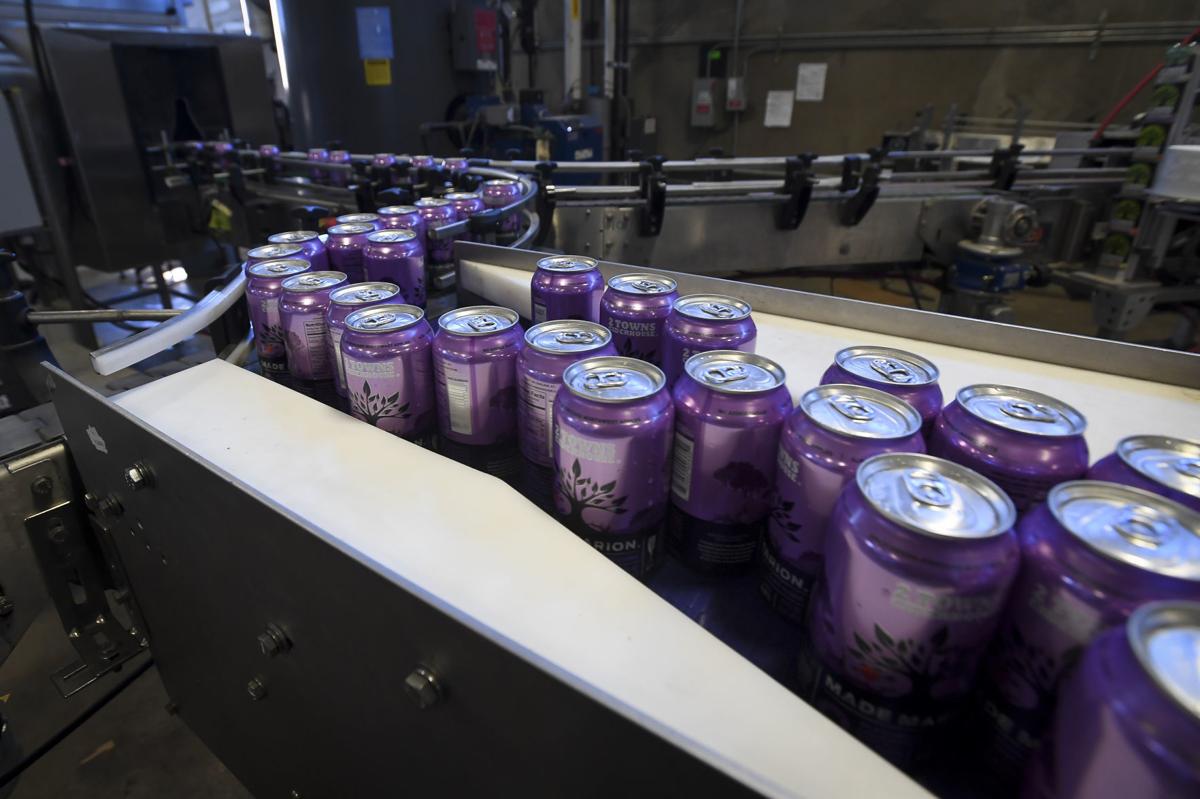 2 Towns Ciderhouse production is up about 50 percent from 2018, according to company CEO Lee Larsen. 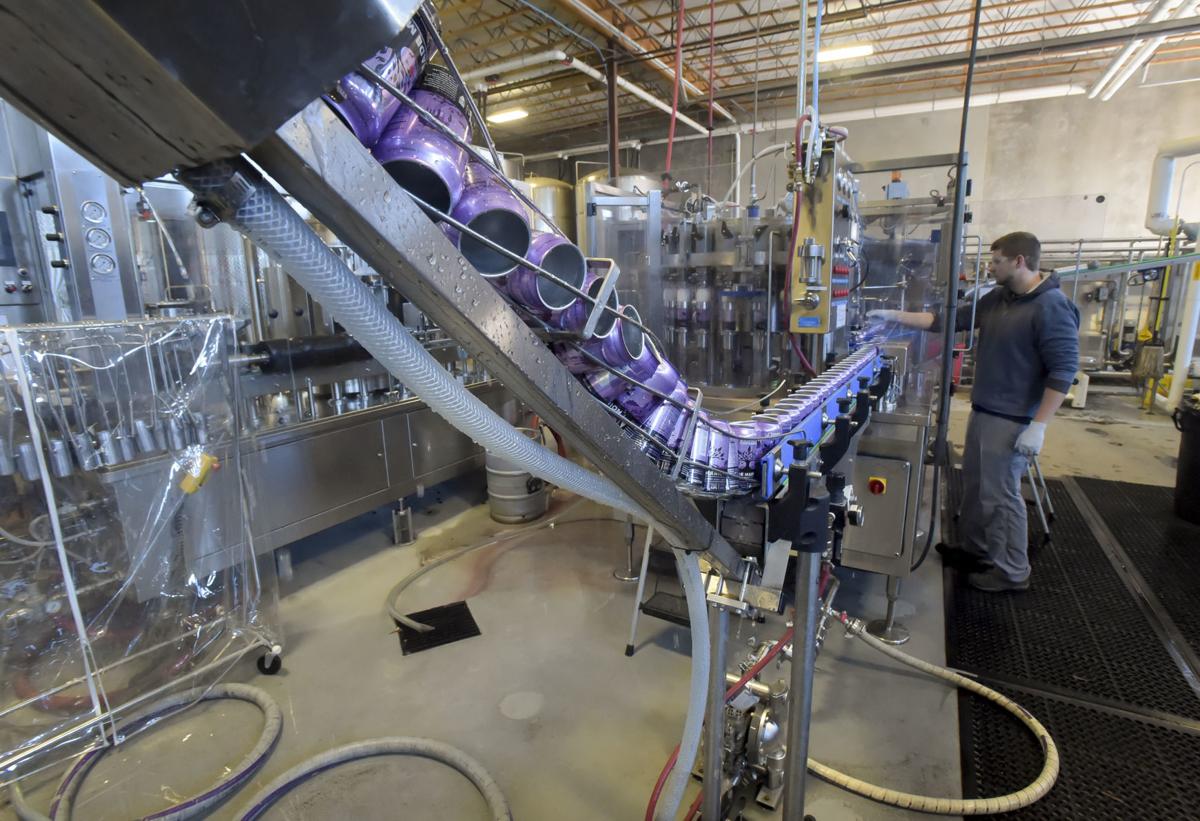 2 Towns Ciderhouse equipment and maintenance manager Brennen McMahon watches as cans of Made Marion cider are filled at the company's main production plant in this 2018 file photo.

2 Towns Ciderhouse has a hit on its hands with SeekOut Real Hard Seltzer, a suite of all-natural adult beverages which first hit the market in February.

Seltzer products now account for about 15% of the Corvallis-based company’s sales volume, said CEO Lee Larsen. And that figure is only expected to rise.

“We’ve been blown away by the response to SeekOut,” Larsen said.

New flavors will be on the way in 2020, but — sorry, Seekers — Larsen declined to provide any specifics. “Unfortunately, the flavors are still under wraps,” he added.

SeekOut also has helped the already massive growth of 2 Towns, which sold about 40,000 barrels of product in 2018, according to Larsen. That makes 2 Towns the sixth largest producer of beer or cider in Oregon, he added.

Other Oregon microbreweries are now making seltzer products of their own. Larsen welcomed the new entries into the marketplace, because he thinks it will help build the category’s popularity overall.

SeekOut already has a foothold on seltzer shelves as the quality pick for consumers, though, and Larsen expects that to make a big difference.

“We saw a lot of movement in the hard seltzer realm, and we’ve been tracking it since 2014,” Larsen said.

No one was making a hard seltzer in the spirit of craft brewing, however, and with SeekOut, 2 Towns was able to differentiate itself as an alternative to industrially produced seltzers such as White Claw and Truly.

“There’s a lot of people who are looking for the healthier option,” Larsen said. And each can is under 100 calories.

With SeekOut, all the sweetness and alcohol comes from apples, and there are no artificial ingredients, he added.

Other factors have played into 2 Towns’ rise besides its new seltzers, of course.

The company moved most of its production from the Eastgate Business Center to a new headquarters near the Corvallis Municipal Airport in 2018, and that facility has allowed 2 Towns to increase its volume.

The 2 Towns employees were the key to increased sales, Larsen said. “Our team is what makes things happen.”

The company was formed in 2010 by three friends who were initially the sole workers. In 2015, 2 Towns only had 30 employees. That’s stands at 100 workers today.

Ten years ago, the craft brewing movement in Linn and Benton counties was in its infancy with only three microbreweries.

Today, there are about 15 craft brewers in the mid-valley, though 2 Towns stands far above its compatriots in terms of production. The company makes more cider and seltzer than every other microbrewery combined in Linn and Benton counties.

Existing businesses besides 2 Towns also have expanded, however, and a reliable group of local mentors essentially have helped entrepreneurs incubate breweries.

It doesn’t hurt that the local adult beverages are good and different, said Jeff Tobin, owner of Mazama Brewing Co., headquartered in Corvallis.

“You can look at the products coming out of the mid-valley, for the ones that are fairly widely distributed, they’re quality products,” Tobin said. “Most of us have found a niche, and we have a reputation for that niche.”

Sales for Mazama have increased 600 percent since 2013, and the company sold 1,400 barrels in Oregon in 2018, according to commission figures.

The blossoming of the brewing scene has been and continues to be a collaborative effort, Tobin said.

And then there’s the role of Corvallis Brewing Supply, owned by Joel Rea.

The 2 Towns founders and other local brewers learned to make their products by working with Rea.

“We have a very active homebrew scene, supported by a great local homebrew store,” Tobin said. “I started as a homebrewer. If I was in a place that was a homebrew wasteland, I wouldn’t have had the people to collaborate and learn from.”

When 2 Towns Ciderhouse was formed in 2010, no one was making craft cider with the maverick spirit of microbrewing and all-natural ingredients…

Mid-Valley InBusiness: Region still has room for more brew, even in Monroe

2 Towns Ciderhouse is putting down roots.

MONROE – Todd Nystrom said he wanted to create something special to help save his hometown, which has turned desolate over the years, with mor…

Luke Seidel moved to Oregon about three years ago to work as a physician’s assistant, and he got introduced to the Pacific Northwest’s heady c…

2 Towns Ciderhouse currently has four flavors of SeekOut Real Hard Seltzer, but more varieties will be on the way in 2020.

2 Towns Ciderhouse production is up about 50 percent from 2018, according to company CEO Lee Larsen.

2 Towns Ciderhouse equipment and maintenance manager Brennen McMahon watches as cans of Made Marion cider are filled at the company's main production plant in this 2018 file photo.