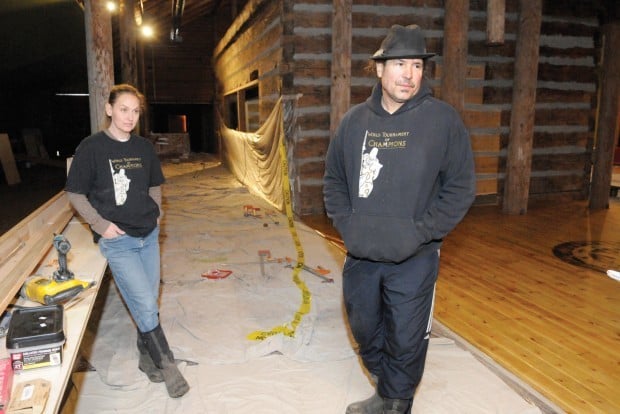 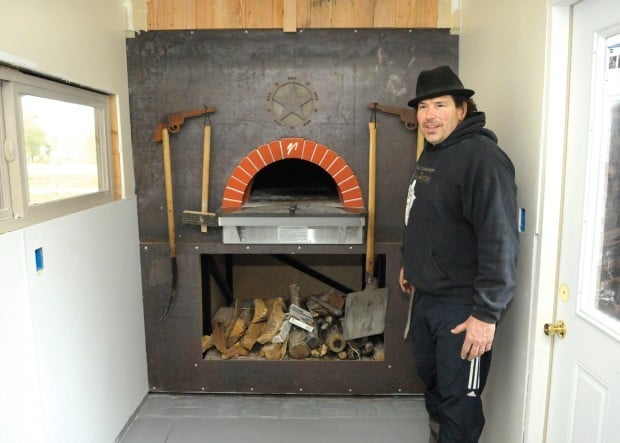 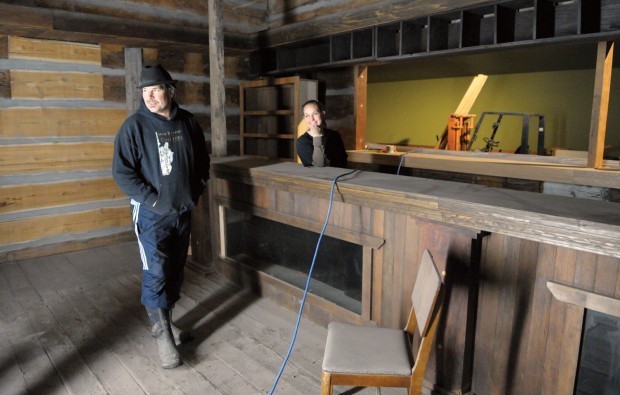 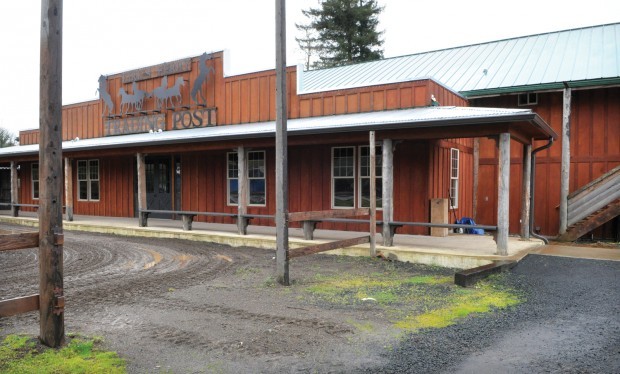 BROWNSVILLE — Greg Hopla is the first to acknowledge he’s never run a restaurant before, and that he’s had more practice with pirates than pioneers.

But after more than 20 years with Medieval Times and now with his own company, Knights of the Realm, the 53-year-old does know how to put on a show. And that’s what he plans to do with Kirk’s Ferry Trading Post.

It’s taken Hopla about a decade to rough out the trading post, which he plans to turn into a restaurant and pioneer-themed entertainment spot.

Work has been delayed because he’s paying for the project as he goes, while still traveling for much of each year to put on medieval-themed shows around the country.

Hopla and his wife and crew travel to county fairs, Renaissance fairs and special invitation events, where they set up castles, pirate ships or jousting arenas, then put on shows featuring swordfights and specialized horseback riding. He also sells custom-created medieval weapons and costumes.

In all the time he’s been traveling, however, Hopla said his heart has been home. And the time is drawing near — ideally, he said, before he leaves for Mexico in April to put on another show — when the trading post will welcome its first customers in more than a century.

Alexander and Sarah Kirk, among Brownsville’s earliest settlers, established a small, hand-hauled ferry over the Calapooia River in 1847. Kirk’s Ferry ran for six years, until Linn County paid for its first covered bridge.

A 40-by-30-foot cabin housed the trading post, at 217 W. Bishop just off Highway 228. The property and the building, which Hopla believes was constructed in 1846, later passed into the hands of Hopla’s great-grandfather, Justice Porter.

Hopla’s grandparents lived in the cabin, as did Hopla himself, with his wife, Shawna, when the couple wasn’t working in Los Angeles or on the road. When a windstorm damaged the roof in 2002, he decided to protect the legacy by enclosing the old structure in a new wooden building about three times the size.

That new, bigger building is where Hopla intends to put on his show. He’s built a kitchen, complete with a wood-fired oven; laid out a dining space and created a small indoor arena where people can watch both live and multimedia presentations about Brownsville’s pioneer history.

Hopla has a ledger from 1850 that lists residents whose family names are reflected today in some of the city’s most-traveled streets — Blakely, Washburn — and the items they purchased.

Eventually, he plans to use the ledger to recreate the feel of the trading post itself inside the cabin’s shell. He’s also looking for area crafters and artists so he can feature locally made goods for sale.

But the restaurant is his first focus. The equipment has been ordered and the county permit process has begun.

Hopla’s next goal is to find a chef and work out a menu. He’s leaning toward chicken and prime rib for starters, but the wood-fired oven, for which he constructed utensils and a new metal panel, is capable of just about anything.

“We’re looking to tap into the market where people won’t have to travel so far” for a night out, Hopla said.

Hopla said people have told him such an elaborate idea, for population-1,700-ish Brownsville, simply won’t fly.

But Hopla knows how to put on a show, and he figures he has the property, the tools and the experience to back it up.

“What’s life about? Isn’t it about doing different stuff?” he said. “Live the dream, that’s my motto.”

Dumb mistakes you can avoid when investing

McDonald's Teams Up With Biden Admin To Promote COVID Vaccinations

McDonald's Teams Up With Biden Admin To Promote COVID Vaccinations

How you can create a steady income for retirement

How you can create a steady income for retirement

Why you should shop small and support local businesses

Why you should shop small and support local businesses

Business in Brief (May 3)