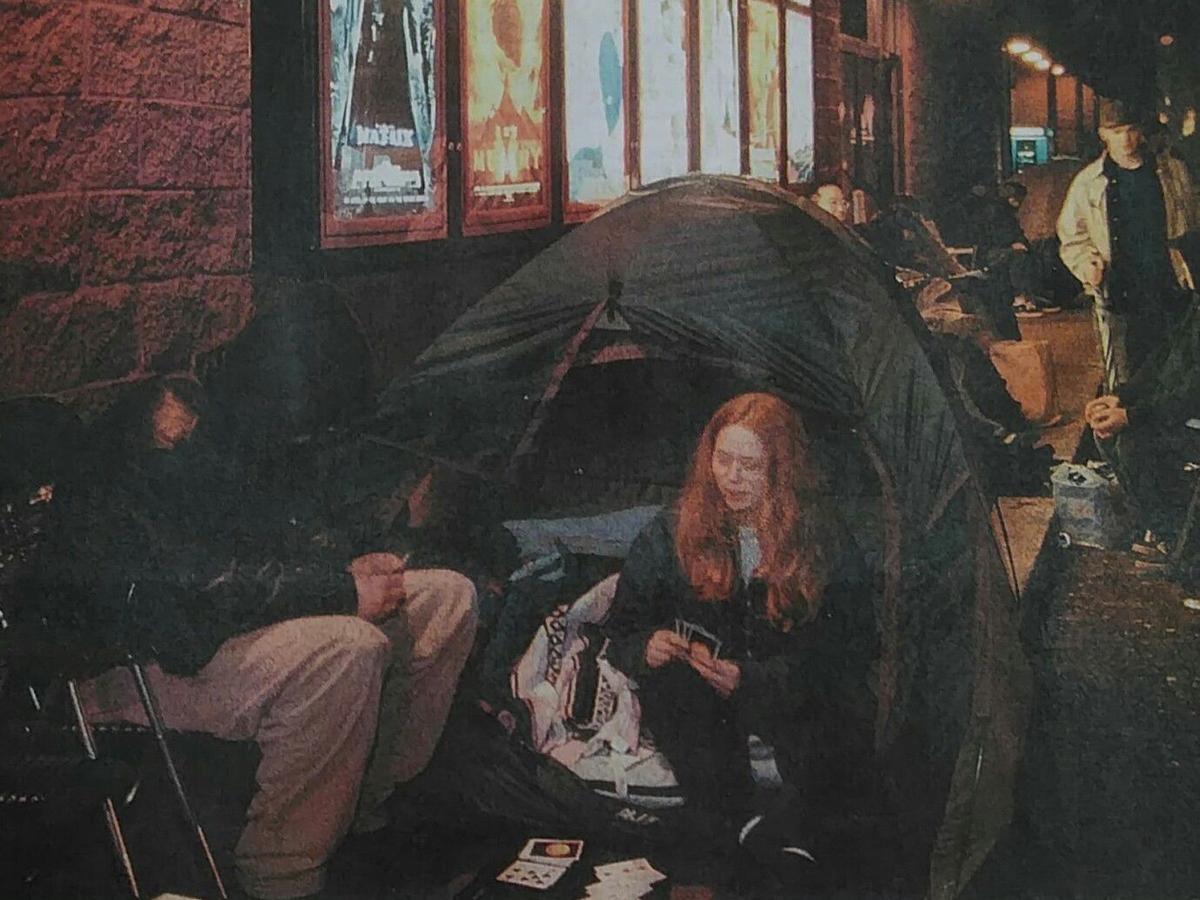 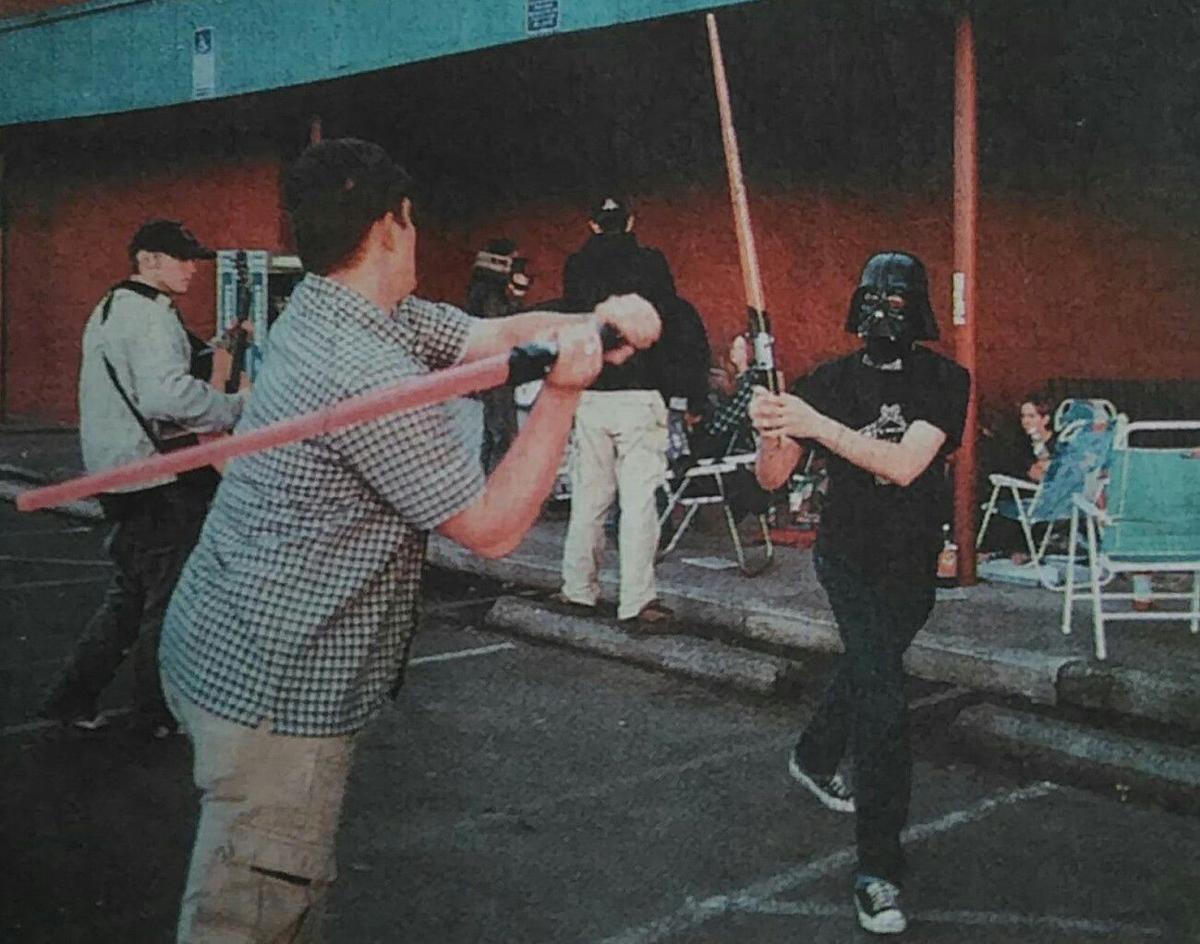 Vince Wells, 19, front, and 'Darth Vader' Matt Gerig, 18, both of Lebanon, duel with light sabers in the parking lot.

The following article originally ran in the Wednesday, May 12, 1999, edition of the Albany Democrat-Herald.

Jason Waggoner knows it's just a movie. He knows it will be shown on theaters all across America at least throughout the summer, and probably throughout the year.

But that didn't stop the 27-year-old from spending almost 42 hours in the Albany Regal Cinemas parking lot to buy the first available tickets, going on sale at noon today, for "The Phantom Menace," the first new "Star Wars" movie to be produced in 16 years.

The movie opens Wednesday, May 19. Some theaters, including Albany's, plan to start screenings at 12:01 a.m.

"I was a major "Star Wars' freak as long as I can remember," said Waggoner, who came down from Salem with his girlfriend, Lisa Stiers, 20, on the hunch that advance ticket lines would be shorter in Albany. They were the first, arriving at the parking lot at 6:30 p.m. Monday and pitching a tent that bore a cardboard sign: "Star Wars or bust."

They weren't alone for long. Lebanon residents Vince Wells and Brad Wilson, both 19, Ritchie Blackburn, 20, and his brother John Blackburn, 18, arrived just before 10 p.m. Their brother Aaron Blackburn, 16, followed in the morning.

Twenty-four hours later, the line had grown to more than 40 people.

Most of the parking lot campers brought lawn chairs. A handful came with tents. One fan even backed up a moving van, complete with couch.

"We have now eclipsed the Deadheads as the most loyal fans," said Andrew Lee, 21, a student at Oregon State University.

Why such devotion to a work of science fiction — and an old one, at that?

"(Star Wars) is an awesome movie," Stiers said. "George Lucas is a master. He's a wonderful writer and director. He was ahead of his time 15 years ago. I just can't wait to see what he has in store this time."

It doesn't matter if more recent films outstrip the original "Star Wars" in big-budget special effects, Ritchie Blackburn said. "There's been a billion guitarists since Hendrix, but look who they all learned it from."

"It goes beyond the movie," Wagner said. "It's an overused term, but it's kind of a culture of its own."

Signs of that culture were evident throughout the wait for tickets. Passersby stared curiously as fans played "Star Wars Trivial Pursuit" and "Star Wars Monopoly." Some read novels related to the series. A few dueled with toy light sabers. John Blackburn plucked out a few bars of Darth Vader's march on his brother Aaron's guitar.

Regal Cinemas personnel welcomed the campers, offering use of their restrooms and drinking fountains.

"Gotta give the theater two thumbs up," Waggoner said.

'Star Wars': She's got us where it counts

I have precisely four memories of attending films in the 1970s.

Vince Wells, 19, front, and 'Darth Vader' Matt Gerig, 18, both of Lebanon, duel with light sabers in the parking lot.