A "climate guardian" satellite set for launching this weekend will greatly help scientists keep track of the rise in sea levels, one of the most daunting effects of global warming, a senior official at the European Space Agency said Friday.

The satellite is named for a former Oregon State University scientist who died in August. Freilich was an internationally recognized oceanographer who left a strong legacy as a leader in developing satellite science. He helped to build OSU's College of Earth, Ocean and Atmospheric Sciences' long history of research in satellite remote sensing.

The discipline now spans sensor and satellite mission design, development of algorithms for retrievals of both physical and biological variables, and applications of satellite observations to study a host of oceanographic and earth science research questions.

Freilich left Oregon State in 2006 to become the director of earth sciences at NASA. Over the next 13 years, he increased the annual budget by nearly 50% to $1.9 billion and revitalized the agency’s fleet of Earth-observing satellites.

"This is a fitting honor for a man who helped transform space-based Earth observation and has brought together the best contributions from our global Earth science community to improve our collective understanding of how our planet is changing," said Stephen Volz, assistant administrator for the National Oceanographic and Atmospheric Administration's Satellite and Information Service, in a NASA press release.

Faculty at OSU's College of Earth, Ocean and Atmospheric Sciences also remember Freilich for his tenacity and brilliance.

"Mike meant so much more than NASA satellites to me,” said Jonathan Nash, a professor of physical oceanography at CEOAS. "His intensity was his trademark — he did everything 100% — and I knew I could always count on Mike for a mix of critical feedback and unbridled enthusiasm for some wacky idea to probe the unknown. I always appreciated this in Mike. He is missed."

Billions of people living in coastal areas around the planet are at risk in the coming decades as melting polar ice and ocean expansion caused by warming push waters ever higher up the shore.

Some studies estimate the world's oceans will rise by at least 2 feet by the end of the century, hitting low-lying regions from Bangladesh to Florida.

Aschbacher said measurements dating back to the 1990s show average sea levels rising first by about 0.12 inches per year, but in the past couple of years the annual rate was almost 0.2 inches.

While measurements are also taken at ground level, in harbors and other coastal areas, they don't provide the same precise uniform standard as a single satellite sweeping the entire globe every 10 days, he said.

The new satellite will also collect measurements at higher resolution than its predecessors, allowing researchers to peer more closely at small ocean features, especially along the coastlines.

Other instruments on board will measure how radio signals pass through the atmosphere, providing data on atmospheric temperature and humidity that can help improve global weather forecasts.

The satellite is due to be carried into orbit Saturday from Vandenberg Air Force Base in California aboard a SpaceX Falcon 9 rocket.

The Associated Press contributed to this report

To watch the satellite launch live go to https://www.nasa.gov/feature/nasa-invites-public-to-virtually-follow-launch-of-ocean-monitoring-satellite-sentinel-6.

Pfizer said Wednesday that new test results show its coronavirus vaccine is 95% effective, is safe and also protects older people most at risk of dying — the last data needed to seek emergency use of limited shot supplies as the catastrophic outbreak worsens across the globe.

Texas on Wednesday became the first state with more than 1 million confirmed COVID-19 cases, and California closed in on that mark as a surge of coronavirus infections engulfs the country from coast to coast.

In this Nov. 3 photo provided by the European Space Agency, the Sentinel-6 satellite is placed inside the upper stage of a Falcon 9 rocket. The joint European-U.S. satellite mission to improve measurements of sea level rise is being launched Saturday from Vandenberg Air Force Base in California. 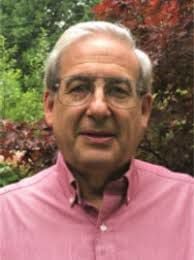