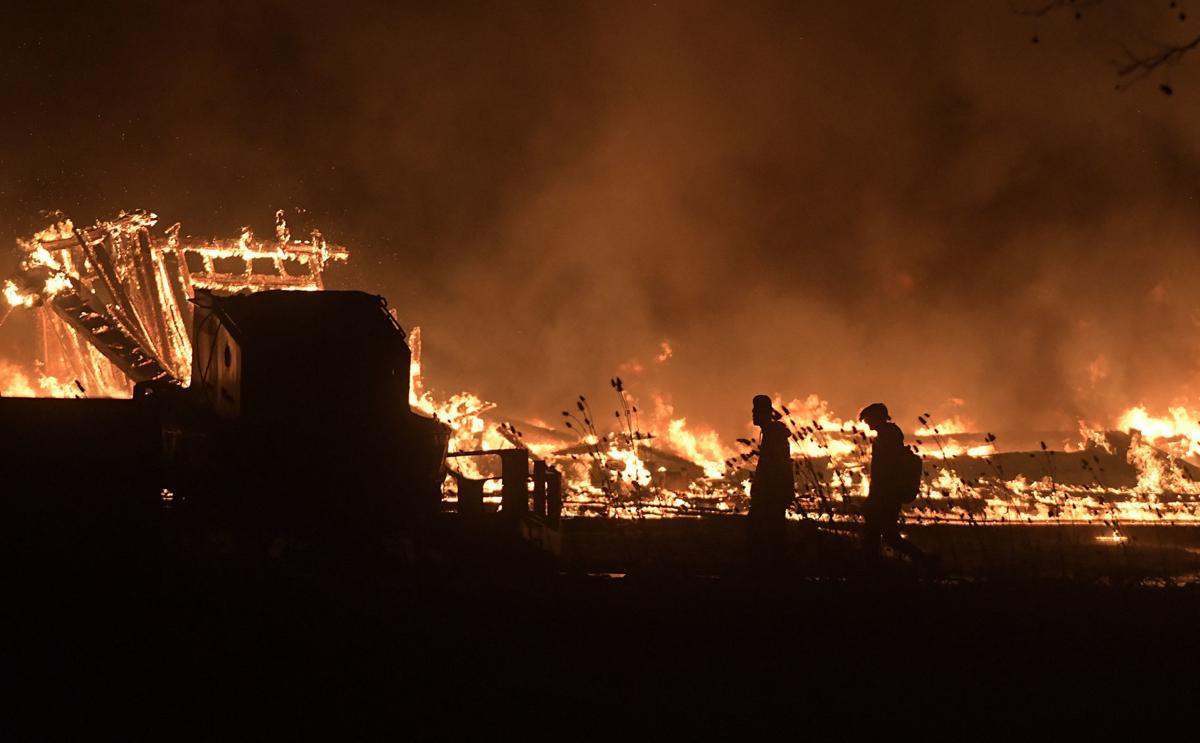 Two passersby are silhouetted by Monday night's fire at the former Champion Mill site, where crews from Lebanon, Sweet Home, Brownsville and Scio battled a second-alarm blaze for three hours. Lebanon police later escorted the passersby and a female from the site. See more photos in our online gallery. 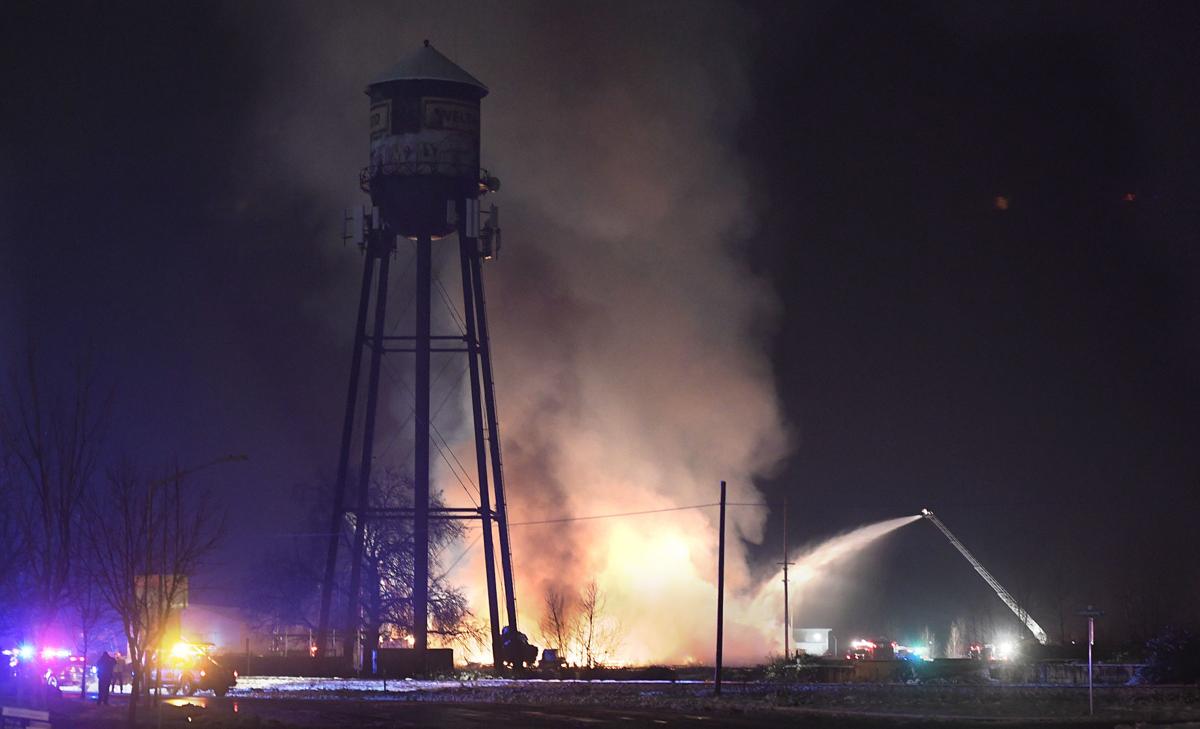 The cause of Monday night's fire at the former Champion Mill site in Lebanon remains under investigation, according to Lebanon Fire Division Chief Jason Bolen.

The call came in at 8:15 p.m. Monday, and crews from Lebanon, Sweet Home, Brownsville and Scio remained on scene until about midnight. Bolen said it was possible the fire was started by homeless individuals attempting to stay warm after a winter storm dumped snow in the area.

“It’s one possibility,” he said. “When cold weather hits like this and when we have properties known to have transient individuals moving through them, it’s a possibility it was a warming fire and that could have been the cause. It’s a 50,000-square-foot building that’s completely on the ground so it’s going to be difficult to determine the cause.”

David McClain, who maintains the property that stretches from the highway to the mill site, said homeless individuals have been camping in the area for at least three years.

“There’s a strip of land there that I cleaned up 11 homeless camps and two of those camps had children’s belongings in them,” he said, noting that he had called to report a fire on the property four months ago.

According to Deputy State Fire Marshal Jonathon Jones, it was still unknown if there were bodies on scene, but he said there wasn’t anything to lead him to believe there was.

Jones said Tuesday morning that his agency had released the scene to the Lebanon Fire District and that his original impression had been that the incident was caused by a warming fire.

In October 2008, a twin building on the property burned down as well. Bolen did not immediately recall the cause.

A Lebanon suspect has been accused of causing the Champion Mill fire in February, which destroyed a shuttered 50,000-square-foot building at t…

Arsonist sentenced to year in custody for Lebanon mill fire

Two passersby are silhouetted by Monday night's fire at the former Champion Mill site, where crews from Lebanon, Sweet Home, Brownsville and Scio battled a second-alarm blaze for three hours. Lebanon police later escorted the passersby and a female from the site. See more photos in our online gallery.